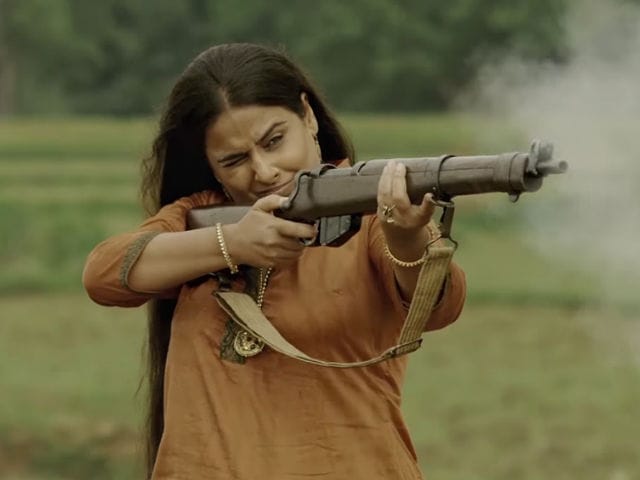 Begum Jaan is the story of a brothel madam, Begum Jaan (played by Vidya Balan) and 11 other prostitutes living in her brothel which stands between the proposed line of division during India's partition. Begum Jaan refuses to vacate her home and resists attacks from goon, coersive tactics of the East India Company Officials and local politicians. Ultimately she dies in her own home but on her own terms.
Watch the trailer of Begum Jaan:

Begum Jaan opened to damp reviews on Friday. Saibal Chatterjee gave the film 2.5 stars rating and described the film as : "A potentially explosive idea lost in banshee-like shrillness, rapid-fire storytelling and much volatility triggered by a collision of history and hysteria." However, the film critic praised Vidya Balan for her performance. "Vidya Balan goes all out and delivers a knockout performance as the madam of a brothel," he wrote.
Begum Jaan also stars Gauahar Khan, Pallavi Sharda, Naseeruddin Shah and Chunky Pandey.