Begum Jaan Box Office: It clashed at the box office with Hollywood's much talked about film The Fate Of The Furious 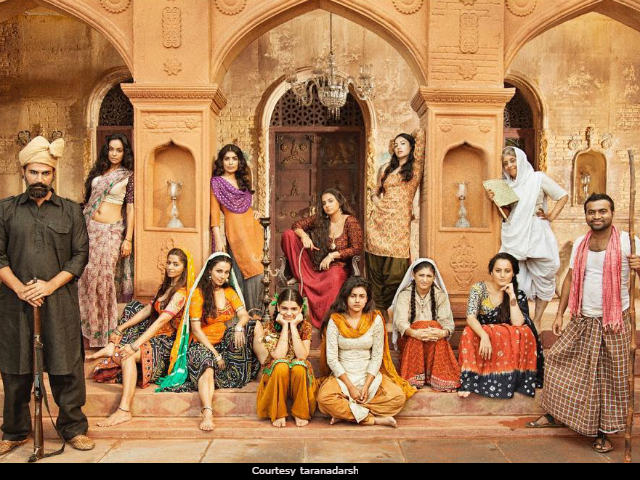 Vidya Balan's period film Begum Jaan has collected a total sum of Rs 14.94 crore in five days, trade analyst Taran Adarsh reported on Wednesday. Begum Jaan arrived at the theatres in March 31. The box office performance of Vidya Balan's Begum Jaan has so far been the best on Sunday with a single day collection figure of Rs 4.03 crore, reported Mr Adarsh. Begum Jaan witnessed a noticeable dip in the box office deliverance with Monday recording the least collection figures. Taran Adarsh also provided a day wise break-up of Vidya Balan's new film, in which she features as the guardian of a Partition-era brothel.
This is what Mr Adarsh tweeted on Wednesday:

Vidya Balan, who is best known to be the star of women-centric films, shared the reason behind her coming on board for the film, told NDTV: "I was just getting comfortable to express anger. All my life I wanted to be nice, I wanted to be liked. So I always found it difficult especially after becoming an actor. Hence, I told him I am ready and he brought me Begum Jaan."
However, in his review for NDTV Movies, Raja Sen wrote: "Begum Jaan is a highly melodramatic film that waxes frequently on how Hindus and Muslims are the same beasts, but - at its core, under all the shrillness - it is a frustratingly straightforward film about an eviction being carried out."
Helmed by National Award-winning director Srijit Mukherjee, Begum Jaan also features Gauahar Khan, Pallavi Sharda, Naseeruddin Shah and Chunky Pandey in key roles. It clashed at the box office with Hollywood's much talked about film The Fate Of The Furious.