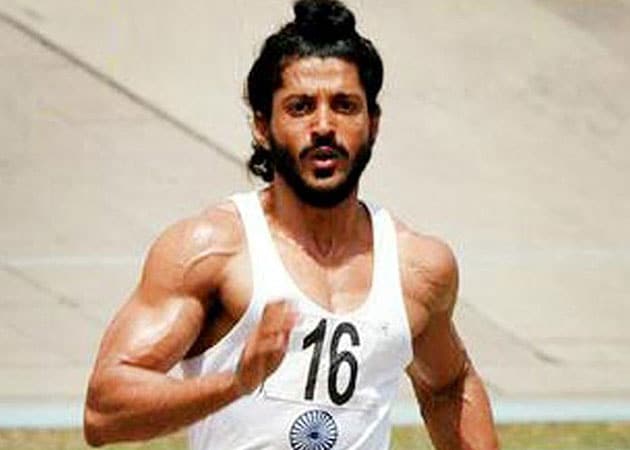 Three releases came out at the weekend, but none could set the box office on fire, while director Rakeysh Omprakash Mehra's Bhaag Milkha Bhaag, which has entered the Rs 100 crore club, continues to be the audience's favourite even in its fourth weekend.

Three releases came out at the weekend, but none could set the box office on fire, while director Rakeysh Omprakash Mehra's Bhaag Milkha Bhaag, which has entered the Rs 100 crore club, continues to be the audience's favourite even in its fourth weekend.
Rabba Main Kya Karu, Chor Chor Super Chor and BA Pass came out this Friday.
Director Amrit Sagar's Rabba Main Kya Karu had Arshad Warshi as the star attraction, which talked about marriage and extra marital affairs. Even though Arshad had promised that the movie would be a treat to married men, it failed to impress either married or unmarried folks.
Next in the line was director Ajay Bahl's BA Pass, which starred Shilpa Shukla of Chak De! India fame and Shadab Kamal. Made on a budget of about Rs 3.5 crore, it was an erotic drama, but didn't have enough steam to race ahead and beat Bhaag Milkha Bhaag.
According to trade analyst Taran Adarsh's post on Twitter, among the new releases, BA Pass has fared better.
"The word of mouth has been strong, which translated into ample growth over the weekend. Opening weekend is approx Rs 4 crore," he tweeted.
Commenting upon the success of Bhaag Milkha Bhaag, Adarsh tweeeted that it crossed the Rs 100 crore mark in its fourth weekend.
"Emerged the second biggest grosser of 2013 thus far, after YJHD (Yeh Jawaani Hai Deewani)... Overall, super hit. Blockbuster in North circuit."
Puneet Sahay of Spice Cinemas said: "There was 70 percent occupancy, but less takers for the movie on Monday. Rabba Main Kya Karu had only 20 percent opening."
Another movie that received cold response from the viewers is director K Rajesh's offering Chor Chor Super Chor, actor Deepak Dobriyal's first film as lead actor.
"Chor Chor Super Chor had least buyers. There were hardly 20 to 30 people who watched the film on the first day," said Sahay.
Rajesh Thadani of Multimedia Combines too gives thumbs up to BA Pass.
"BA Pass is the best among the three...but I doubt if any of them will be able to move to the next week," said Thadani.
Meanwhile, Bhaag Milkha Bhaag has entered the Rs 100 crore club and Thadani added: "Bhaag Milkha Bhaag has been a landmark movie and I am sure it will hold the position even in the next week."