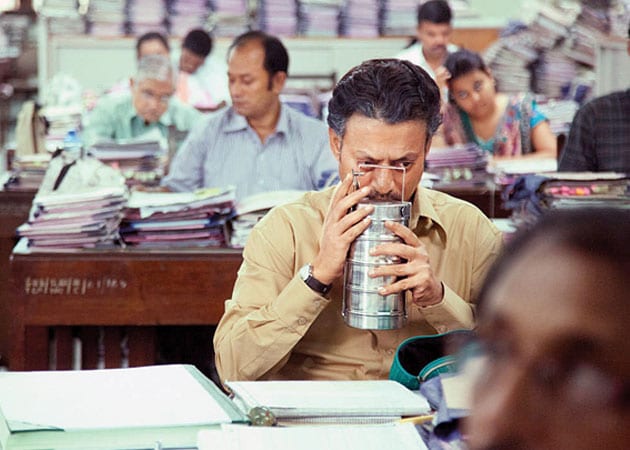 The Lunchbox was critically acclaimed.

The year 2013 was one of Bollywood blockbusters. It began with hit Race 2 in January and the Dhoom 3 December release capped it on a high note. If viewers picked and chose their favourite films, directors too have a favourite list.

The year 2013 was one of Bollywood blockbusters. It began with hit Race 2 in January and the Dhoom 3 December release capped it on a high note. If viewers picked and chose their favourite films, directors too have a favourite list.
As expected, the numbers and the critical appreciation did not tally. A film like Ship Of Theseus, which emerges as a clear favourite among the directors, had abysmal box office collections. On the other hand adult comedy like Grand Masti, which was panned by all, had the cash counters ringin.
Significantly, filmmakers below show a healthy respect for box office winners. Rohit Shetty's Chennai Express and Ayan Mukerji's Yeh Jawaani Hai Deewani feature in several directors list of favourites. And some precious favourites of the year like Bhaag Milkha Bhaag and Kai Po Che had both the box office and the critics cheering in approval.
Here is the list of directors' favourite film of 2013:
Sujoy Ghosh: Chennai Express, Nikhil Advani's D Day, Abhishek Kapoor's Kai Po Che, Maneesh Sharma's Shudh Desi Romance, and Ritesh Batra's The Lunchbox.
Aanand Rai: Loved the way the director handled the subject and characters in Kai Po Che. Rakeysh Mehra and Farhan Akhtar displayed a superb team spirit in Bhaag Milkha Bhaag and enjoyed Sanjay Leela Bhansali's Ram-Leela purely and entirely for Deepika Padukone.
Vijay Krishna Acharya: Asghar Farhadi's A Separation. This was the only film I saw in 2013 as I was busy with Dhoom 3.
Abhishek Choubey: Anand Gandhi's Ship Of Theseus, Ritesh Batra's The Lunchbox, Vikramaditya Motwane's Lootera. These were original in thought, well-crafted and made with love.
Prabhu Deva: Ramaiya Vastavaiya, R...Rajkumar, Chennai Express. The first two because they were mine and the third because it's Shah Rukh Khan.
Ajay Bahl: Ship Of Theseus for its brilliant cinematography, riveting performances and the simplicity with which it put forward its argument. Hansal Mehta's Shahid for that awesome performance by Raj Kumar Rao, Lootera for Mahendra Shetty's astounding cinematography and Vikramaditya Motwane's masterly craft.
Ritesh Batra: Yeh Jawaani Hai Deewani was fun to watch. Hansal Mehta's Shahid because of the honesty and Rajkumar Gupta's Ghanchakkar because Vidya Balan is always fun to watch.
Subhash Ghai: Bhaag Milkha Bhaag, The Lunchbox and Lootera. I took something home from each of these films.
Tigmanshu Dhulia: Raanjhanaa for Dhanush, who was so fresh and endearing, Kai Po Che cast was fresh and their bonding was fantastic and D Day for its excellent pace and for being taut thriller.
Subhash Kapoor: Kai Po Che for its simple but powerful narrative style, Bhaag Milkha Bhaag for Farhan's dedication to the role, and Shahid for raising a disturbing and relevant issue.
Gauri Shinde: Raj Nidomoru & Krishna DK's Go Goa Gone, Yeh Jawaani Hai Deewani and Chennai Express.
Mrigdeep Lamba: Ship Of Theseus for fresh story. It's moving, philosophical as well as cinematic. Lootera for classic storytelling, and excellent craft, and new-age bio-pic Shahid for dramatic storytelling and above all, honest portrayal of a harsh reality.
Gyan Correa: Ship Of Theseus, The Lunchbox and The Good Road. They were fresh films offering new cinematic expressions. They were honest labours of love.