Bhoothnath Returns director on how he cast Parth Bhalerao 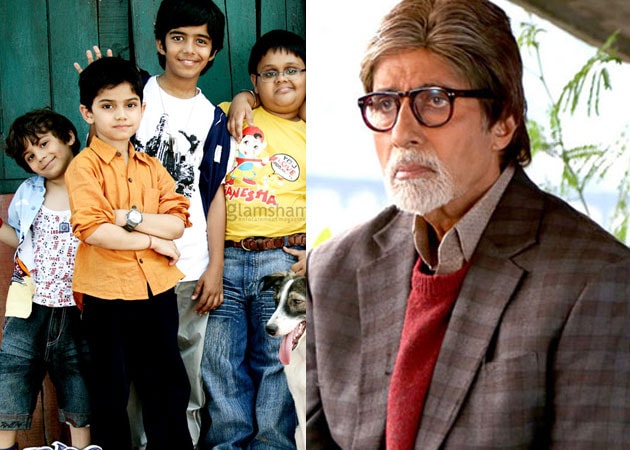 After co-directing Chillar Party and directing the recently released Bhoothnath Returns - both with children at their core - Nitesh Tiwari is getting ready to try his hand at a completely new genre.

After co-directing Chillar Party and directing the recently released Bhoothnath Returns - both with children at their core - Nitesh Tiwari is getting ready to try his hand at a completely new genre.
"It's just a coincidence that my first two films featured kids in a central roles. My next film would be a complete departure from these two films," Tiwari said. (Also read:Party Toh Banti Hai: Amitabh Bachchan celebrates with Bhoothnath Returns cast )
He is happy that Bhoothnath Returns, starring Amitabh Bachchan and Parth Bhalerao, has been warmly received by the audiences.
"We were working on a concept that wasn't time-tested. We could've lost the audience. But they've accepted the film so warmly. It feels good," said Tiwari.
Tiwari, who earlier worked with a bevy of child actors in Chillar Party, feels connecting with children without patronizing them is of utmost importance.
"It would've been suicidal to bring Parth into the project unless I was sure about him. God forbid if after shooting I realized he wasn't right for the role. It would've been impossible to replace him," he said. (Also read: Partho doesn't know he's won a National Award: Amol Gupte )
Tiwari has earlier gone through the heartbreaking process of asking child actors to leave while shooting.
"It's happened a number of times while I was shooting my ads. Children who sparkled when I met them, froze in front of the camera. It was very painful to replace them. During this film or my earlier feature Chillar Party, I couldn't afford the luxury of working with kids who couldn't deliver what I expected them to.
"In Bhoothnath Returns, we were working on a very tight schedule. Any glitch would have been destructive," he said, adding that Parth was not the first choice for the part of Akhrot in Bhoothnath Returns.
"After many auditions I had zeroed in on two kids. One of then, Owais lost the role by a narrow margin. I offered Owais another role in my film as I didn't want him to feel left out. Rejection at that young age can be an awful burden to bear on those little shoulders," he said.
Tiwari says he chose Parth as he already had a Marathi film behind him and knew how to occupy camera space in a feature film.
"Also more importantly, Parth wasn't intimidated by Bachchan saab. That was very important. The boy Akhrot and the ghost had to share screen space throughout. The child actor had to be relaxed in Bachchan saab's company. Parth performed without the least self-consiousness," he said.
The director also gives the Big B full credit for taking the child under his wings.
"He treated Parth like a friend."