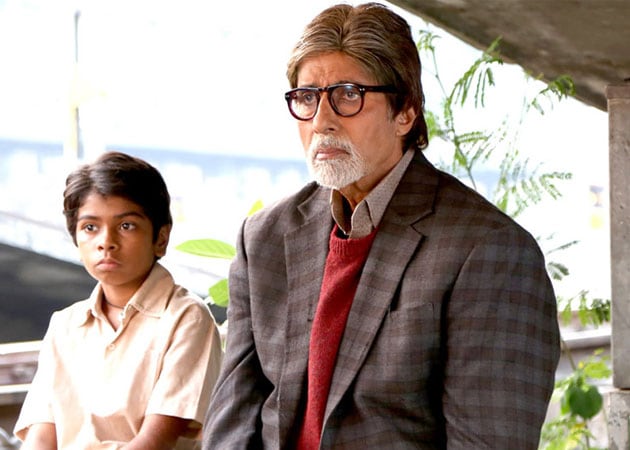 Also starring child actor Parth Bhalerao, who was called the film's hero by Big B, Bhoothnath Returns carries a social message interspersed with dollops of entertainment.

Amitabh Bachchan has packed a punch with his new film Bhoothnath Returns, which not only opened to a positive response from both the critics and audiences, but the comedy has also proved to be commercially viable. It has earned over Rs 18 crore in its opening weekend at the domestic box office.
Also starring child actor Parth Bhalerao, who was called the film's hero by Big B, Bhoothnath Returns carries a social message interspersed with dollops of entertainment.
"Bhoothnath Returns (has collected) Rs.18.02 crore nett. India business. Excellent growth over the weekend," trade analyst Taran Adarsh tweeted on April 14.
Directed by Nitesh Tiwari, the sequel to 2008's Bhootnath hit the screens on April 11 and critics appreciated the film saying that the film is an "ennobling voyage into Indian elections", "utterly entertaining" and "it's entertainment Bachchan style!"
Even cinegoers had positive words for the film. "Bhoothnath Returns should be telecast nationwide to the masses. Such a brilliantly made movie, with a profound message and suitably released around election time," said one of the moviegoers.
Former VJ Maria Goretti also watched the film and was amazed to see the turnout.
"The theatres are packed with families and excited faces of kids, waiting to watch their favourite Bhoothnath Returns," she posted on Twitter.