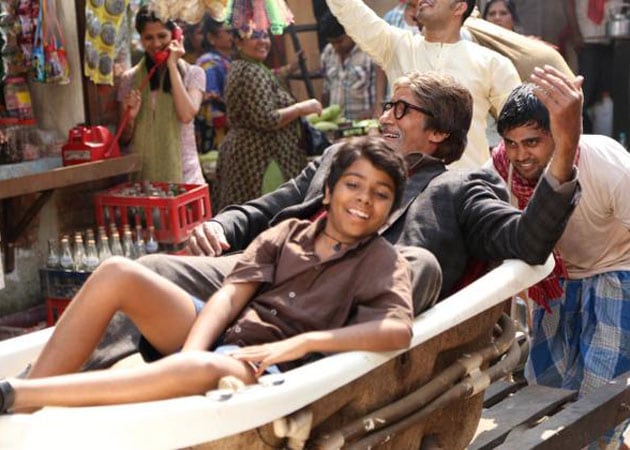 In the film, Bhoothnath returns to earth and contests elections against a local politician

In the past few months, Salman Khan's Jai Ho and Madhuri Dixit's Dedh Ishqiya were made tax-free in Uttar Pradesh.

The Uttar Pradesh government has decided to make Amitabh Bachchan's latest Bollywood film, Bhoothnath Returns, tax free across the state, an official said on May 1.
A decision to waive off entertainment tax on the film was taken at the highest level, he added. The film, co-produced by Ravi Chopra and Bhushan Kumar, is currently being shown at 200 places in the state. (Also read: Movie review: Bhootnath Returns)
With the tax-free dole, the government said, it hoped that more and more people will be able to view the film, which promotes voting.
Government order regarding this decision was released on April 30 by principal secretary (Entertainment Tax) Biresh Kumar.
In the past few months, Salman Khan's Jai Ho and Madhuri Dixit's Dedh Ishqiya were made tax-free in Uttar Pradesh.
The decision to waive off entertainment tax on these two films, however, had run into controversy as the decision came days after both Madhuri and Salman performed at an event - Saifai Mahotsava at Chief Minister Akhilesh Yadav's native village. Opposition parties had alleged that the tax dole was in lieu of the stars' performing at Saifai.
Amitabh shares a good rapport with the Yadav family. Jaya Bachchan, wife of the megastar, is a Samajwadi Party MP in Rajya Sabha and has been chairperson of the Film Bandhu in the previous Mulayam Singh Yadav government.