Big B, Naseeruddin Said No to Role Muzaffar Ali Cast Himself in 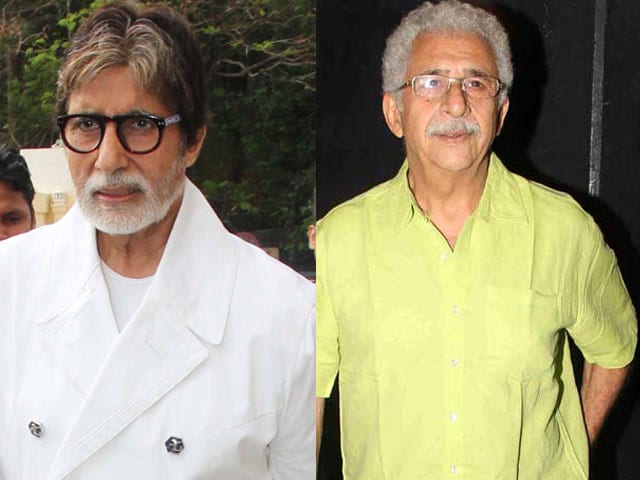 Big B and Naseeruddin Shah photographed at an event in Mumbai

Director Muzaffar Ali is all set to exhibit his acting skills in Jaanisaar, which has also been directed by him. However, he has revealed that he wanted to cast Amitabh Bachchan and Naseeruddin Shah for the role, which he eventually did himself.
"According to the demand of the script, we required a person who somewhat resembled me. We were thinking about Naseeruddin and Amitabh, but both of them didn't have the time. That's according to us, but according to them, we would have perhaps got their time only after two years," he said.
The Umrao Jaan director said that his son Shaad prompted him to do the film. "My son told me that I should do the role. I told him that if you'll be around, then I'll do it and eventually I did it," he said.
However, he also added that he 'committed a mistake' by agreeing to act in the film.
Jaanisaar is a period drama, which features Creature 3D actor Imran Abbas and designer Pernia Qureshi, who will make her Bollywood debut with this film.
Regarding his character, Mr Ali said: "If you look at my character, you'll find that it is extremely exciting. He is a person who has experienced 1857 and has noticed how a corpse was hanging on every tree. He realised that for this revolt, not just aggression, but consciousness was also required."
"He tries to keep the fire alive and also becomes an inspiration for the girl, played by Pernia. He is aware of all the secrets associated with this boy played by Imran. However, the secrets are revealed in the end," he added.
The scenes which feature Mr Ali have been directed by his son Shaad, who has also directed films like Saathiya, Bunty Aur Babli and Kill Dil.Jaanisaar is slated to release on August 7.