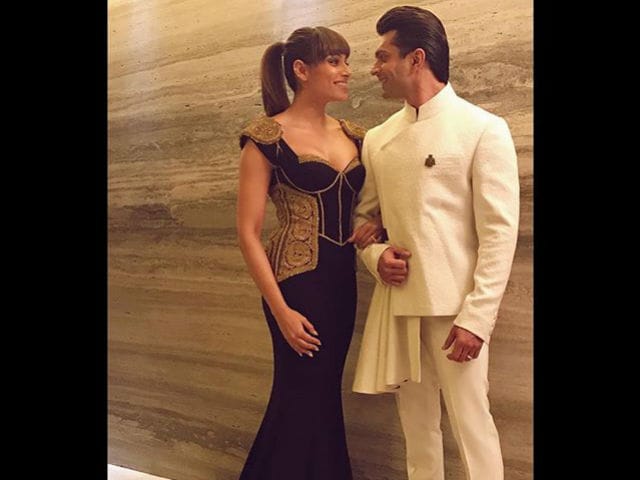 Actress Bipasha Basu and Karan Singh Grover looked like a million bucks when they attended a style awards show on Saturday. Social media just can't get enough of these pictures of them.
Two days later, they are still trending. Their Instagram pictures are making everyone senti.


The Grover's are ready for the Filmfare Glamour & Style Awards

Bipasha wore a Shantanu and Nikhil-created black and gold dress. She tied her hair up in a neat ponytail with bangs.


Filmfare glamour and style awards Wearing @shantanunikhil Styled by @shyamliarora Thank you shy!! You're the best!

Here's another picture from Karan with his gorgeous wife.


You my love are the most gorgeous being ever created... Thank you for being mine

Bipasha Basu and Karan Singh Grover met while shooting Alone, which released in 2015. The couple fell in love and married on April 30 this year. Their Instagram accounts are a delight.


My best friend, my lover, my girlfriend and my wife... @bipashabasu you always make everything better than it already is! Had an awesome time shooting with you! Thank you @shyamliarora and @ritznc