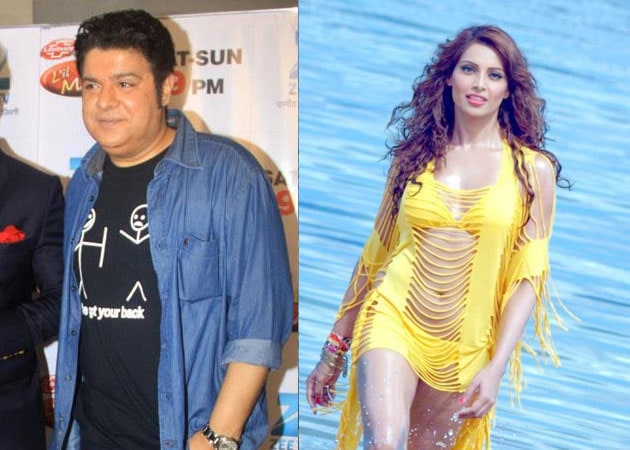 Actress Bipasha Basu, who decided to refrain from promoting Humshakals prior to its release, says she won't work with Sajid Khan, the film's director, ever again.

Actress Bipasha Basu, who decided to refrain from promoting Humshakals prior to its release, says she won't work with Sajid Khan, the film's director, ever again.
Bipasha, who was seen as one of the six key characters in the comic film which wasn't received well, has nothing against the film's co-producers Vashu Bhagnani and Fox Star Studios. But she is glad she took a stand against promoting Humshakals when it was required.
She had said she was "extremely disturbed by the end result" of the film and "didn't know how to promote the film with all honesty".
Asked if she will work with Sajid again, Bipasha said here in an interaction: "No, I will never work with him."
"I have nothing against Vashu-ji and Fox Star Studios. They have put in so much money and I respect that. I love Vashu-ji, it's just that I didn't want to come to a podium and lie and look like a fool. I am the worst liar in the world. So I took a stand."
Bipasha says such situations are rare.
"I have been in this industry for way too long. I have worked with many people and nobody has said anything against me. It's rare that you make such a mistake, it's one of those films. I did this film on the basis of trust. Anyone who has seen the film will understand why I didn't promote it.
"I was six minutes into it and I don't know what I was doing in it," she said of the movie, which also stars Saif Ali Khan, Ram Kapoor, Riteish Deshmukh, Tamannaah Bhatia and Esha Gupta.