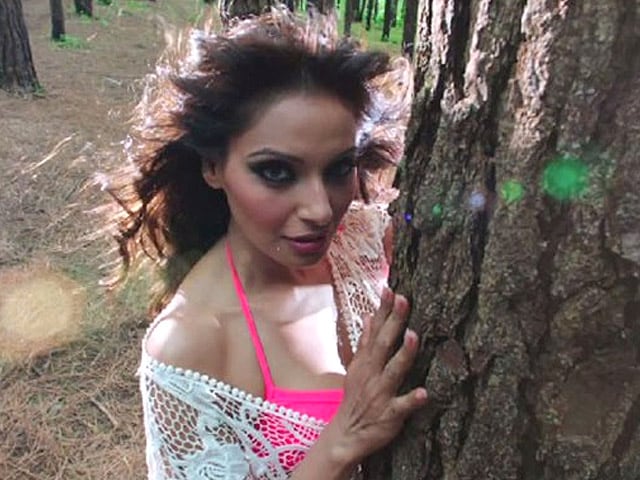 Bipasha Basu in a still from Alone.

Actress Bipasha Basu says her upcoming movie Alone is more than just a horror film as it deals with relationship and turmoils of a married couple. The film has been directed by Bhushan Patel and also stars TV actor Karan Singh Grover, who plays the male lead opposite the 35-year-old actress.
"Alone is not a horror film for me. It is a passionate love story for me. Through our characters we have tried to show a realistic love story. Everyone who is married or who has been in a relationship will identify with this. Many aspects of relationships have been shown. So the film is not only sexy. There is a lot of depth," Bipasha said in an interview.
In the film, which is a remake of a 2007 Thai film of the same name, Bipasha will be seen in a double role as she plays a conjoined twin. The actress said she had a very hard time during the shooting of the film. "They are twins but are different from each other as one is alive and one is dead and they are both in love with Kabir (played by Karan). The shooting was difficult as I had to be joined with my body double. Shooting was a different experience as a lot of time we had to take care of the distance and other technicalities while filming the conjoined part," she said.
Bipasha was all praises for her co-star Karan, who is making his Bollywood debut with the film, and said that the actor has a lot of potential. "He has a lot of potential and is very talented. He can be an A-list actor in our business- he looks great, he can dance and his emotional scenes are his strength. He is an easy fit for the films we make."
When asked if she had any apprehensions working with a newcomer, Bipasha said, "There were no qualms on doing a film with a TV actor and he is not even a newcomer. He has been in the industry for the last 10 years. He is a popular actor and has a strong fan following."
Bipasha, who has starred in a string of horror movies like Raaz, Aatma and the latest Creature 3D, in her 13-year-long career, said she has no idea why the maximum number of films of this genre are offered to her. "May be it is a coincidence and now a hard business mentality. Out of 60 synopsis maybe my team came to me with 10 and I do two films out of it. It's a process," she said.
Alone is slated to release on January 16.