Bipasha Basu married actor Karan Singh Grover in private ceremony on Saturday. The wedding, which was conducted in traditional Bengali style, was followed by a reception which saw the likes of ranbir Kapoor, R Madhavan and Dino Morea. 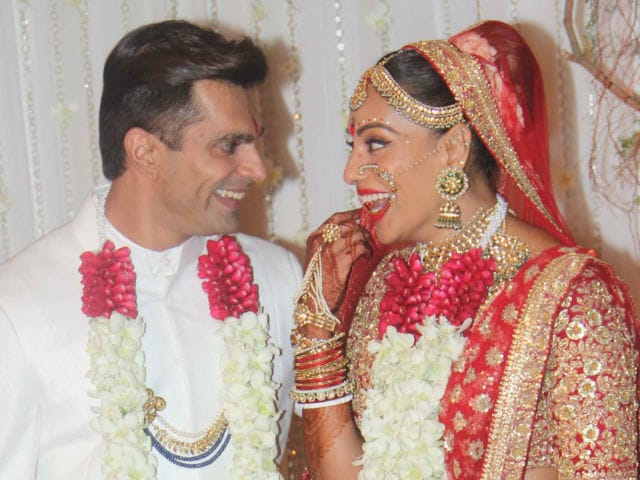 Bipasha Basu married actor Karan Singh Grover in a private ceremony on Saturday. The wedding, which was conducted in traditional Bengali style, was followed by a reception which was attended by celebrities such as Amitabh Bachchan, Abhishek and Aishwarya Rai Bachchan, Shah Rukh Khan, Salman Khan, Sonam Kapoor, Sushmita Sen, Tabu, Ranbir Kapoor, R Madhavan and Dino Morea.
Bipasha, who wore a red lehenga designed by Sabyasachi, couldn't stop smiling with Karan by her side. 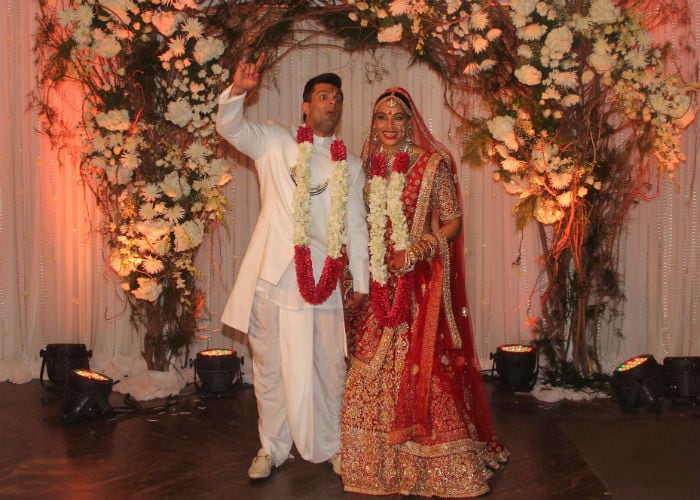 Amitabh Bachchan came with his son Abhishek, who has co-starred with Bipasha in films like Dhoom 2 and Players and his daughter-in-law, actress Aishwarya Rai. 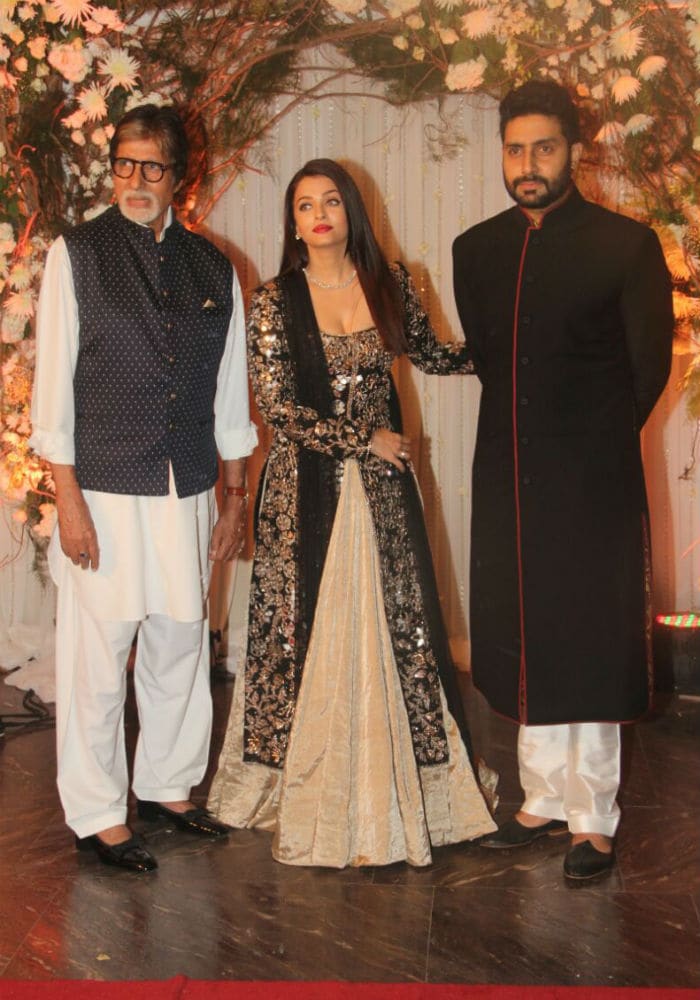 Aishwarya and Abhishek also posed with the newly weds: 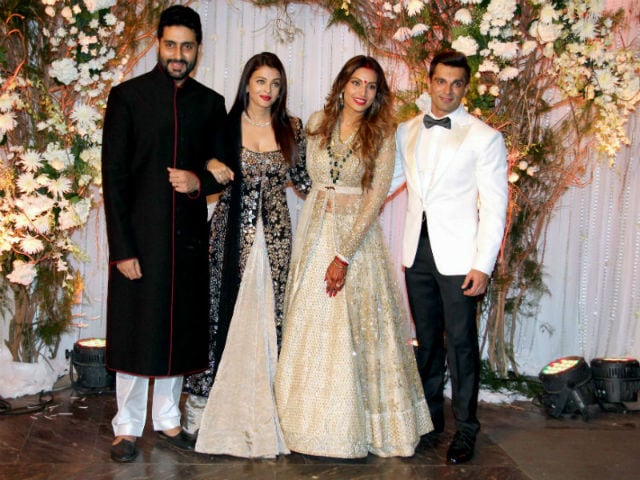 Salman Khan and Shah Rukh Khan attended the celebration to congratulate Bipasha and Karan. Salman has worked with Bipasha in 2005's No Entry. 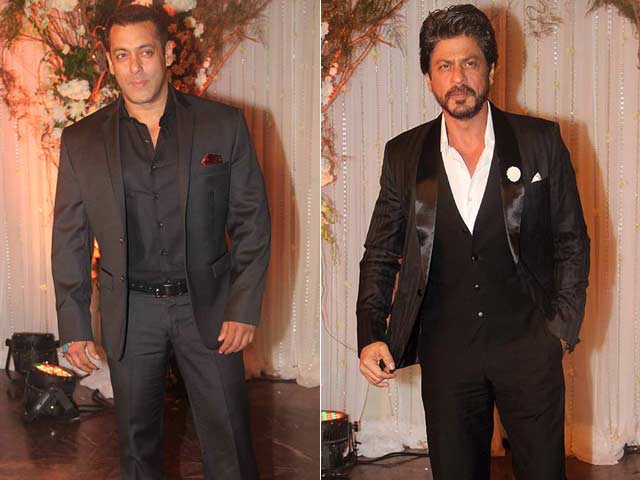 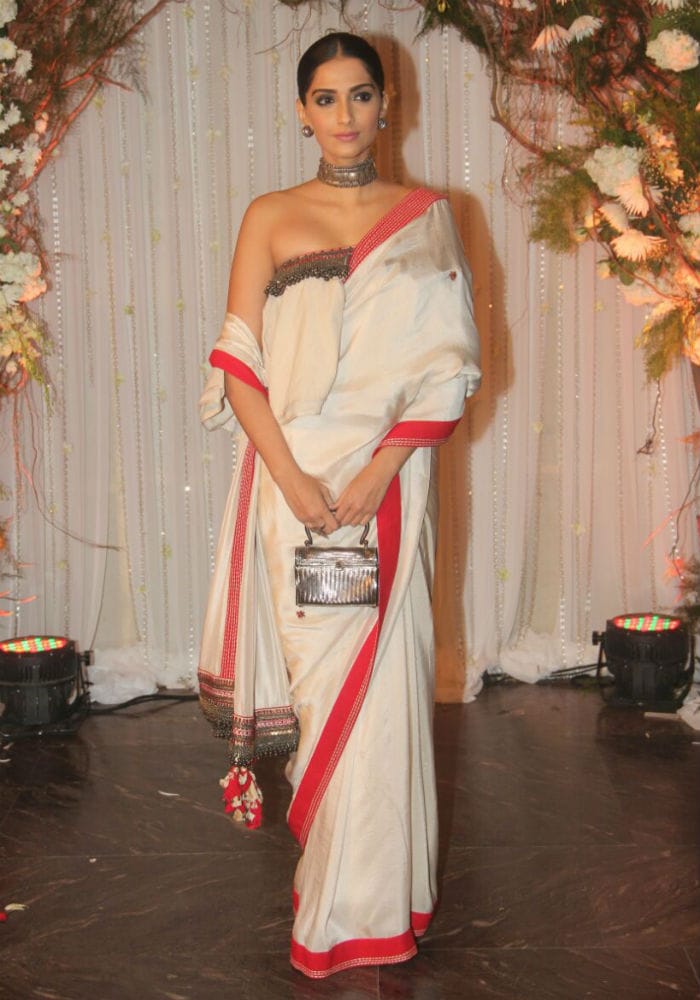 Actress Tabu donned a beige and white sari and kept her hair side swept. 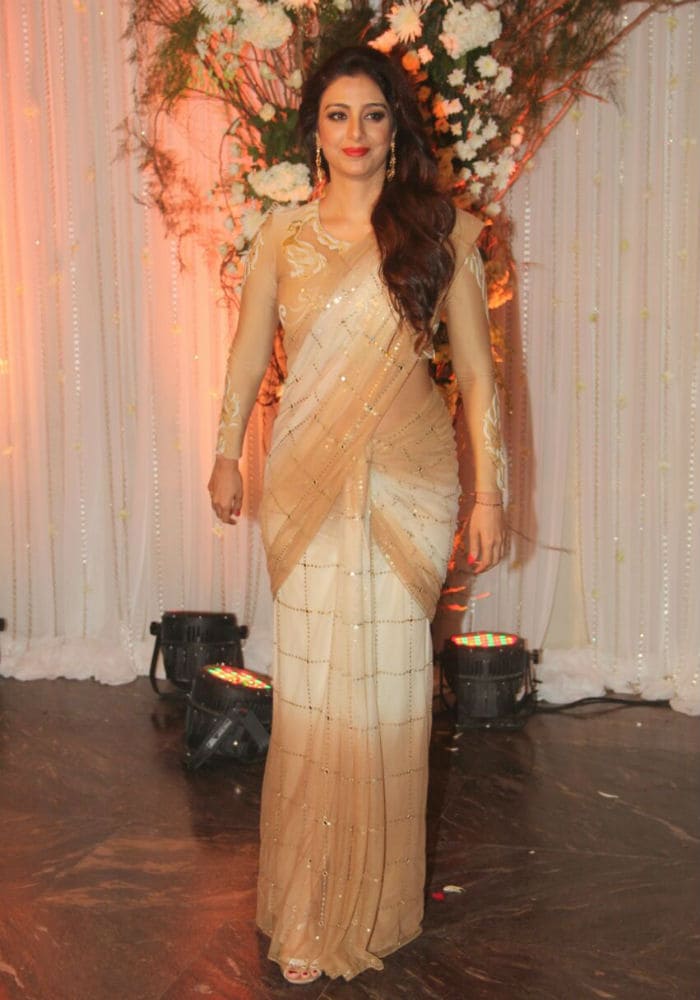 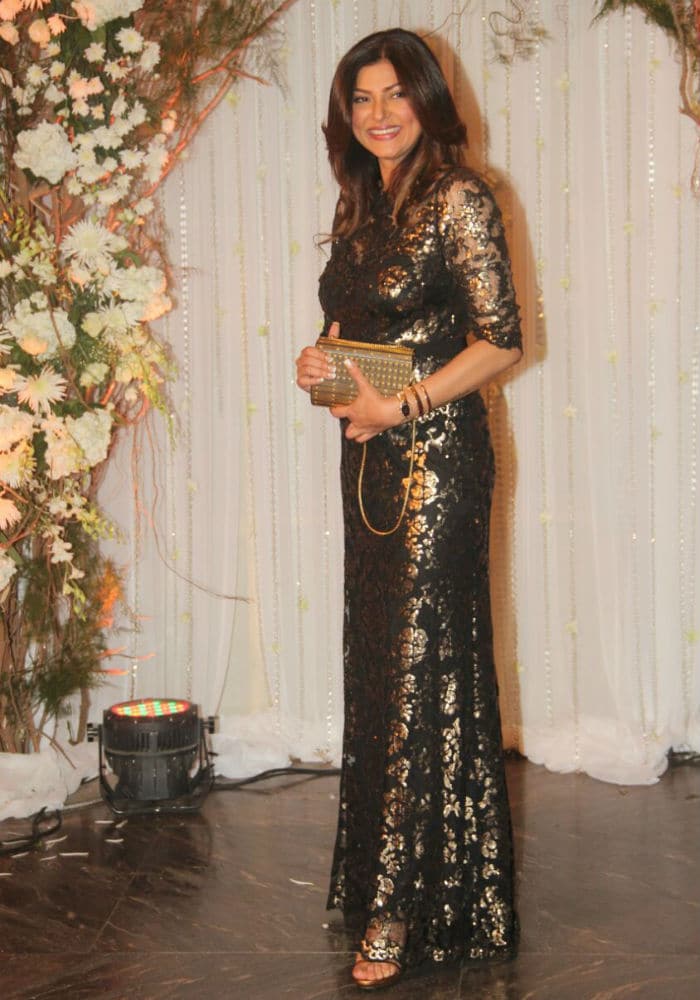 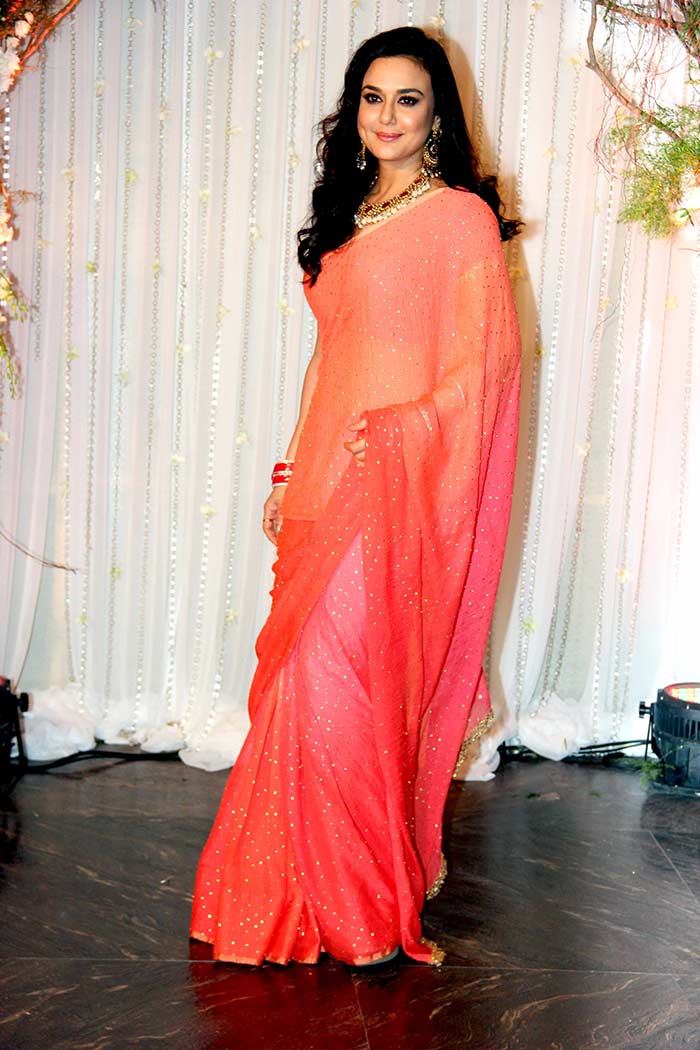 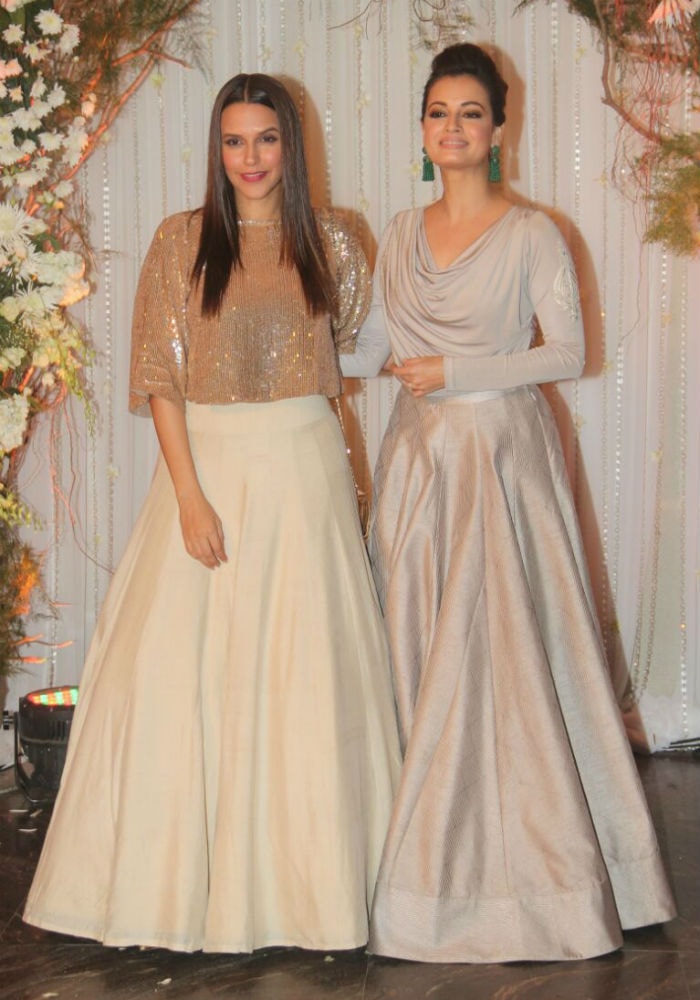 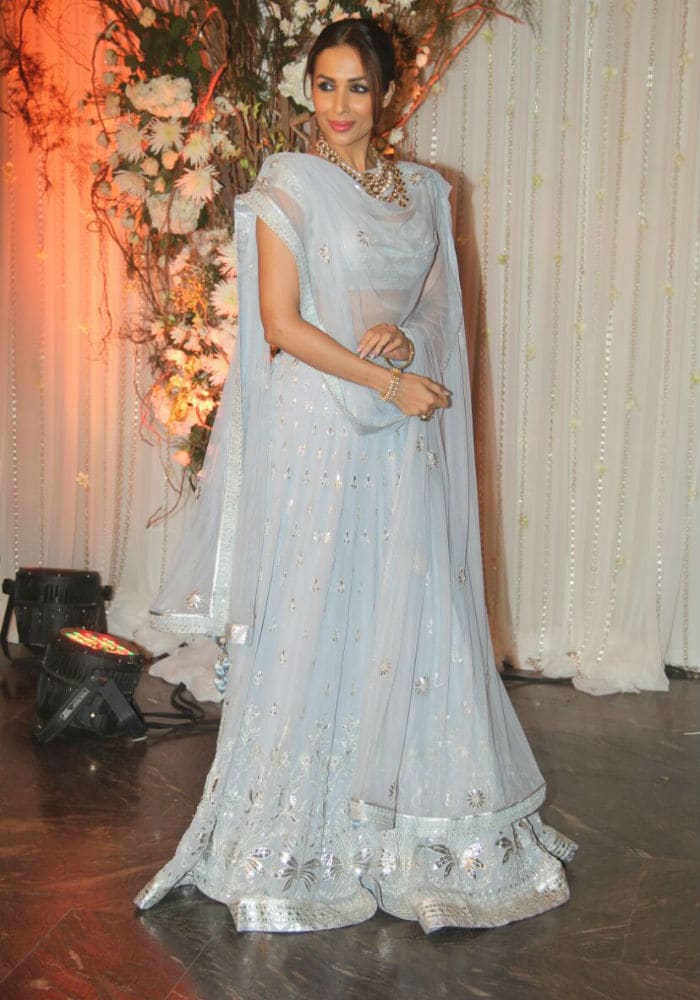 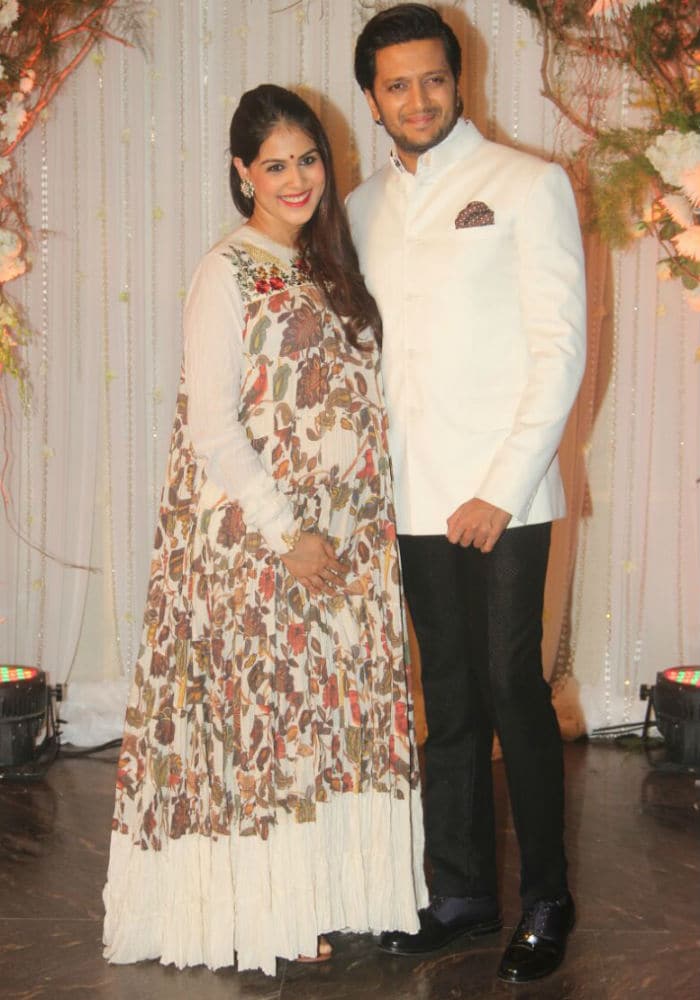 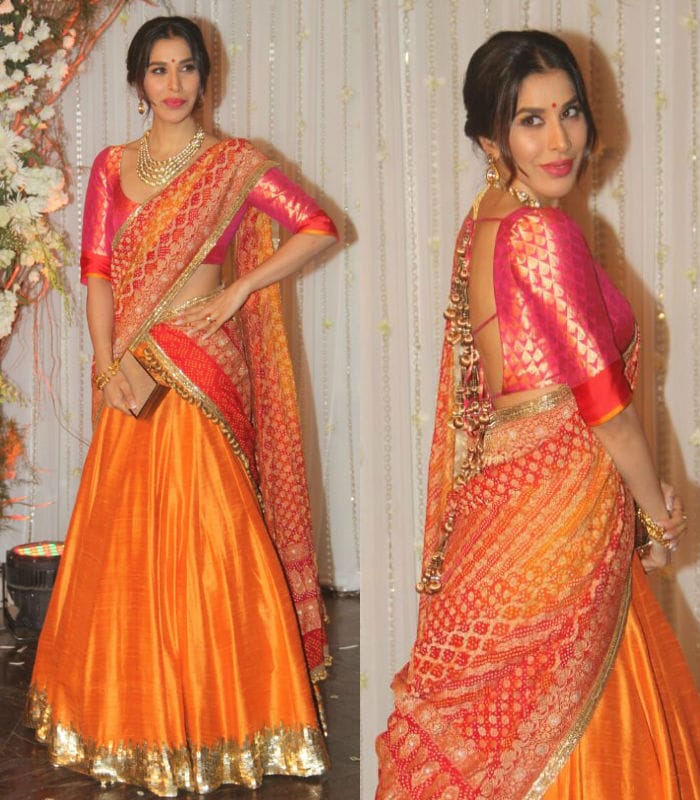 Actress Shamita Shetty's plus one was brother-in-law Raj Kundra. 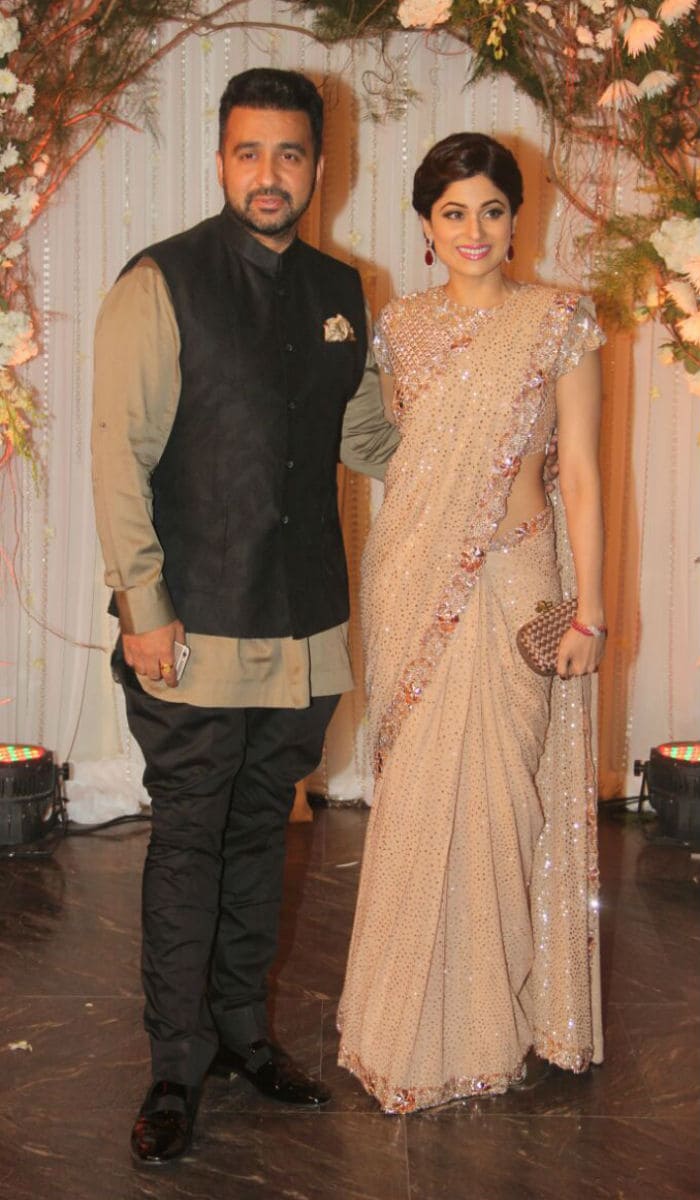 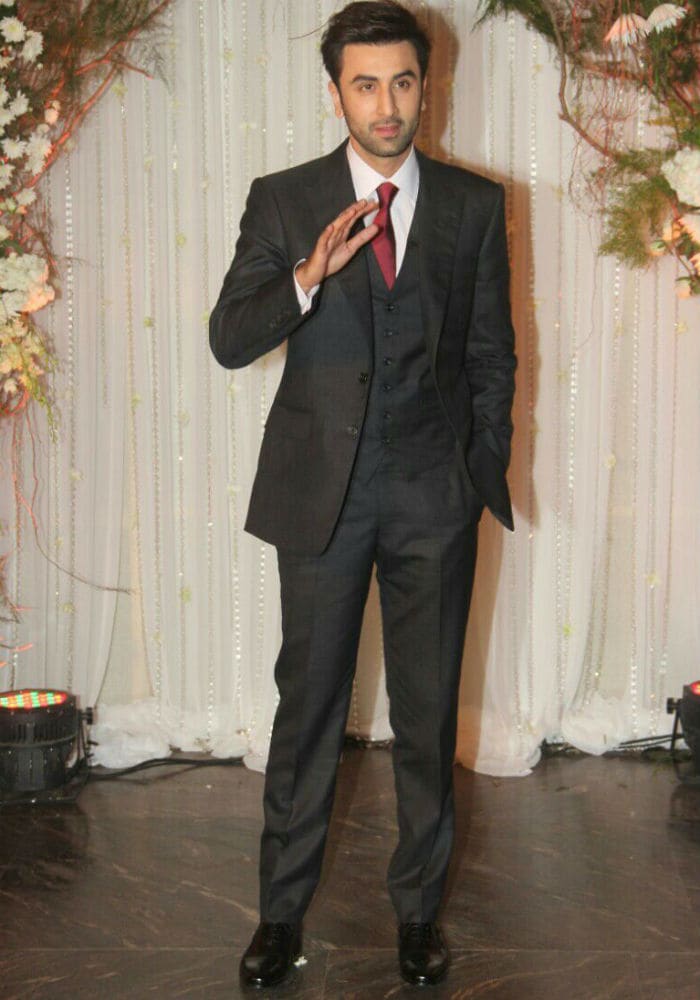 Sanjay Dutt, Bipasha's co-star of films like All The Best and Rudraksh, came with Maanyata, who looked lovely in sari. 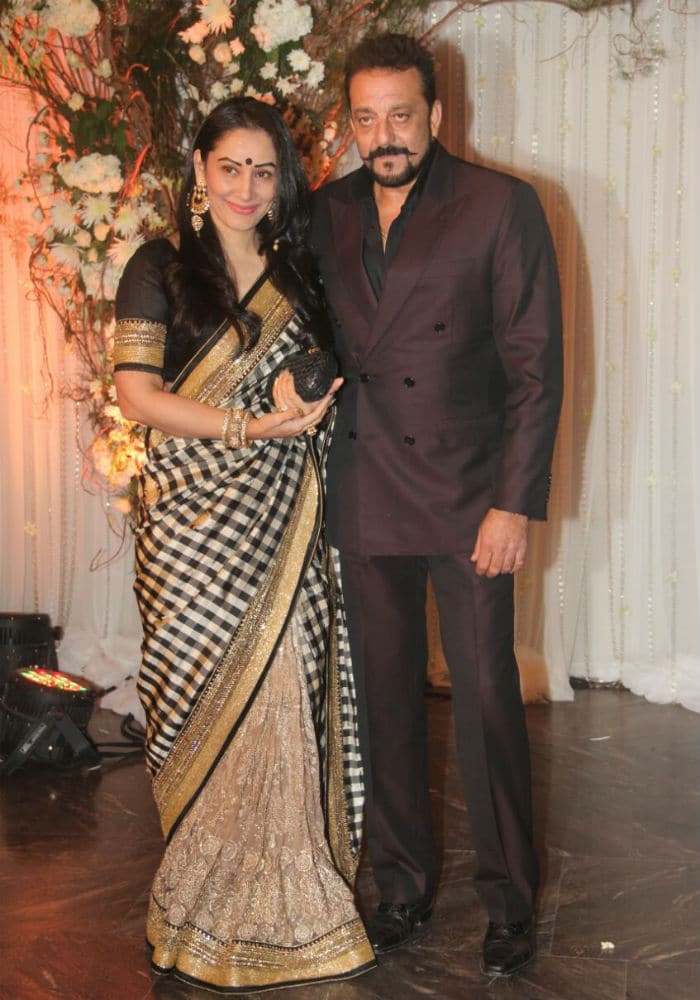 R Madhavan, who has worked with Bipasha in Jodi Breakers, came with wife Sarita Birje. 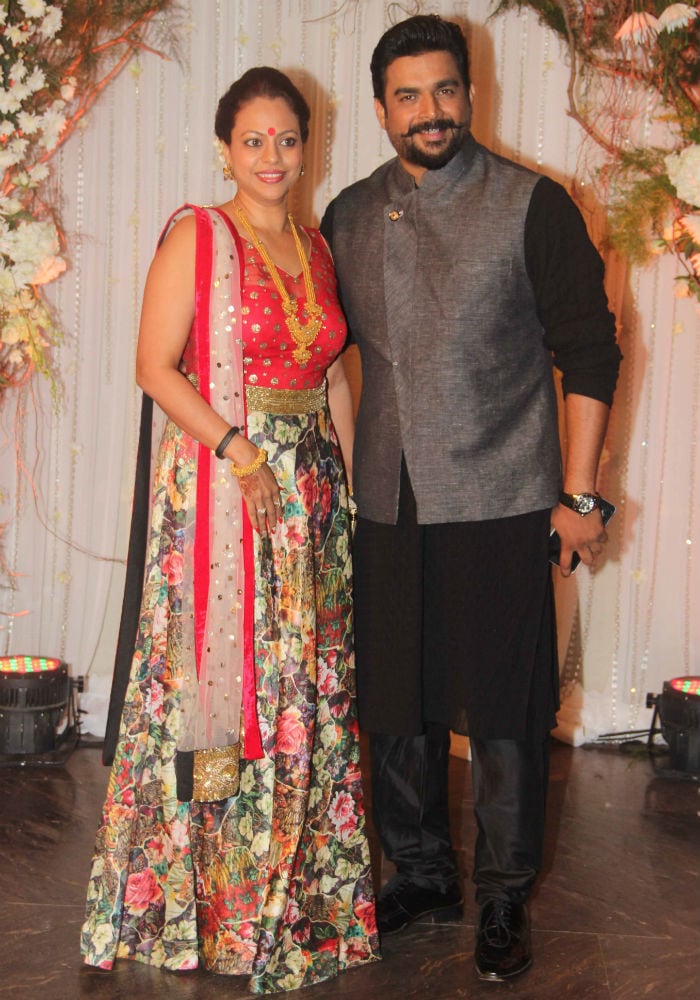 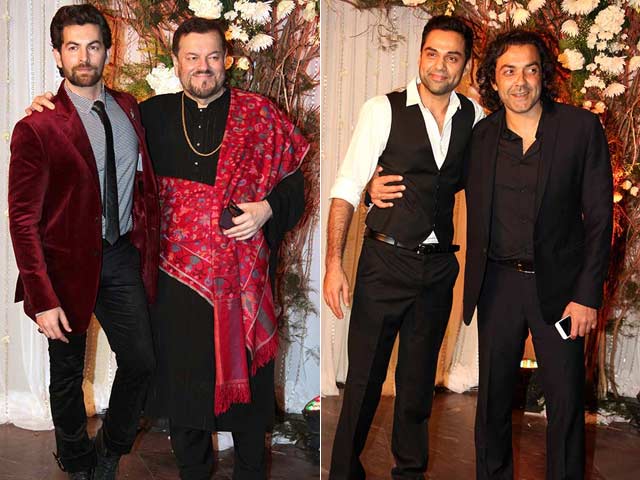 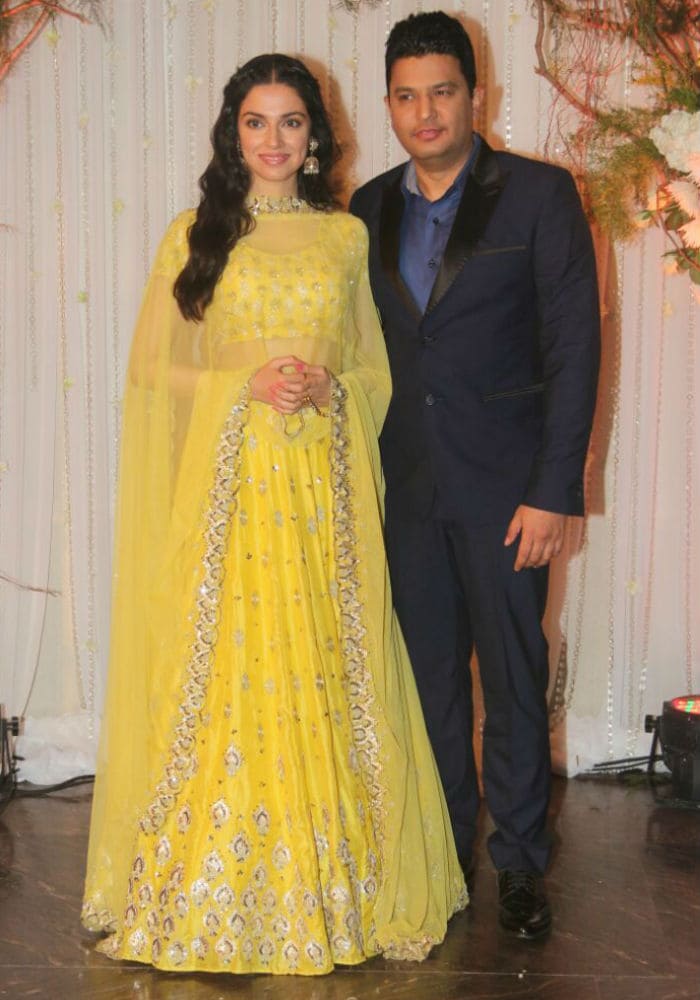 Also in twos were Kunal Roy Kapur and his wife Shayonti and Bipasha's Corporate director Madhur Bhandarkar and wife Renu. 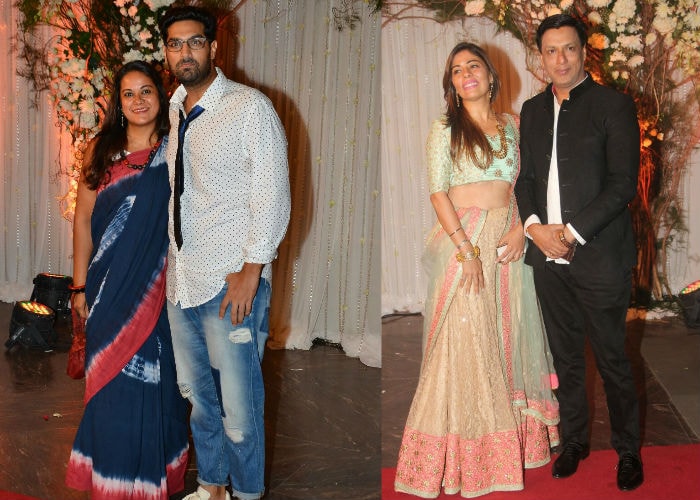 Her Raaz co-star and former beau Dino Morea posed for the shutterbugs. On Facebook he wished his 'good friend' luck and best wished. He wrote: "On my way to see my beautiful friend Bipasha Basu start a new journey in her life, and to wish both Karan and her the best." 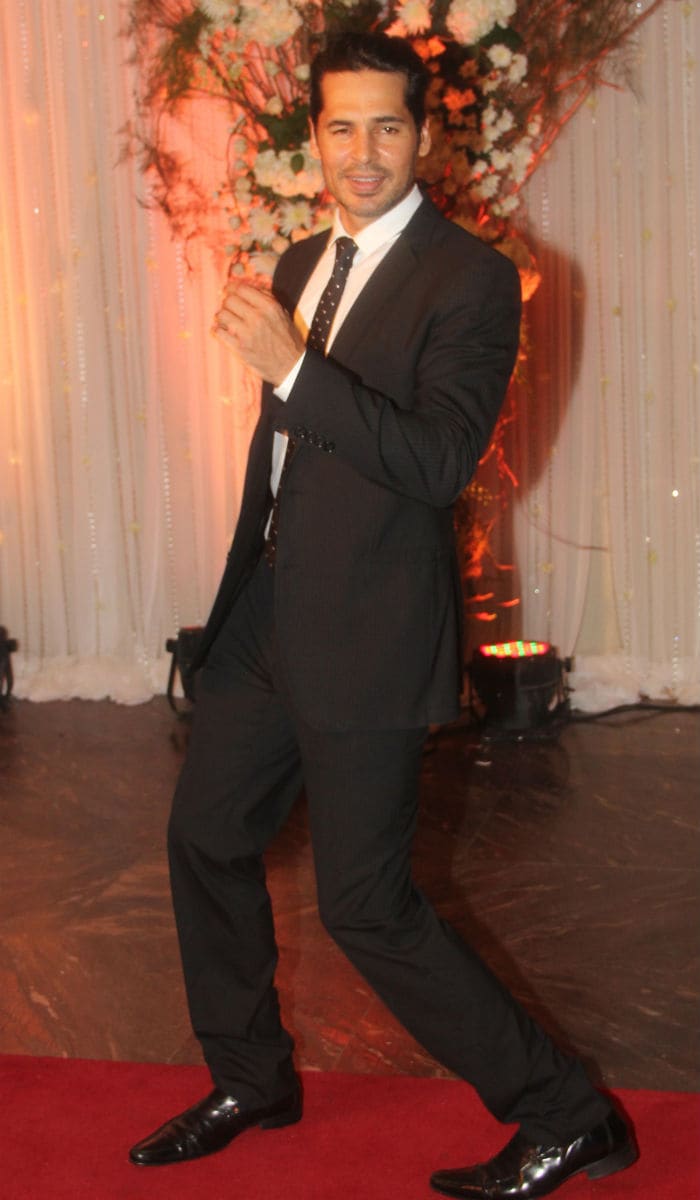 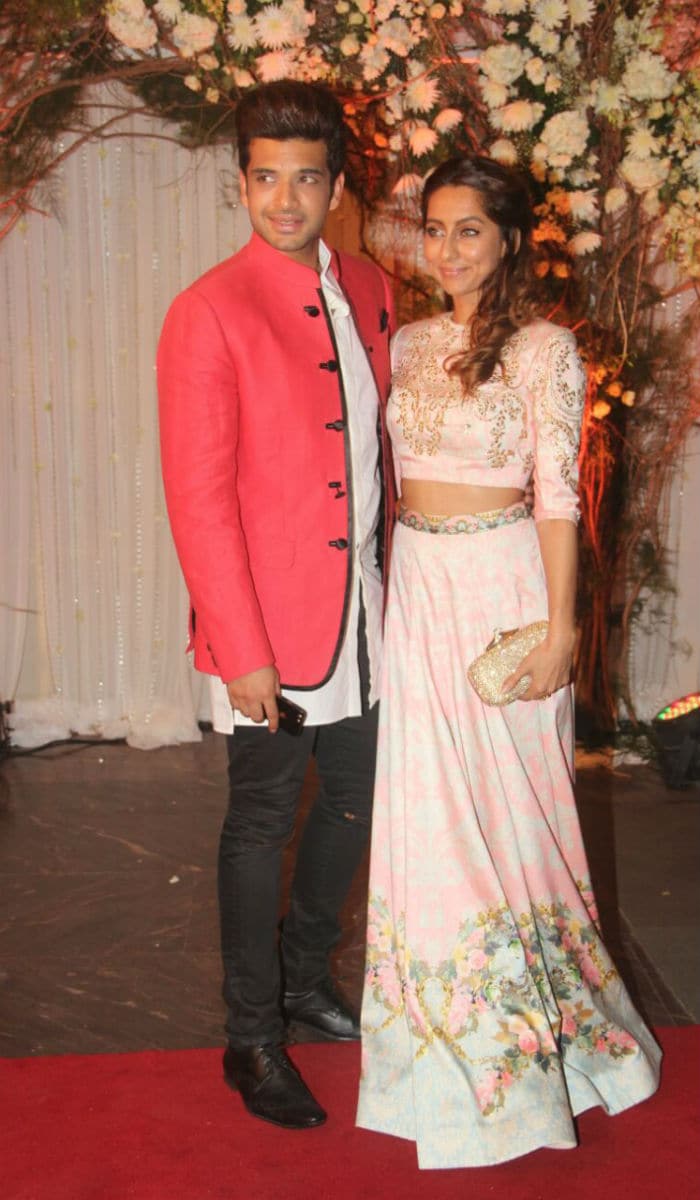 Filmmaker Rohit Shetty and actors Jackky Bhagnani and Amit Sadh were also there. 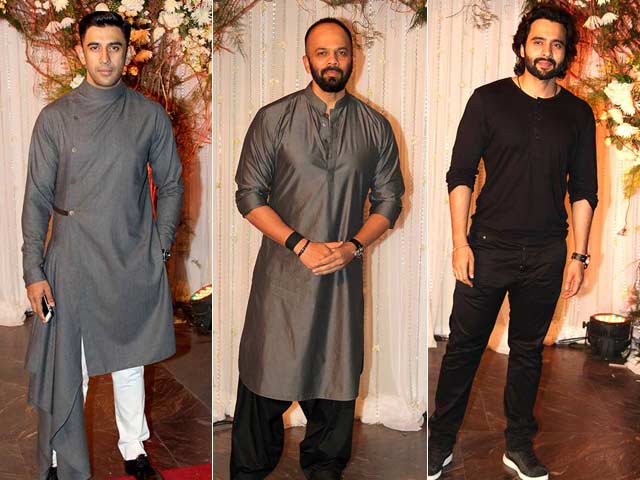 Model Candice Pinto made a stunning entry with Drew Neal. 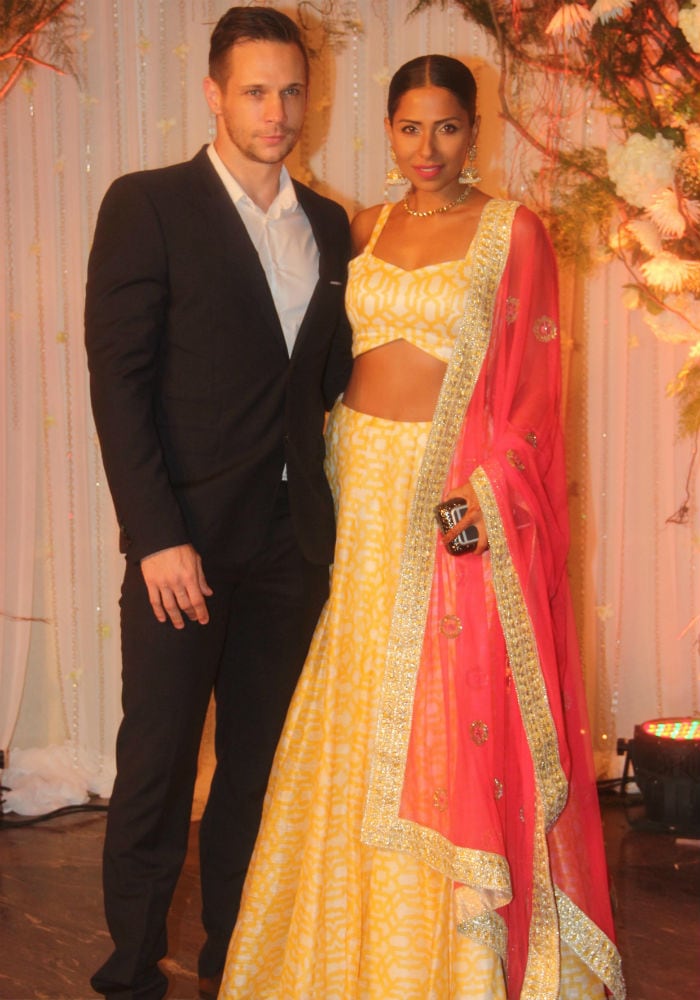 Sikander Kher and Bengali actor Prosenjit Chatterjee were also on the guests list. 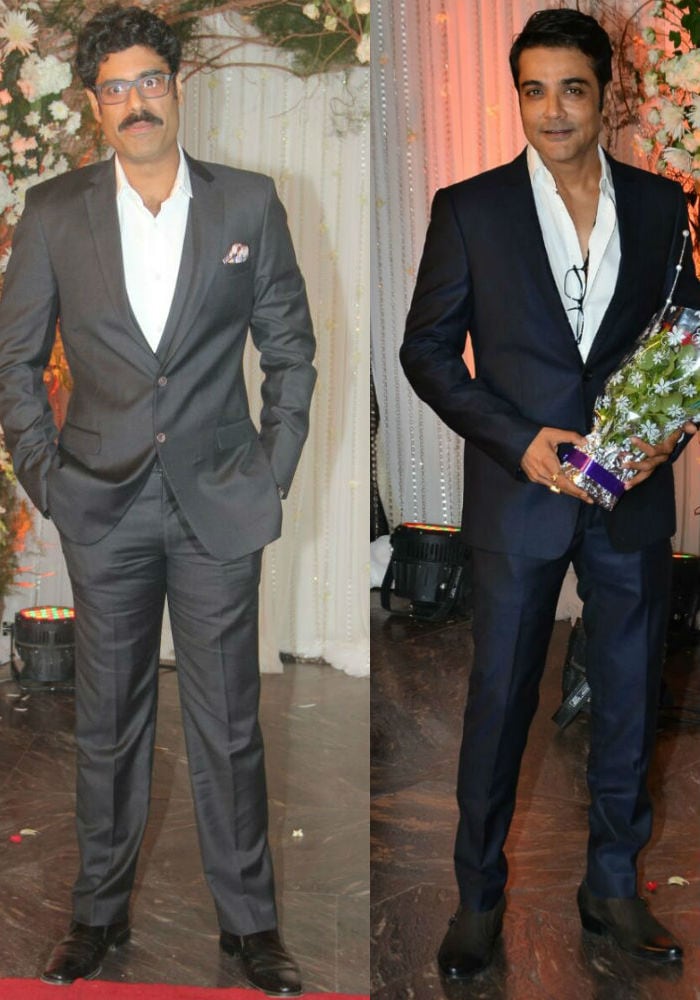 Abbas-Mustan-Hussain trio, who have worked with Bipasha in Race were dressed in usual white. 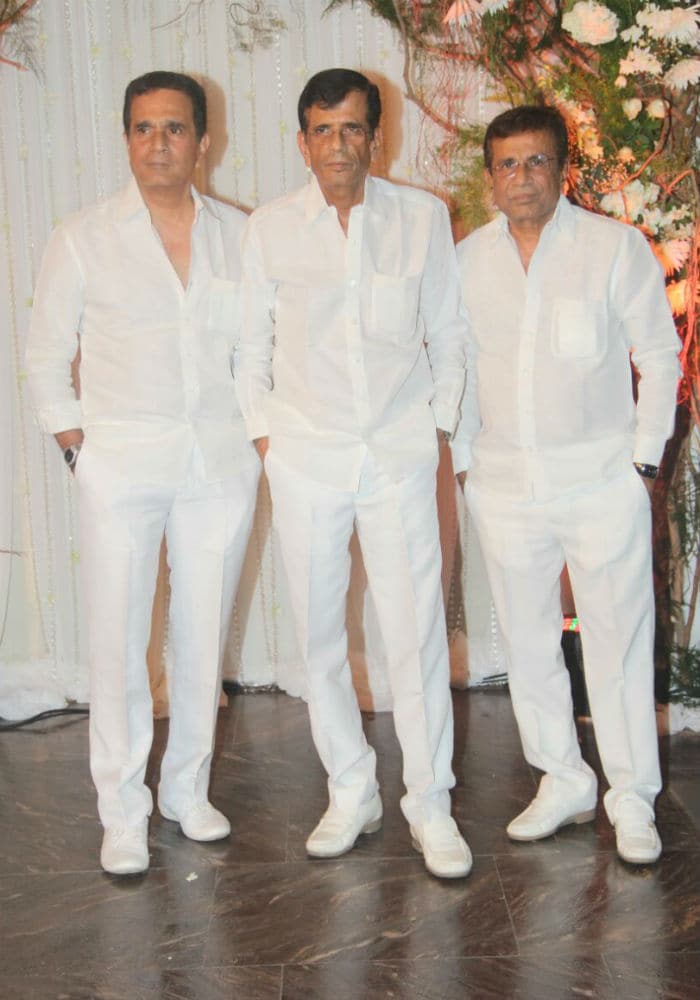 Bipasha and Karan met on the sets of 2015 film Alone. This is Karan's third wedding, who was married to Saraswatichandra actress Jennifer Winget from 2012 to 2016 and actress Shraddha Nigam from 2008 to 2009.