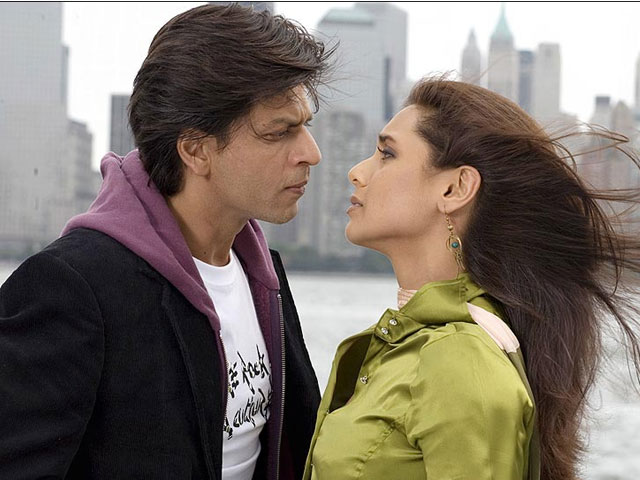 It was an eye opener - they would chat, gas, crack jokes, make plans as they sat under their colourful umbrellas. They would discuss restaurants and meals and shopping, all between takes. They would wait for hours on end - happy to do so, or so it seemed. They would show up sometimes when it wasn't even their shot, just to cheer the other on.

Late last night, a couple of tweets from Amitabh Bachchan and Karan Johar reminded me that it had been nine years since Kabhi Alvida Naa Kehna or KANK released. Which then reminded me that it had been about 10 years since I had hopped onto a flight to America to shoot, what anyone on the entertainment beat would agree, was a shoot in a million. The cast was legend: Shah Rrukh Khan, Amitabh Bachchan, Rani Mukerji, Abhishek Bachchan, Preity Zinta. The location: New York City. The shoot: an on-the-set exclusive of Kabhi Alvida Naa Kehna. Come on!
Everything you've heard about how much more relaxed stars are overseas is an understatement. It was an eye opener - they would chat, gas, crack jokes, make plans as they sat under their colourful umbrellas. They would discuss restaurants and meals and shopping, all between takes. They would wait for hours on end - happy to do so, or so it seemed. They would show up sometimes when it wasn't even their shot, just to cheer the other on. Laughter was often the loudest noise on set. Funny things that you wouldn't imagine would be concerns - the shared drama of ill-timed acne for one of the leads; a football scene that had to be shot with a slew of kids - Aryan, SRK's son who was hanging out on set, it turned out was the best footballer and so was responsible for the football close ups where precision was key; the chair with a slightly too effective swivel so it wouldn't stop quite on the mark!
There would be fans, of course - this was New York, not a deserted island - but they were easy, just thrilled to be there seeing their stars. But New York is one of the most filmed cities in the world, so this was just par for the course.
It was gorgeous, it was glamorous and there was always this sense of scale. Whether on the streets (several days went into that famous scene with Preity, Rani, Shah Rukh and a bunch of roses almost colliding) or indoors - that famous dinner? Made for intense shoot and intense scene!
My job mostly was to be the literal fly on the wall-non obstrusive, as invisible as I could make myself. Some of the cast preferred that - they didn't want the distraction while the scene was playing out, some would see the camera and switch it on, some would grab it and start shooting for us! I remember when Shah Rukh got a brand new HD camera of his own - the fun, the figuring out that ensued and a sudden special shoot where the star was the director and the director became the star.
Watch
That Shah Rukh, always ahead of the curve.
And Karan himself, juggling a hundred things simultaneously, coordinating this mega cast as effortlessly as though they were guests at his home, having a blast, often even performing the scenes himself. (He's good!)
Watch

One of the hallmarks of a Dharma film is the famed hospitality. Karan always said this was something he learned from his father, to treat every person from lead star to gaffer as though they were treasured guests. And it must be said when it came to the on set eats, I was the unwitting recipient of their largesse. There was not a minute without something to eat. A craft table was perpetually loaded with every nibble imaginable - croissants, candy, coffee, cereal, chips, salami. I put on four kilos over a three week period (a personal best).
Almost a decade later, life has changed for everyone who was in New York for KANK. Abhishek is rooting for Kabaddi, Rani is married, SRK is looking at colleges in the US with Aryan, Karan has proved that there's few skills he cannot master, as the busiest man in Bollywood with TV , fashion and films all on the anvil. As for me, I've been around the world on the trail of other stories, but those weeks will always stand out as the weeks that had it all - entertainment, excitement, insight and, let's be honest, company that's hard to beat. Good times.
Aneesha Baig is NDTV's Lifestyle Editor and Anchor, Will Travel For Food
Disclaimer: The opinions expressed within this article are the personal opinions of the author. The facts and opinions appearing in the article do not reflect the views of NDTV and NDTV does not assume any responsibility or liability for the same.