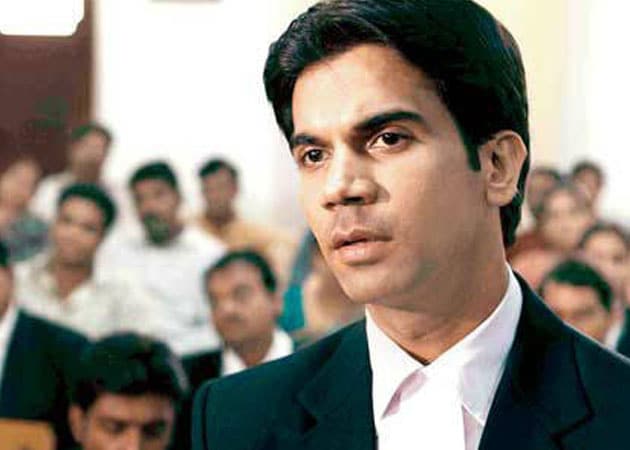 Shahid is a film that I am really proud of. It's not only a film for me, it's an entire journey about how you actually don't need a lot of money to make a good film. All you need is a good story, great team and basic budget in place and lot of passion which every member of Shahid had.

Shahid is a film that I am really proud of. It's not only a film for me, it's an entire journey about how you actually don't need a lot of money to make a good film. All you need is a good story, great team and basic budget in place and lot of passion which every member of Shahid had.
I was born and brought up in Gurgaon, finished my schooling there. I always wanted to be an actor since my school days. I was very actively involved in all the extra-curricular activities and martial arts. I finished my graduation from Delhi University and started doing serious theatre during my graduation at Shri Ram Centre, Mandi House and with Kshitij Theatre Repertory. Luckily, when I was in my final year of graduation, FTII (Film And Television Institute of India) acting course restarted in Pune and I decided that this is the place where I really want to go and have a formal training in acting. I applied after my graduation and was selected for the acting course. I think going to FTII was the turning point in my life because whatever I have learnt today as an actor the major credit goes to FTII.
In 2008, I came to Mumbai and started the usual struggle of finding work in films. It was quite a journey as I met so many people, some gave me lot of confidence and there were few who didn't think much of me. Finally, I got to know that filmmaker Dibakar Banerjee was planning to make LSD: Love Sex Aur Dhokha and he wanted to cast newcomers. I thought this was my golden chance to make it or break it. I got in touch with the casting director Atul Mongia and he called me for the auditions. After several rounds of audition, I finally was shooting for LSD with one of my favourite directors.
After watching LSD, Anurag Kashyap called me for Gangs of Wasseypur and at the same time, Hansal Mehta was planning his film Shahid. Anurag suggested my name to him and then our casting director also asked Hansal sir to meet me for Shahid. I finally reached Hansal sir's office and we instantly had this connection. He narrated me Shahid's amazing life story and I was very inspired and moved as an actor. I told him, "Sir, I am very keen to do this film."
Now, when the film has released and people are appreciating it so much and everyone is loving my work, it feels great and overwhelming. But somewhere I feel the major portion of credit goes to Real Shahid Azmi. I feel somewhere he was watching us consistently and making me do lot of things which everyone felt so magical.
For my research, I spent lot of time with his family specially his younger brother Khalid. He was my main source of information for Shahid. I got to know Shahid really closely through him. I wanted to reach Shahid's mind, his spirit. Once I got that, then we started visiting courts to observe lawyers and observed real courts proceedings. It was very fascinating and engaging. Then we left lot of things to just come on set in the moment.