Blue sequel or remake in pipeline? 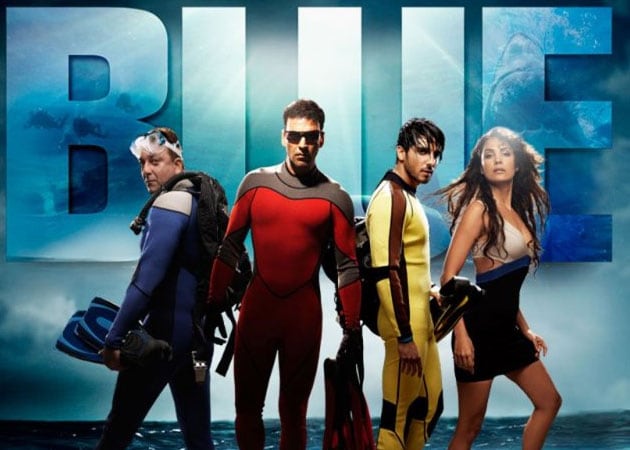 Director Anthony D'Souza says even though his debut film Blue failed at the box office, he is ready to make either a sequel or remake of that movie.

Director Anthony D'Souza says even though his debut film Blue failed at the box office, he is ready to make either a sequel or remake of that movie.
Blue (2009), an underwater action thriller film, featured Sanjay Dutt, Akshay Kumar, Lara Dutta and Zayed Khan in lead roles. The film received negative response from critics and failed to garner audience's attention.
"I think it is my fault. The film failed because the script was not that tight enough. I take the blame for it (failure). I think it failed in the department of emotions and Indianess. I have learnt a lesson," D'Souza said.
But the director has expressed his desire to make either a sequel or remake of Blue. There were media reports also regarding the same. "I had never come on record saying I would make a sequel... it was the imagination of media. But yes if given a chance I would like to make a sequel or remake if I had a right script. But as of now there is no script," he said.
D'Souza seems quite excited about his next release action comedy film Boss, which is a remake of Malayalam movie Pokkiri Raja.
The film features Akshay Kumar, Mithun Chakraborty, Shiv Pandit, Aditi Rao Hydari and Ronit Roy in the lead roles and is set to release on 16 October.