BMC Elections 2017: What Priyanka Chopra Tweets Away From Home 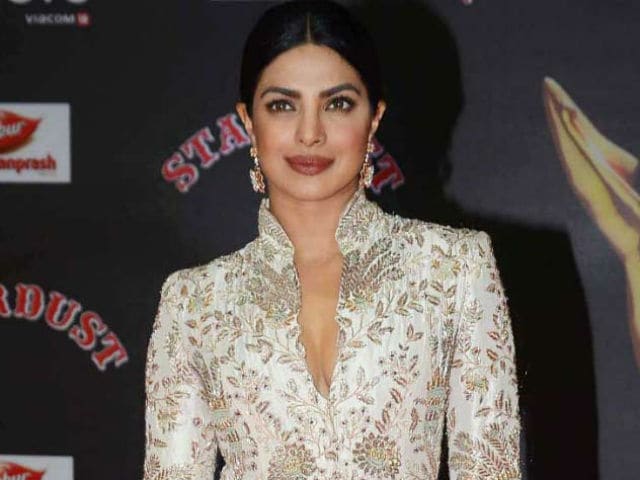 Priyanka Chopra is one Bollywood celebrity who missed this year's Brihanmumbai Municipal Corporation (BMC) elections as she is in New York currently, shooting for the second season of her American television show Quantico. Though the actress is not in Mumbai, she surely missed exercising her right. "To vote is our greatest right. If I was home I'd definitely be voting. Exercise your right!" she tweeted on Tuesday. Actors like Shah Rukh Khan, Anushka Sharma, Ranveer Singh, John Abraham, Shraddha Kapoor and Rekha along with filmmaker Zoya Akhtar voted and encouraged their fans to step out and vote. Bollywood stars also took to social media sharing their voting selfies with inked fingers.
Here's what Priyanka Chopra Tweeted:


To vote is our greatest right. If I was home I'd definitely be voting. Exercise your right! #VoteForMumbai#BMCPolls2017

Anushka Sharma posted a picture of herself on Twitter, captioning "Started my morning by casting my vote. Voting is our duty towards our country and its progress. Please go out and vote." Ranveer Singh also cast his vote in the morning and updated his fans with the same by posting a picture of his inked finger. Shah Rukh Khan paid a visit to the polling booth in the evening and was caught by the paparazzi outside the polling station. 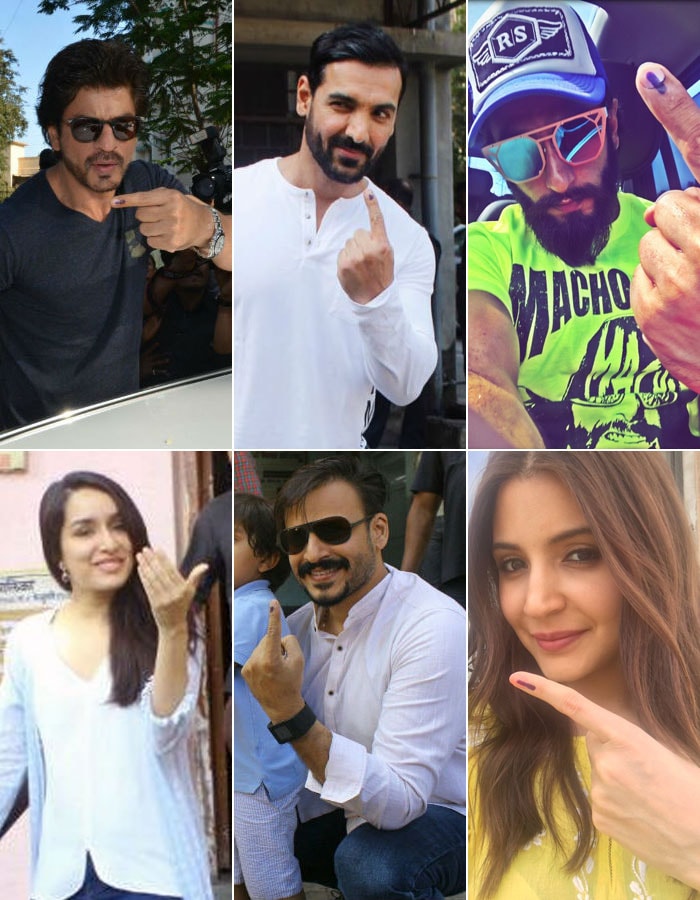 Actors who voted in BMC Elections 2017

Other actors who have voted include Prem Chopra, filmmaker Kiran Rao, Sanjay Dutt's wife Maanayata Dutt, Suniel Shetty, Varun Dhawan, Arjun Kapoor and Vindu Dara Singh.
Total 2,275 candidates are contesting for 227 seats in BMC elections this year. All the candidates are from 13 different political parties, such as Shiv Sena, Maharashtra Navnirman Sena, Nationalist Congress Party, Congress and BJP. The results of 2017 BMC elections will be announced on February 23.
Meanwhile, back home Priyanka Chopra was last seen in Prakash Jha's Jai Gangaajal. She also recently appeared on Karan Johar's talk show Koffee with Karan Season 5. Priyanka is also gearing up for the release of her Hollywood debut Baywatch, which co-stars Dwayne Johnson and is scheduled for May 26.