Bollywood a jungle, only the fittest can survive: Swara Bhaskara 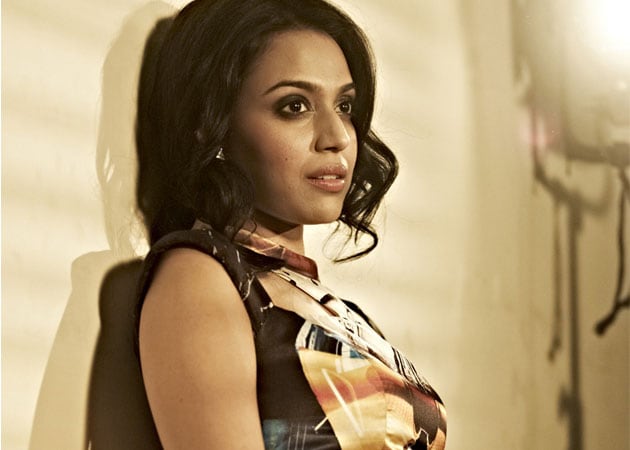 Actress Swara Bhaskar, who plays the lead in upcoming film Listen Amaya, compares the entertainment industry to a jungle where she believes the "survival of the fittest" dictum truly applies.

There is plenty of fresh blood in Bollywood, but up-and-coming actress Swara Bhaskar, who plays the lead in upcoming film Listen Amaya, compares the entertainment industry to a jungle where she believes the "survival of the fittest" dictum truly applies.
"I think Bollywood today has a lot of great talent - very beautiful, good- looking people, who are also great actors. This is a good time for all of us. But Bollywood is a jungle; so everyone is in a competition and I guess only the fittest will survive," the 26-year-old told IANS in an interview.
Swara was a Delhi University student and went on to do her masters in sociology from Jawaharlal Nehru University. Her father is the well known strategic expert C Uday Bhaskar and her mother, Ira Bhaskar, is a renowned professor of film studies.
She began her acting career with 2010 film Madholal Keep Walking. She was last seen in Kangana Ranaut-starrer Tanu Weds Manu, where she played the second female lead.
Her forthcoming film Listen Amaya, directed by debutant Avinash Kumar Singh, tells the story of Amaya and her widowed mother, who begins to develop a relationship with Amaya's friend.
To be screened at the 15th London Asian Film Festival in March, it also features veterans like Farooque Shaikh and Deepti Naval, who have shared screen space 28 years after their 1983 film Katha.
Swara finds herself extremely lucky to be in the same frame as them so early in her career.
"Deepti ma'am and Farooque sir were a great pleasure to work with. Just watching them both at work was a big lesson for me. They are both so effortless and easy in front of the camera and their performance is so fluid and convincing. That is a great lesson for an actor and the toughest thing to achieve in one's performance," she said.
A trained Bharatanatyam dancer, she feels that "formal training in a performing art is important for an actor".
"It trains the body and mind in rhythm, in movement, in understanding music and in physical expression. I feel a formally trained dancer, be it any form, will always be at an advantage, even if doing an item number," added the actress, who trained under noted Bharatanatyam exponent Leela Samson.
Swara's forthcoming movies include Aanand L. Rai's Raanjhanaa, Atul Sabharwal's Aurangzeb and Debolay De's Machhli Jal Ki Rani Hai.
She says that though she started her career with an offbeat film like Madholal Keep Walking, getting into the commercial space will be her next step now.
"I was happy to debut in a sensitive and meaningful film in a meaty role. I want to do commercial films. I look for good roles that will be creatively satisfying and give me a chance to perform. Be they in offbeat films, or commercial films," she said.
Like every actor does, even Swara harbours a few dream roles - Madhubala's in the Mughal-e-Azam classic, Rani Mukerji's in Black and Julia Roberts' character in Erin Brockovich.
Her wish list also includes working with noted directors like Vishal Bhardwaj, Aditya Chopra, Anurag Basu, Mani Ratnam, Dibakar Bannerjee and Anurag Kashyap.
"All of them produce some great performances from their actors and I hope to have the chance to work with them," she said.