Bollywood Celeb Photos That Took the Internet by Storm 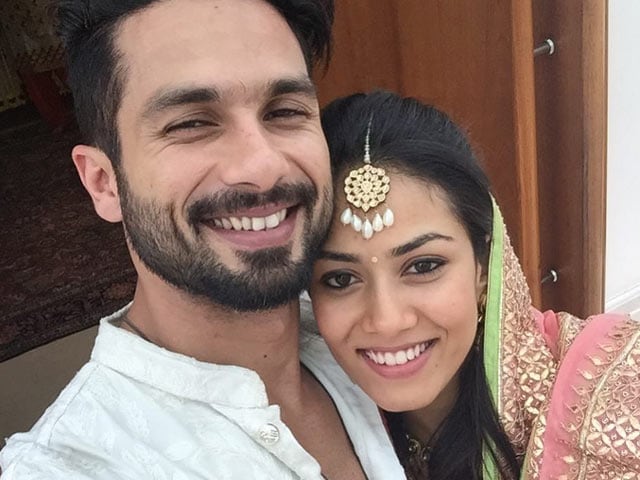 Part of what makes the entertainment industry so exciting is the candidness with which celebrities exhibit their personal lives for their fans to see.
From uploading pictures of their fun endeavors and envy-inducing adventures on Instagram to keeping their fans up to date with their movies through Twitter, B-Town celebs just cannot seem to have enough of social media. Case in point: Shahid Kapoor's wedding selfie. All it took was the actor to upload a picture with his bride and, voila, within a day of the upload, the picture earned over 17 lakh likes on Facebook and more or less broke the Internet. hitlist takes a look at some other celeb pictures that took the online world by storm...
The Bachchan selfie

In between their hectic schedules and globetrotting, the world got to see a rare picture of all the Bachchans in one frame. The photograph featured Big B, Jaya, Abhishek Aishwarya and Shweta. AB Jr captioned the picture as 'The Birthday Boy' on the legend's 72nd birthday.
Filmy reunion

All it took for this photo to go viral was a nano-second. The minute this picture became public property, it spread like wildfire considering that SRK and Salman Khan called a truce to their longstanding cold war days before Arpita Khan's wedding. To see both the Khans on the big screen is a rarity in itself, but such an aww-inducing picture of the two was bound to break the Internet.
The big one

This kid is so cool. May Allah bless him. Dinner time at the Asian Awards. pic.twitter.com/l0gV12n0kv

What happens when one of the biggest pop stars in the world meets one of the biggest Bollywood stars? Hysteria, indeed. Shah Rukh Khan was honoured at a prestigious awards function and was seen partying with former One Direction singer Zayn Malik at the event. The duo's selfie tweet became the most re-tweeted picture in India soon after. SRK also tweeted saying 'this kid is so cool. May Allah bless him. Dinner time at the Asian awards.'
Candid and cute

Karma has no Menu - you are Served what you Deserve !!!!!

In this pic shared by Neetu Kapoor, Ranbir Kapoor is seen with his niece, Samara, who looks like a spitting image of the actor. The veteran actress' Instagram game is on point and she shares several pictures of the Kapoor khandaan and personal rendezvous, but this adorable and candid picture of the superstar was instantly subject to the 'like and share' frenzy. No surprises here.
The birthday selfie

If this doesn't break the Internet, what will? The combined star power of Arjun Kapoor, Ranveer Singh, Ranbir Kapoor and Karan Johar in one frame! The 2 States actor took to Instagram to share a picture of his birthday night and captioned it 'Epic boss!' And epic it was.
All the single ladies

Girls just want to have fun, don't they? And Priyanka's post testifies this fact. The actress shared a picture of herself with cousin Parineeti Chopra, Tabu and Alia Bhatt, and captioned it, 'wonderful evening with wonderful ladies.' The pic garnered 88,000 likes.
He likes to move it, move it

Varun Dhawan is a self-confessed Michael Jackson fan and as a personal tribute to the iconic King of Pop, the actor shared his picture doing a typical MJ-esque dance move. Needless to say, the picture was an instant hit.