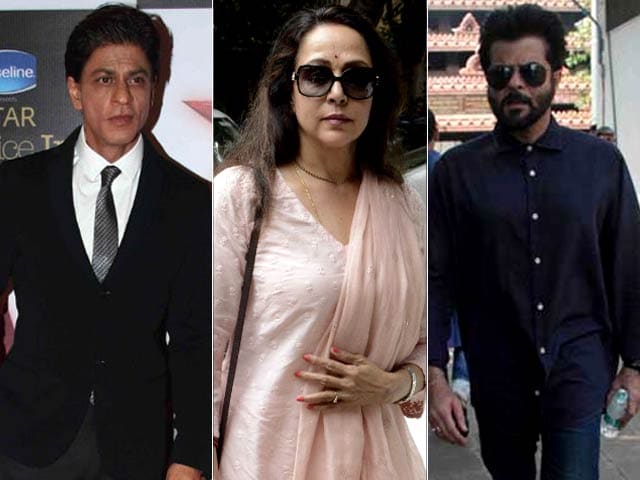 There is also a growing faction that believes returning awards is an exercise in futility.

The decision of a varied group of filmmakers, authors and poets to return government-granted awards as a form of protest has left opinion divided and India's film fraternity fractured. Supriya Pathank asked: "Are we gaining anything from that? Have you been able to make a point that something has changed? Whom are we pressurising by this?"

The decision of a varied group of filmmakers, authors and poets to return government-granted awards as a form of protest has left opinion divided and India's film fraternity fractured. Writer Arundhati Roy has now added the National Award she won in 1989 for the screenplay of In Which Annie Gives It Those Ones to the stack of prizes sent back, as have 24 filmmakers including Kundan Shah and Saeed Mirza. There is also a growing faction that believes returning awards is an exercise in futility. Several among this group agree that 'intolerance' is on the rise, others believe that India has always been intolerant.
Shah Rukh Khan told NDTV on Monday that he thought it was 'very brave' of the those who had returned their awards to have done so but that he would choose another form of protest, like a strike or a march. (Also Read: Intolerance is Increasing, But Won't Return Awards, Says SRK)
Anil Kapoor told news agency PTI that intolerance always existed in the country and therefore returning awards is not justified. "No, I don't think so," he said when asked if he thought those returning their awards were doing the right thing.
Kamal Haasan suggests that 'intolerance' be debated once every five years, but believes returning awards is "futile." "These people are talented they can find other ways to protest and fight against intolerance," added Mr Haasan, who received the Padma Shri award in 1990 and Padma Bhushan in 2014. He also has four National Awards, apart from various other state and government awards. (Also Read: Kamal Haasan Says Returning Awards to Fight 'Intolerance' is 'Futile')
Hema Malini, the BJP MP from Mathura, told PTI, "It (returning national awards) is not a right thing to do. I feel it is a politically instigated matter. People are dying to get a National Award. It's a national reputation. People come to me saying if I can help them in getting a National Award. And here, these people are returning awards."
Rishi Kapoor insisted that he didn't have an award to return (explaining that the National Award for Best Child Artiste he won for Mera Naam Joker belongs to Raj Kapoor) and wouldn't return it of he did:


All channels requesting me to comment on the award waspsi.I said I have never received an award from the govt. so what will I give back? Lol

In the last 43 years of my working in Hindi Cinema,no govt...has ever recognised my work barring a National Award for Mera naam Joker 1/2

Which was totally Raj Kapoors. So I cannot give back anything. Sorry. Not that I would have,coz I am against this return of honour. Chill!!!

Anupam Kher, who is also participating in a march to let India know that it is tolerant, not intolerant, strongly criticized the 'awardwapsi gang' in a series of tweets:


This #AwardWapsiGang has not insulted the Govt. but The Jury, The Chairman of the Jury and the audience who watched their films. #Agenda

Vidya Balan, who won the Best Actress National Award for The Dirty Picture, said she would not be returning it because it was "from the nation and not the government." (Also Read: Why Vidya Balan Won't be Returning Her National Award)
Supriya Pathak told news agency IANS, "One person returned his award, now everybody is returning their awards. Are we gaining anything from that? Have you been able to make a point that something has changed? Whom are we pressurising by this? Nobody is paying heed. The government is not even addressing the matter."
Raima Sen told IANS, "I think that's not the way I would do it. Once given, an award should not be returned. A lot of people are also saying they wouldn't return the awards. Yes! Intolerance is there. But lot of people are also not returning the awards."
Filmmakers Dibakar Banerjee and Anand Patwardhan are among those who have returned their National Awards.