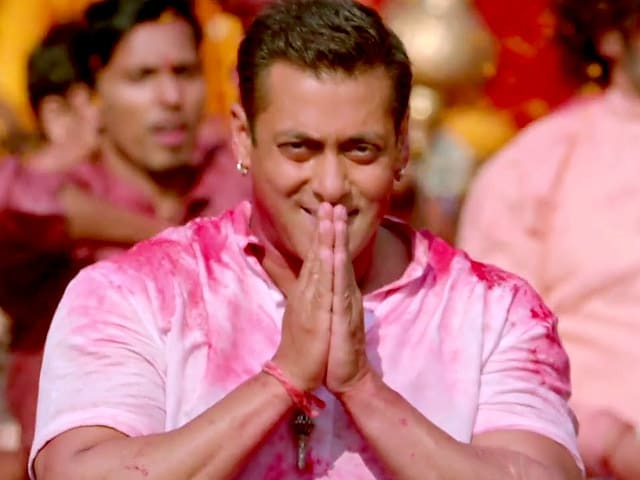 Salman Khan in a still from Bajrangi Bhaijaan

There is style, glamour, action, energetic music and dance - all packed in one. The teaser of Salman Khan's next Bajrangi Bhaijaan has left tinsel town asking for more, and film fraternity members like Karan Johar, Sonakshi Sinha and Huma Qureshi are raving about the Kabir Khan-directed film.
Here's what the members of the film fraternity tweeted:

LOVED the teaser of #BajrangiBhaijaan@BeingSalmanKhan is AMAZING! this looks like a film with heart and entertainment! Can't wait for Eid!

Big Hanuman bhakt and big Salman khan fan .Needless to say the combination is deadly for me .Looking forward @kabirkhankk@BeingSalmanKhan

Sorry got the saying wrong in my enthusiasm. "You ain't seen nothing yet!!!" http://t.co/HoLjG4BJtx#BajrangiBhaijaanTeaser

In Bajrangi Bhaijaan, Salman Khan is a man on a mission. The clip gave a sneak peak of the storyline, which revolves around a young Pakistani girl lost in India and how Salman will embark on an adventurous journey to take her back to her country. The film will narrate a tale around the people he will stumble upon during his travels.
Actress Kareena Kapoor Khan smiled her way to the teaser and is seen sharing screen space with Salman as his love interest. Another powerful point of the film is actor Nawazuddin Siddiqui, who features in the teaser in one scene. In the movie, he plays a Pakistani journalist.
Also, the secret behind the silver locket dangling from Salman's neck that grabbed attention in the first look has been decoded with the teaser. Salman will be seen as a devotee of Lord Hanuman.
A fast paced song Jai jai bajrangbali accompanies Salman's action scenes and wacky dance moves in the teaser.
Bajrangi Bhaijaan is extensively shot in Kashmir, Mandawa and Delhi. The film will hit the screens on Eid this year.