Boman Irani: My character in Santa Banta an ode to Johnny Lever 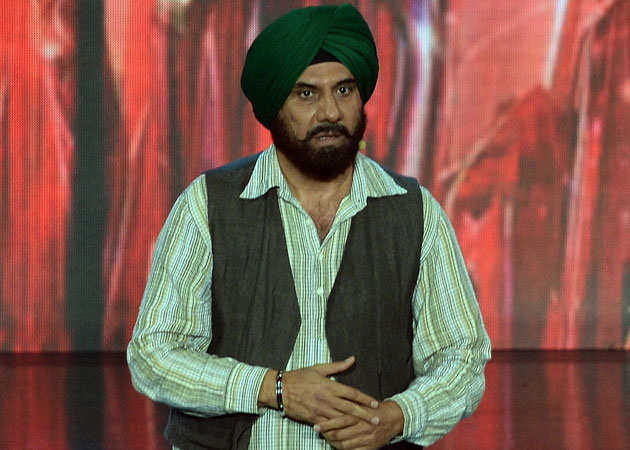 Boman Irani as the character Santa from the film

Actor Boman Irani, who is playing the popular character of Santa in Santa Banta, says his performance in the film is an ode to funnyman Johnny Lever, as believes comedians are the unsung heroes of Bollywood.

Actor Boman Irani, who is playing the popular character of Santa in Santa Banta, says his performance in the film is an ode to funnyman Johnny Lever, as believes comedians are the unsung heroes of Bollywood.
"I am a huge admirer of Johnny Lever and my character in the film is an ode to him. His presence has always brought life to a performance or a film. Even when he is not doing any film he tries to make people laugh. I feel people like him in the industry are the unsung heroes of the industry," said Boman while unveiling the first look of the film at IIFA awards here.
The film, directed by Akashdeep Sabir is a story about two friends and the troubles they go through because of each other. Shot in 3D, it will hit theatres by the end of this year.
As the title goes, Boman, 53, is playing a Sardar in the film.
"This is not the first time I am playing a Sardar. I have played such a character in Lage Raho Munnabhai. I am always sensitive to the face I portray onscreen be it a Sindhi or a Punjabi. We have written the script without hurting anybody's feelings," said Boman.
The film also features Vir Das, Neha Dhupia and Lisa Hayden in pivotal roles.
Meanwhile, Sabir said he did an extensive research before bringing these characters onscreen.
"We go through so many SMSs and jokes on Santa Banta. I did an extensive research on these two and wrote the script for a year. Copyright was the main issue and sorting them out was a challenge for us," said the director, whose actress-wife Sheeba is co-producing the film.