Boman Irani Was a 'Stand-Up Comedian' Before He Joined Bollywood

"I was the first person to do stand-up comedy in English. This was some about 18 years ago. I used to go to small clubs, restaurants and venues and perform in front of 100, 250 people for almost an hour and half. I used to travel often for this," said Boman Irani 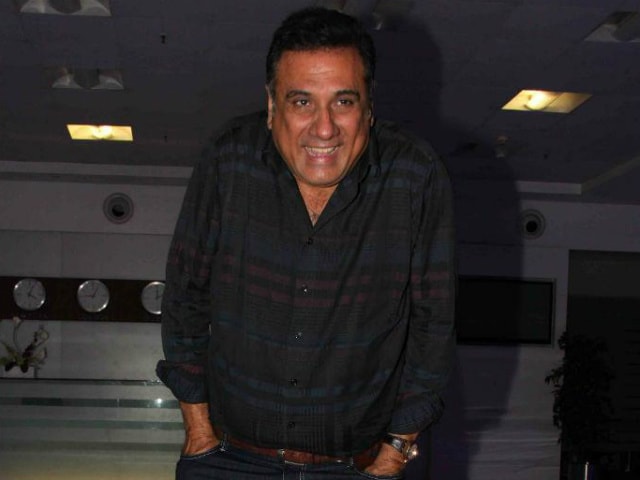 Over the years, actor Boman Irani has made a mark for himself with a solid command in comedy films, but the actor revealed that much before he entered Bollywood, he used to be a stand-up comedian.
Mr Irani started doing stand-up in English nearly 20 years ago, which required him to travel to places like Nepal for shows.
"I was the first person to do stand-up comedy in English. This was some about 18 years ago. I used to go to small clubs, restaurants and venues and perform in front of 100, 250 people for almost an hour and half. I used to travel often for this. I used to also do stand-up for hotels in Nepal," Mr Irani told PTI in an interview in Mumbai.
The 56-year-old actor, known for his comic roles in movies like Lage Raho Munna Bhai , 3 Idiots and Happy New Year, has no intentions of doing stand-up again as it is a full time job and feels the new generation of stand-up comedians is really good. (Also Read: Raju Hirani, Shoojit Sircar Make Socially Relevant Films, Says Boman Irani)
"These kids today are very good. Stand up is a full-time job. You have to work on a material every day. I am working on my characters in films so I can't split the time. The new generation of stand-up comedians are fantastic. They are fresh and they surprise you a lot," he said.
"It is not about your comic timing but your take on reality. How do you see the absurd in the serious. They are seeing it very well, I am most impressed. I watch a lot of clips and message them," the Khosla Ka Ghosla actor added.
The actor will be next seen sharing screen space with another stand-up comedian-actor, Vir Das, in Santa Banta Pvt Ltd.
Mr Irani said that it was very important for him to talk to Vir before signing the film as comedy often requires actors to be on the same page and not try to be competitive.
"To work with an actor with whom you have never worked before is always a little tricky. With him, there was age difference, or may be style difference. I took him to the side and asked him if he had liked the role. Because if we are going to be on two different pages and if there was any competitiveness, this film won't work," he said.
"I told him, I want you to trust me, and if you are okay with it, I will trust you. It's like running between the wickets. If your team mate calls, you have to run. You can't say 'No I am looking for my century'," said Mr Irani.
Directed by Akashdeep Sabir, Santa Banta Pvt Ltd also stars Lisa Haydon, Neha Dhupia, and Johnny Lever.
Santa Banta Pvt Ltd releases on Friday.