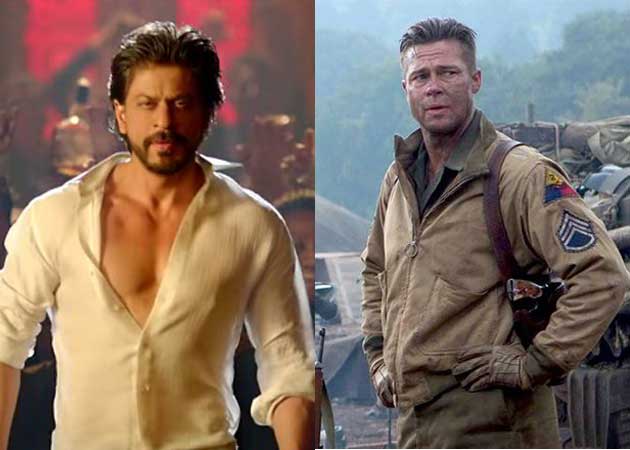 Posters of the film Happy New Year and Fury

Brad Pitt's Fury will release across Indian screens on October 31, two weeks after its international release on October 17. The decision has been kept taking in mind the Diwali festivities and the much-awaited release of Shah Rukh Khan's Happy New Year.

Given that the Diwali season is family time in India, PVR Pictures, the distributors of Fury in India will release the film once the festivities have wound down and die-hard fans of Shah Rukh have at least seen Happy New Year once in the theaters.

"However, since the worldwide release is October 17 and that's peak family time in India, given the festivities of Diwali, we took a conscious call to push the release. Also, Happy New Year is coming out too, which will definitely be a priority watch for the audience as most people wish to during this period, watch movies with their families. We didn't want to dilute the release of our film," Sharma said in a statement.