But There Was No Bra Scene To Cut, Says Baar Baar Dekho Director

The edits in Baar Baar Dekho were said to have included a scene showing a bra and a reference to the pornographic cartoon character Savita Bhabhi. Untrue, says Nitya Mehra 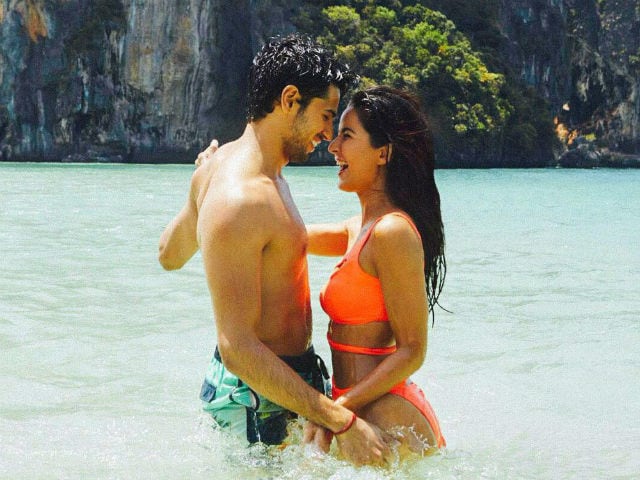 A still from Baar Baar Dekho

Much ado is being made about nothing, claims Team Baar Baar Dekho about the edits to the film that the Censor Board was reported to have ordered this week. The edits were said to have included a scene showing a bra and a reference to the pornographic cartoon character Savita Bhabhi. Untrue, says the woman in charge.
"There is no scene in the film with Katrina wearing a bra so it can't be cut. It is a clean film. It has got a U/A certificate," director Nitya Mehra told the press on Wednesday, reports news agency PTI.
There was no mention of Savita Bhabhi.
Baar Baar Dekho stars Katrina Kaif and Sidharth Malhotra, both of whom agreed with their director. Sidharth also said that no scenes have been in the film, while Katrina was just happy that it is releasing as scheduled on September 9.
This week, a report in Bollywood Hungama quoted a member of the Baar Baar Dekho team as saying, "Are we living in the Victorian era when women's innerwear was never spoken of in public? Years ago in 1995 there was a bra shot featuring Kajol and Shah Rukh Khan. And Baar Baar Dekho is directed by a woman. So the chances of lingerie being used to titillate the audience are nil."
The Censor Board has been sharply criticised in the recent past for demanding films be heavily edited. In June, the Board ordered 89 cuts to the drug drama Udta Punjab, including a demand to delete all references to the word 'Punjab.' Udta Punjab eventually released with all but once scene intact. Last year, Bond film SPECTRE was ordered to drop kissing scenes and alcohol references.
The Board has been accused afresh of being overly sanskaari after the reports of cuts to Baar Baar Dekho. Incensed, social media put out tweets describing the Board as 'BRAinless people' and worse. Nitya Mehra's statement suggests that Twitter may have been outraging over nothing.
As of now, it seems that the team of Baar Baar Dekhois happy with the hand that they've been dealt. A statement from producer Karan Johar is awaited.