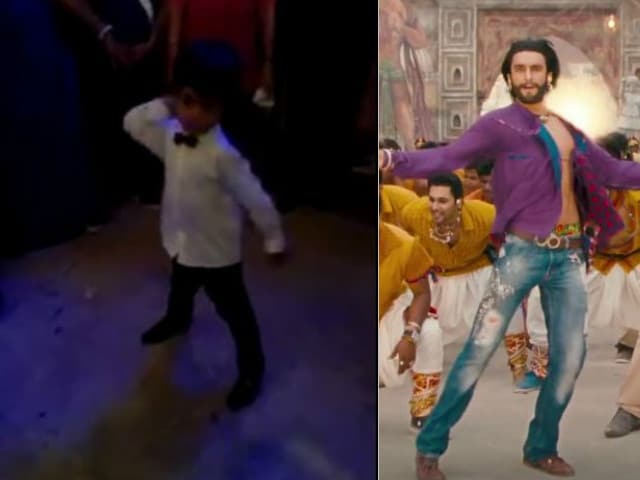 Stills from the video shared on Twitter (L) and Tattad Tattad (R).

We learnt two things on Monday -a) Shilpa Shetty's son Viaan is a Super Dancer and b) even Ranveer Singh has competition.
Viaan, all of 4, jigs to Tattad Tattad, the hit song from Ranveer's 2013 film Ram-Leela, in this video tweeted by his proud father Raj Kundra.

Competing with Ranveer Singh is not for the faint of heart. Just so Viaan knows, here's 'Chhupa Rustom' on the dance floor.

Aside - Shilpa Shetty's family is full of Super Dancers. Viaan has clearly inherited her genes but check out this video of her niece Saileen.