Can You Guess Who is This Hero? 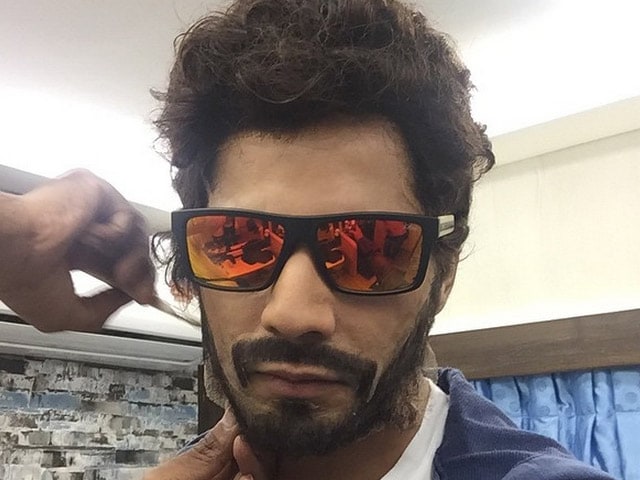 This image was posted on Instagram by Varun Dhawan

Hint: He danced his way into many a hearts

Can you recognize this actor?
Hint: He danced his way into many a hearts.
This is none other than actor Varun Dhawan, who will be soon seen in dance-drama film Any Body Can Dance 2.
The actor had put on the makeup and extensions for the promotion of his film on popular TV show Comedy Nights With Kapil. He informed on Instagram:

Varun, who promoted the film on the show with his co-star Shraddha Kapoor and director Remo D'Souza, had quite a 'messy celebration' on the sets:

He later cleaned up and joined Shraddha and Remo:

Meanwhile, Varun and Shraddha are on a promotional spree for ABCD 2 which will hit the screens on June 19. Earlier the actors were promoting the film in Rajasthan's Pink City - Jaipur, where they met quite a royal treatment:


Jaipur the pink city made @ShraddhaKapoor pink in the cheeks #ABCD2pic.twitter.com/PzyndSE69h

ABCD 2 also stars Prabhu Deva, Dharmesh and Lauren Gottlieb, from its predecessor which released in 2013. The film will release in 2D and 3D formats.