"On my way to the @UNICEF dinner, thank you #ALEXISMABILLE for the lovely gown, makeup by @Dior, hair by @dessange," tweeted Mallika Sherawat 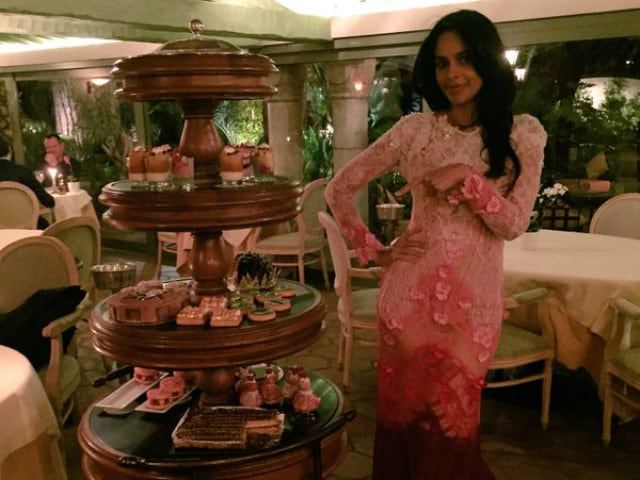 Actress Mallika Sherawat, whose film Time Raiders was screened at the ongoing 69th Cannes Film Festival, attended the UNICEF dinner in a gorgeous gown by ace designer Alexis Mabille.
The Murder actress shared pictures of herself on Twitter on Wednesday:


Striking a pose for the camera , @UNICEF#Cannes2016#alexismabillepic.twitter.com/sBUdeFBZxo

At the #UNICEF gala #Cannes2016pic.twitter.com/WNqFlVuYw9

On my way to the @UNICEF dinner, thank you #ALEXISMABILLE for the lovely gown, makeup by @Dior, hair by @dessangepic.twitter.com/afqfCM7Gdx

This year, Mallika walked the red carpet in a strapless Georges Hobeika ensemble on May 11 and was also spotted wearing a red Dolce & Gabbana outfit for a press conference for Time Raiders. Mallika shared pictures from the events on Twitter:


Minutes before the red carpet @France3tv@GeorgesHobeika#Cannes2016#CannesFilmFestival#OpeningCeremonypic.twitter.com/0l0G8zhkjo

On my way to the press conference for my upcoming international film #timeraiders wearing @dolcegabbanapic.twitter.com/TBrdvUzKE8

This is not the first time that Mallika has made an appearance at the Cannes Film Festival. The actress made headlines in 2014 in a pale, pleated Pucci dress she wore to the amfAR Gala.
Directed by Hong Kong-based filmmaker Daniel Lee, Time Raiders was shot in China last year.