"Selfie with one of my favorite actors Mads Mikkelsen at #amfARCannes," tweeted Mallika Sherawat 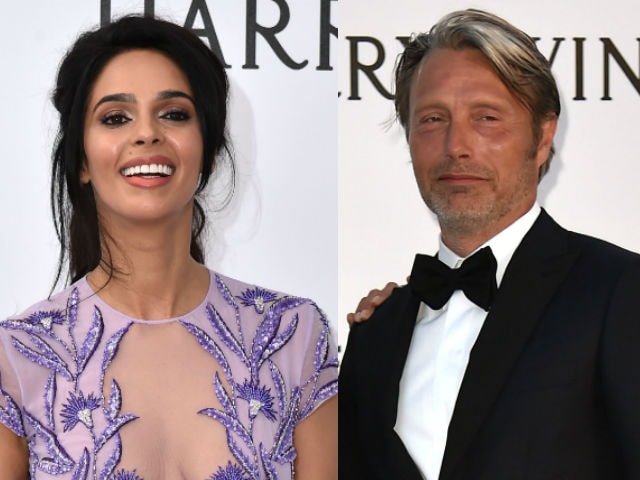 Actress Mallika Sherawat, who is currently attending the 69th Cannes Film Festival, has shared a selfie with Hollywood star Mads Mikkelsen, who was also in the French Riviera for the film gala.
Mallika and Mikkelsen were attending the amfAR gala here.
The Time Raiders donned a gorgeous lavender outfit by Georges Hobeika and the Casino Royale star looked dapper in a black suit teamed with a crisp white shirt and a black bow tie.
Mallika tweeted:


Selfie with one of my Favorite actors Mads Mikkelsen at #amfARCannes#Cannes2016#MadsMikkelsenpic.twitter.com/n7kQquNBSa

Time Raiders, directed by Hong Kong-based filmmaker Daniel Lee, was screened at Cannes. This is not the first time that Mallika has made an appearance at the Cannes Film Festival. The actress made headlines in 2014 in a pale, pleated Pucci dress she wore to the amfAR Gala.