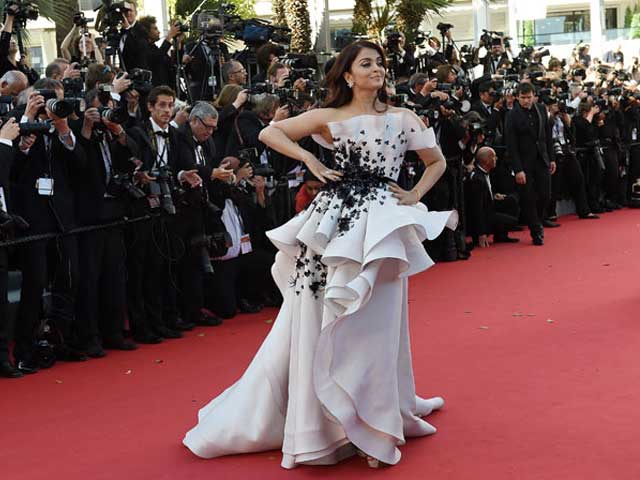 Ash was at the screening of the film Youth. Image courtesy: AFP

For her second red carpet look on Wednesday, Aishwarya picked a white dress made up of architectural folds, the bodice sprinkled with black

The fashion report for India's Cannes veterans this year appears to consist of a binary formula - Ralph & Russo, and Elie Saab. Aishwarya Rai Bachchan and Sonam Kapoor made two appearances on the red carpet and both wore an outfit by each designer.
For her second red carpet look on Wednesday, Aishwarya picked a white Ralph & Russo dress made up of architectural folds, the bodice sprinkled with black.
She posted a picture of herself gliding down a staircase on the Twitter handle she'd been manning for a day: 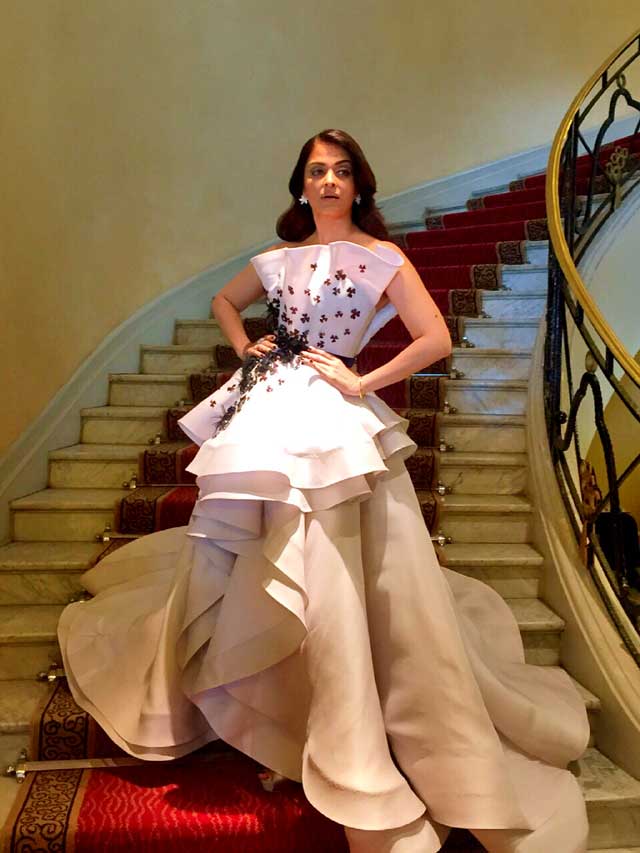 This is her dress on its way to being worn:


Here's my team getting tonight's gown! Time to get ready for the red carpet! xxAsh #AishwaryaTakesOverpic.twitter.com/4hbao152dd

Aishwarya, now in her 14th appearance at the Cannes Film Festival, wore a teal Elie Saab dress for her first red carpet saunter on May 17.
Sonam Kapoor, for her part, wore blue Ralph & Russo on May 16 and lime-coloured Elie Saab on May 18.
To launch her comeback film Jazbaa at Cannes on May 19, Aishwarya wore claret Oscar de la Renta, a designer already spotted on Croisette rookie Katrina Kaif on the opening day. Katrina wore scarlet Elie Saab for her second outfit.
Aishwarya still has one more high-profile appearance to make at the amfAR Gala on May 21.