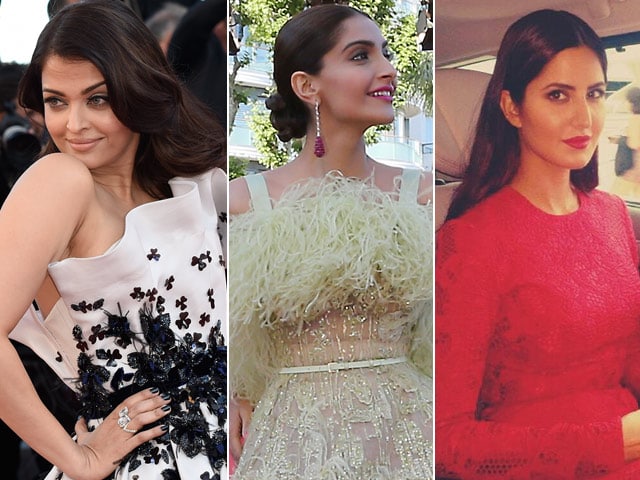 This year Bollywood and couture translated poorly on the red carpet

The Indian vanguard of the L'Oreal presence in Cannes took a three-pronged approach to the red carpet this year - Elie Saab, Ralph & Russo and Oscar de la Renta.
Mostly, however, this calculus of Bollywood and couture translated poorly on the red carpet. As representatives not of a film but of a cosmetics brand, the primary function of L'Oreal's ambassadors at Cannes is to look good.
Which India's Aishwarya Rai Bachchan, Sonam Kapoor and Katrina Kaif largely failed at this year.
Aishwarya, the war veteran of 14 years, had a sensational 2014 in which she shut the red carpet down in Cavalli and Armani. This year, she fared better than either Sonam or Katrina despite a hiccup with her first red carpet outfit - teal net Elie Saab with what looked like holes in it. Elie Saab is a designer that Ash has worn with great effect in the past. Not this time. Her second red carpet outfit, however, was guaranteed to make fashion pundits pulses quicken - white Ralph & Russo with origami-like folds and a bodice sprinkled with black. (Vote: Aishwarya vs Sonam vs Katrina at Cannes) 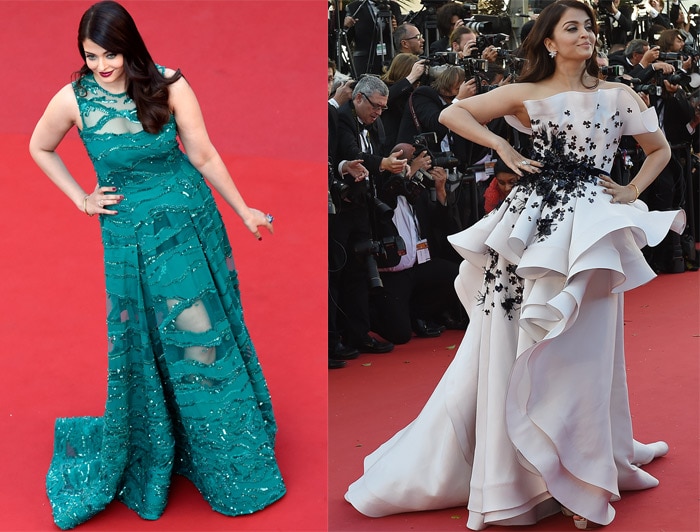 Image courtesy: AFP
Sonam, who is celebrating her fifth year at Cannes, started out with a dress that was nice enough but rather safe, given her past style chutzpah. She could have been anyone else in cobalt blue Ralph & Russo but nobody complained too much. Not until her second outfit - a rather hairy-looking Elie Saab dress in a colour somewhere between yellow and green. The internet reduced it to unkind memes instantly, comparing it to Sesame Street's Big Bird, grass, hay, Cousin Itt from The Addams Family and the chest hair that Sonam's father Anil Kapoor is famous for. (Also Read: The Internet Hates Sonam Kapoor's 'Big Bird' Dress)
Image courtesy: AFP
Actress Katrina Kaif, making her very first appearance at Cannes, was looked to for a splashy red carpet debut. It didn't come. Katrina made a bad beginning in two forgettable dresses - a black lace one by Oscar de la Renta and a scarlet brocade by Elie Saab which clashed dreadfully with her hair, currently coloured burgundy for her role in Fitoor. 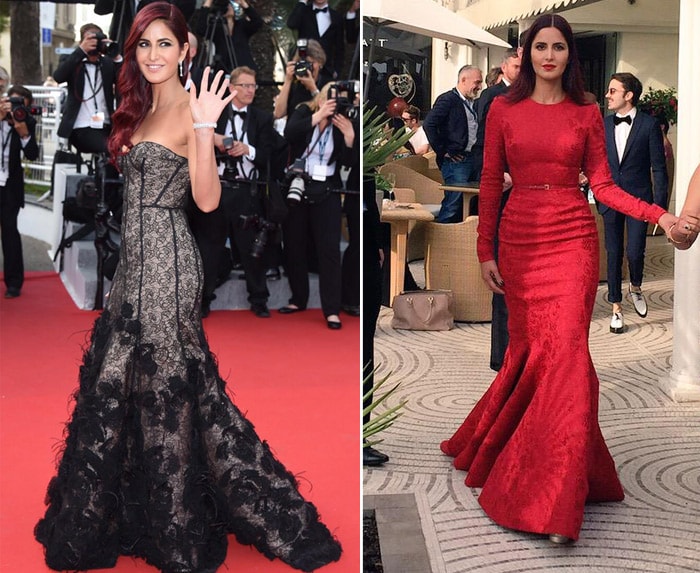 Image courtesy: @L'OrealParisIn
The brief moments of glory came off the red carpet. The outstanding outfit from the desi girls this year was the oomph-laden ivory Abu-Sandeep that Sonam wore to meet the press before she hit the red carpet. Aishwarya recovered nicely from her Elie Saab gloom in a claret Oscar de la Renta dress which she wore to launch her comeback film Jazbaa on the sidelines of the film festival. Sonam also passed with high marks in an art deco style black and gold Abu-Sandeep outfit at the Chopard party. While manning the L'Oreal India Twitter account on Wednesday, Aishwarya looked chic and put together in a black Ferragamo dress.
Image courtesy: Rhea Kapoor and @L'OrealParisIn
There were also moments of glamour provided by actress Richa Chadha, in Cannes to represent her film Masaan, who scored in a Giles dress at the photocall for her film and a Sabyasachi sari at the premiere. (Also Read: Don't Dismiss Richa Chadha as 'Unglamorous', Says Pooja Bhatt)
Image courtesy: AFP and Sabyasachi Mukherjee
Mallika Sherawat, who shows up in Cannes every year, also looked rather lovely in a deep pink Alexis Mabille dress on the red carpet. 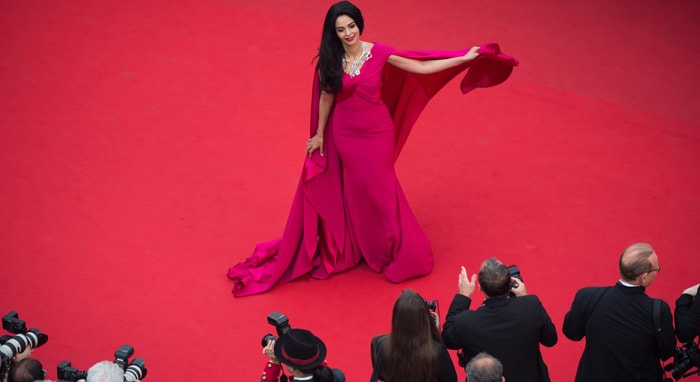