"We should not compare Jungle with Veerappan. I never said the criminal in the film was inspired by Veerappan's character. Poaching gangs are there in most of the forests. The villain in Jungle has nothing to do with this film," said Ram Gopal Varma 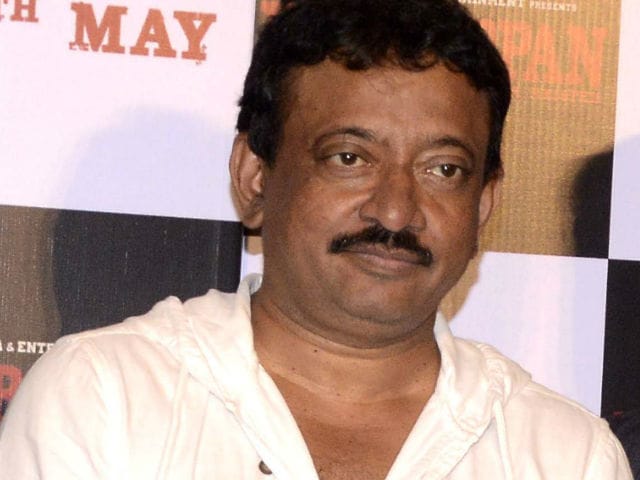 Ram Gopal Varma photographed at an event in Mumbai.

Director Ram Gopal Varma's next film is a documentary drama on sandalwood smuggler Koose Muniswamy Veerappan and the filmmaker said that he was so fascinated by Veerappan that he researched about him for over a decade.
The film titled Veerappan, is based on the man-hunt that was launched to capture or kill one of the most wanted bandits of India, who killed many.
"I love working on hard-hitting subject matters. Veerappan is a unique character as he killed many without the backing of any terrorist group just with his 303 rifle. Making a film on this man was there on my mind from a very long time. I did an extensive research of almost 15 years to make this film. I spoke to his wife and took the perspective of the cops, who managed to hunt him down," he told reporters.
Mr Varma was speaking at an event to launch a promotional song of the film.
Veerappan was released in Kannada earlier this year and it has been now made in Hindi.
"We have not dubbed the film in Hindi. We have completely redone it," said RGV.
Theatre actor Sandeep Bharadwaj is playing the titular character and Mr Varma feels he is apt for the role.
"We have auditioned him and felt he is perfect for the role. People have complimented me saying that it seems the real Veerappan has come back," he said.
When asked why he does not work with big stars, Mr Varma said, "I never worked with big stars. My stories have a raw appeal to it, which the so-called stars don't like. Aamir (Khan) was not a star during Rangeela. I don't miss working with them anymore because I don't look at my films as a stardom perspective."
The filmmaker's one of the earlier movies Jungle (2000), starring Fardeen Khan and Urmila Matondkar, also talked about the cruelty of a poaching gang.
"We should not compare Jungle with Veerappan. I never said the criminal in the film was inspired by Veerappan's character. Poaching gangs are there in most of the forests. The villain in Jungle has nothing to do with this film," he said.
Produced by Sachiin Joshi, Veerappan releases on May 27.