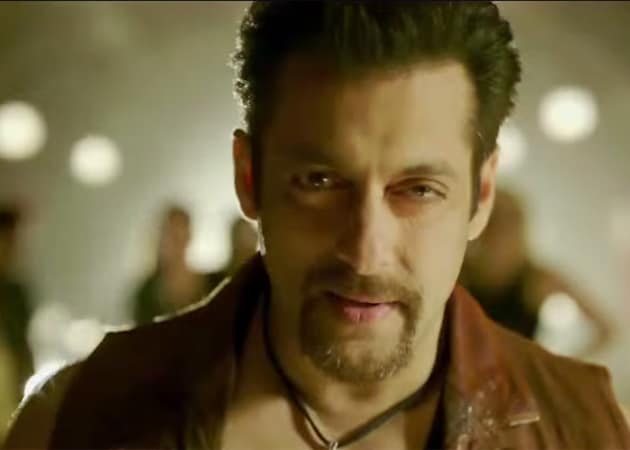 When asked whether screenplay writing will overtake his writing job, Chetan said he rather saw it as an "extension and a learning experience

Four of his novels have made it to the big screen but Chetan Bhagat hopes the screenplay he wrote for Salman Khan's upcoming film Kick will help him expand his horizon in Bollywood.
The offer to write the screenplay for Kick came from Sajid Nadiadwala, who was one of the producers on the movie adaptation of author's Two States. Sajid makes his debut as a director with Kick.(Also Read: Salman Took 3 days to record Hangover)
Another reason that attracted Bhagat to the project was Salman Khan's name. The actor had a cameo in 2008 movie Hello, based on Chetan's One Night At The Call Center.
"Sajid Nadiadwala had liked the story of Two States and he was looking to turn director with a dream project featuring Salman Khan. He asked me to write the script. Another reason that attracted me to the story was that it matches with Salman's personality.
"The character in the film does everything for a high. That's something which matches with Salman's personality. He is a man of moment and he lives from the heart and so is the character in Kick," Chetan told PTI in an interview.
When asked whether screenplay writing will overtake his writing job, Chetan said he rather saw it as an "extension and a learning experience". He also enjoyed collaborating with other writers on the movie.
"I want to expand my horizon as a writer. I had other offers earlier but I declined them because I primarily want to remain an author but between books I can write screenplays. My next novel, a love story between a rural boy and an urban girl, will be out soon," he said.
The author's fifth novel Revolution 2020 is also headed for movie adaptation with the UTV. Director Rajkumar Gupta of No One Killed Jessica is apparently aboard to helm the project but Chetan professed ignorance when asked about Arjun Kapoor joining the project.
"I have been busy with my novel so I will focus on Revolution 2020 (only) now. The cast and crew are not finalised but it will be a big film," Chetan said.
Chetan faced lot of criticism during the controversy over the credits in 3 Idiots. When reminded of it, the writer says the incident helped him learn a lot.
"After that, I decided to work really hard and decided that my work will never be questioned again. I learned how to handle my relationships, contracts and communication better which is true for everyone," said Chetan.
He feels Bollywood has made him wiser and more evolved. "I am five films old now and have evolved a lot by working here. I have learned that you can't compromise on talent and hard work," he added.
Asked him whether he has ever given a thought to directing, Chetan said that Sajid has been encouraging him for that but he is not so sure.
"Never say never. It may happen someday but right now I don't think it is possible. Directing is very time consuming," he concluded.