Chetan Bhagat: There's a Shortage of Good Writers in the Film Industry 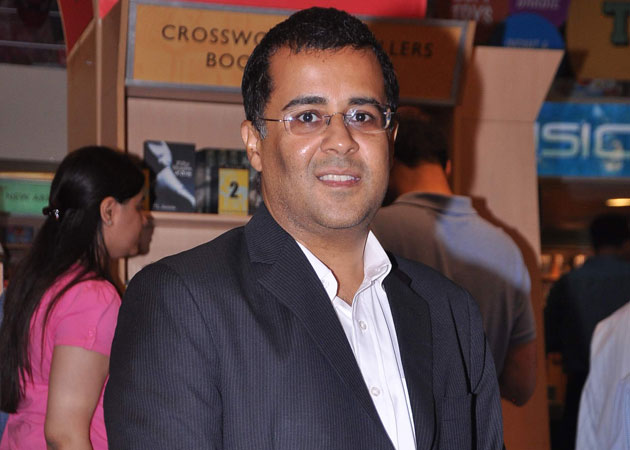 Chetan Bhagat's novel 2 States: The Story Of My Marriage was recently made into a movie

Author Chetan Bhagat, who has penned the screenplay of Kick starring Salman Khan, finds that the film industry suffers a dearth of good scripts and writers.

Author Chetan Bhagat, who has penned the screenplay of Kick starring Salman Khan, finds that the film industry suffers a dearth of good scripts and writers. (Also Read: Movies help me reach more Indians: Chetan Bhagat)
"There are talented people in this industry. We have some good writers here. I feel there are some movies being made out of books, and there are movies which are also fresh. But there's definitely a shortage of writers and good scripts," Chetan told IANS.
"You can't order a good script and buy it, there is a big supply issue," he added.
Four of Chetan's books have been made into films.
His bestselling novel 2 States: The Story Of My Marriage was recently made into a movie which starred Arjun Kapoor and Alia Bhatt, and it struck the right chord with the masses.
Two others managed to paint a successful box office story - 3 idiots (based on Five Point Someone) and Kai Po Che! (based on The 3 Mistakes Of My Life), while Hello, inspired by his One Night @ the Call Center did not get a great reception.
The writer is already impressed by the promo of Kick, which marks the debut of producer Sajid Nadiadwala as a director.
"Sajid had bought the rights of 2 States, and after that, we became good friends. He called me to his office and said he would make Kick and would like me to be part of it.
"I was okay because I had not done a pure screenplay before. I didn't know how it will all pan out, so on a gut feeling and on a personal relationship, I said 'yes'. When the promos came out, I was dazzled myself."