Chitrangada Singh on Her Spat With Babumoshai Bandookbaaz Director

"We finished the shot and Kushan said that he didn't like it. He wanted me to lie on top of Nawaz. Now let me tell you that I was wearing a petticoat for that scene. I turned around to tell Kushan about my predicament," said Chitrangada Singh 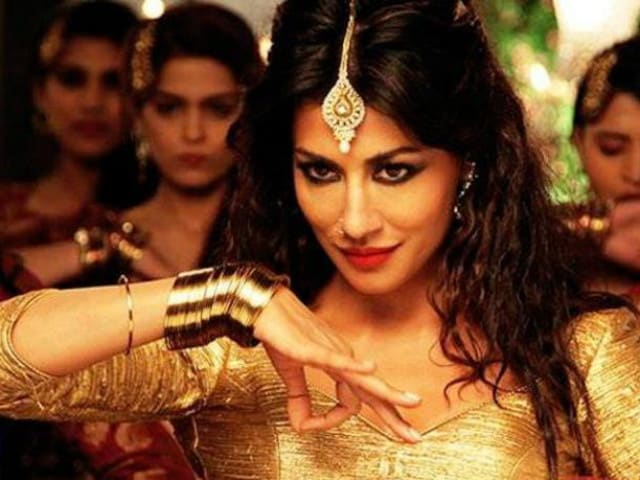 Chitrangada Singh in a still from song Aao Raja.

Actress Chitrangada Singh has confirmed that she walked out of upcoming film Babumoshai Bandookbaaz, starring Nawazuddin Siddiqui and revealed why she quit the film. She has claimed that director Kushan Nandy was not satisfied with an intimate sequence she filmed with Mr Siddiqui and wanted retakes. Ms Singh, who was uncomfortable filming the scene multiple times because of her attire, "ended up having a big, loud argument" with the director.
In an interview with Spotboye, she said: "We finished the shot and Kushan said that he didn't like it. He wanted me to lie on top of Nawaz. Now let me tell you that I was wearing a petticoat for that scene. I turned around to tell Kushan about my predicament. I told him: 'Ho toh gaya. Kyun kar raha hai aise? Please try to understand that I am wearing a petticoat. But, he was in no mood to listen and we ended up having a big, loud argument. And wait till you hear this! A few minutes later he went and told Nawaz that we had shot the intimate scene very well! Can you beat that?"
Ms Singh also spoke about her conversation with Mr Siddiqui, who told her that the director was already in search of a replacement for her. "Nawaz and I sat down for a long chat till 4.30 am. He said that Kushan had been telling him that he'll get some other heroine. Frankly, Nawaz was quite bewildered," said Ms Singh.
Ms Singh added that she was asked to shoot the scene in consideration 'again and again and again.' "Yes. And he said that I should do it bindaas. What is a bindaas woman? One who wears a petticoat and jumps on a man? Kushan argued that my character in the film is that of a poor woman who goes a tad wild. Does being wild mean that she will start humping her man every time she sees him?," she told the webloid.
Ms Singh mentioned that the film's co-producer Kiran Shyam also 'interfered' on the sets. "We had already shot a montage where Kushan wanted me to do something similar. Nawaz and I had also kissed in that montage, and now Kushan wanted a 7-second kiss in the intimate scene. Even Nawaz told him 'Kiss kiya toh hai, ab kya chahiye Kushan?' Kiran interfered and I turned around to tell her: Who are you to explain my scene to me? That woman decided almost everything on the set, even the nose ring that I wore. She takes the final call on clothes too. She interfered in the intimate scene and said that she wants a long smooch between Nawaz and me. I couldn't take it lying down and I questioned them that who's the director: Kushan or Kiran? Kushan became embarrassed and asked her to leave. She is mighty pissed with me, I guess," Ms Singh said.
Asked about reports stating that she contacted Mr Siddiqui to return to the sets and be considered for the film again, Ms Singh told Spotboye: "Not at all. In fact, Nawaz called me when I was headed to the airport. He asked me to return. And do you know what I told him? I told him: Speak to Kushan and if he sees my viewpoint, I am still 30 minutes away from the airport and ready to come back. But Kushan did not revert."
In another report on Spotboye, a source close to the director said: "Blatant lies. These allegations are false. Chitrangada was continuously arguing on the scenes. We don't make erotic films. Directors get involved in their scenes and exaggerate a bit to get the best out of their actors. Chitrangada was not performing well, the film was suffering and we asked her to leave. She has too much attitude and not only wanted changes in the script but even reported late on the sets."
Chitrangada Singh, 39, made her debut in Bollywood with critically acclaimed Hazaaron Khwaishein Aisi and also starred in movies like Yeh Saali Zindagi, Desi Boyz, Inkaar and I, Me Aur Main. She made a special appearance in song Aao Raja in 2015's Gabbar Is Back.
Babumoshai Bandookbaaz also stars Tahir Raj Bhasin, Roopa Ganguly and Prosenjit Chatterjee.