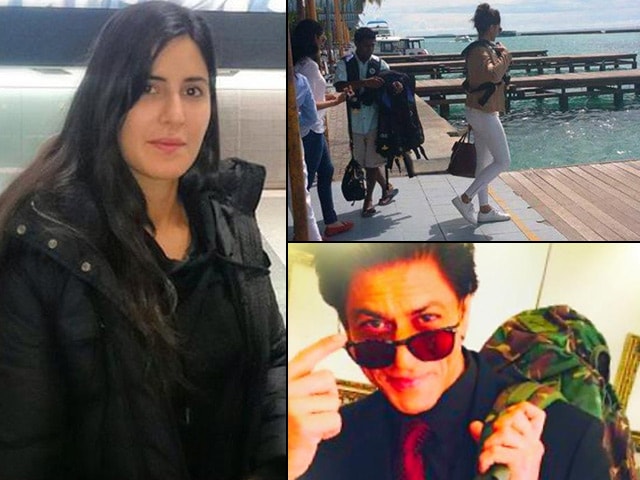 Bollywood is in relaxation mode after a hectic year.

As 2014 comes to an end, Bollywood celebrities were spotted arriving in different parts of the globe for their respective family vacations

It is that time of the year again, when Bollywood's thoughts turn from box office crores to holiday cheer. 2014 is almost done and dusted and several celebrities have jingled all the way across the globe to vacation with their families at destinations as diverse as sunny Maldives and wintry London.
Actress Deepika Padukone, who had a second consecutive successful year with films like Finding Fanny and Happy New Year in her kitty, has flown to the island paradise of Maldives to celebrate Christmas and New Year with her family in the sunniest manner possible. 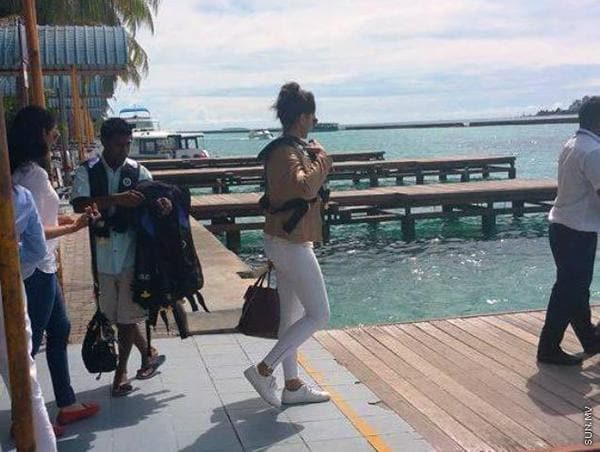 This image was posted on Twitter by Deepika Fan Club
The beaches of Maldives are a favourite holiday spot with Deepika, who also spent her last vacation there.
Meanwhile, actress Katrina Kaif will be spending her holidays with her mother and siblings in London, as she does. She was spotted at London's Heathrow airport on December 22, dressed in an all-black outfit with a warm overcoat to beat the chill. 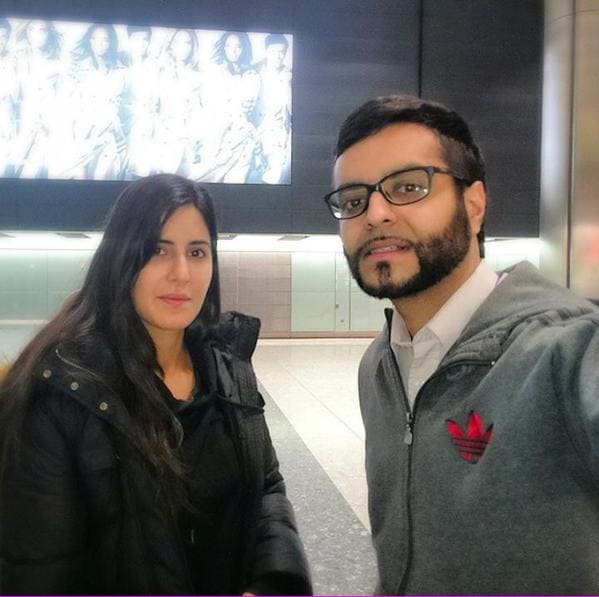 Katrina Kaif spotted at Heathrow airport in London with a fan. (Image courtesy: Katrina Kaif Daily)
Katrina will reportedly be joined by boyfriend Ranbir Kapoor for Christmas and New Year festivities. The couple, who haven't officially said they're dating but now live together, recently threw a party at their Bandra home which saw the likes of Aishwarya Rai, Aamir Khan, Anushka Sharma and other A-list guests attending.
Actor Anil Kapoor has already started birthday-cum-Christmas celebrations in Dubai with his wife Sunita and daughters Sonam and Rhea. "I'm really happy that I'll be spending time with my wife Sunita and my daughters Rhea and Sonam. We're flying to Dubai for my birthday and Christmas," he told IANS in an interview before leaving. 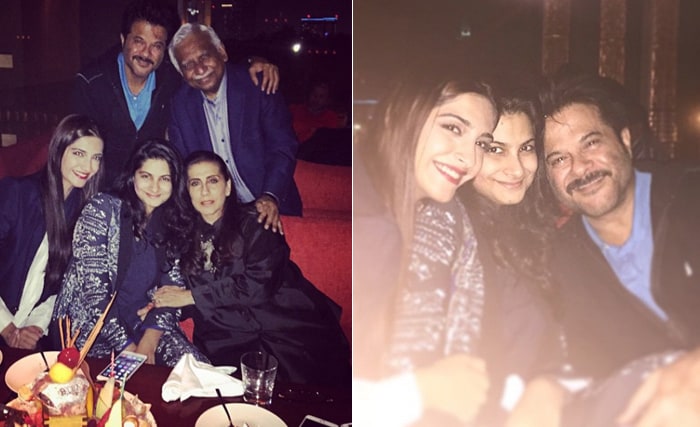 This image was posted on Instagram by Sonam Kapoor
Anil's son Harshvardhan, however, skipped the family vacation as he is shooting his debut film Mirziyan, directed by Rakeysh Omprakash Mehra.
Anil told IANS, "But unfortunately, my son Harshvardhan can't join us. He is shooting for Rakeysh's Mirziya in the interiors of Rajasthan. That's okay. There will be many other occasions for us to be together. Right now Harsh needs to concentrate on his career."
Bollywood superstar Shah Rukh Khan is also reportedly planning a Dubai outing with his family. The actor who owns a bungalow in the Emirate's Palm Jumeirah region may also throw a party for friends and family there. Shah Rukh's son Aryan, who is studying in London, will join his family directly in Dubai. (Watch: Shah Rukh Khan To Bring in 2015 in Dubai)
Actors Shraddha Kapoor and Varun Dhawan will usher in the New Year in 'Sin City' - Las Vegas - courtesy their film Any Body Can Dance 2. "I am celebrating New Year in Vegas because we are going to shoot there for Any Body Can Dance 2," she had said in an earlier interview to IANS. 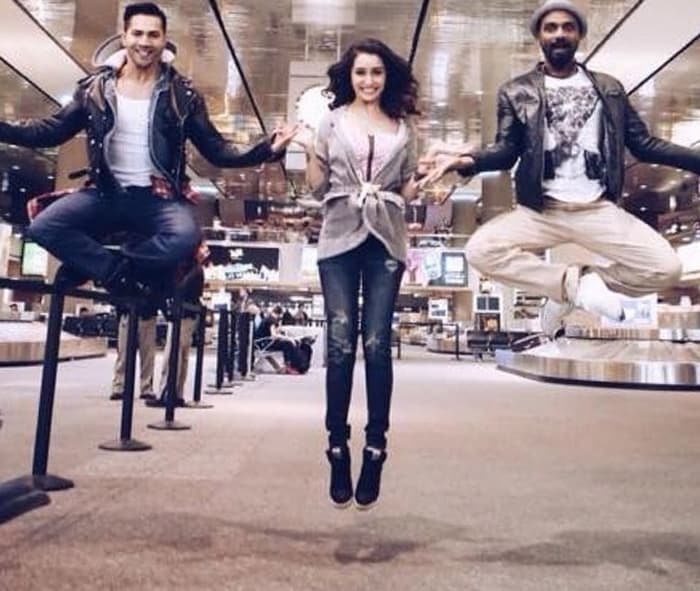 This image was posted on Instagram by Shraddha Kapoor
The actors are currently shooting in Vegas and director Remo D'Souza has kindly allowed his stars to party in one of the most happening cities of the world on the one night it matters.

"I am going to have lots of fun there. Very few people get the opportunity to spend New Year in Vegas and I am one lucky person. Remo sir has told us that we are going to stay back after the shoot and celebrate New Year there."
Meanwhile, Dubai seems to be Bollywood's holiday spot. Actress Parineeti Chopra recently returned from a vacation there with her team and friends.

Dubaiiii !! And the team who makes it happen :) Carla & Nitasha missing!! They were busy in the pool and/or eating :p pic.twitter.com/4Ez5MlR7Gs

Soon after her return, the Kill Dil actress hopped onto a flight headed to God's Own Country - Kerala. Parineeti is mixing work with pleasure in the serene state.

Bollywood is now truly in relaxation mode after a hectic year.
Watch: