Christopher Lee and Amitabh Bachchan Played Golf Together Once. It Was 'Wonderful' 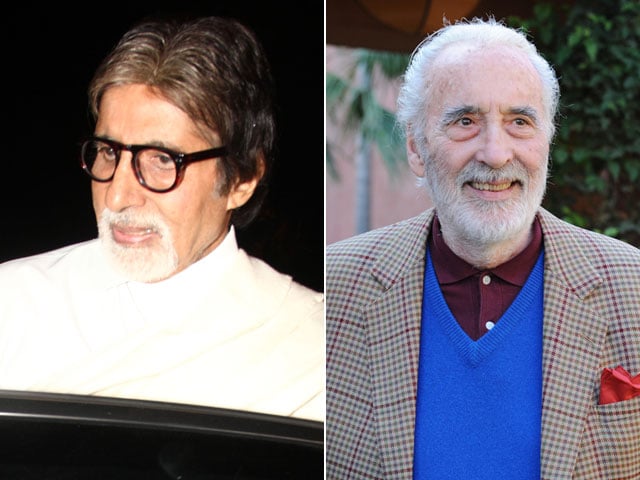 Big B said he missed the chance of meeting Sir Christopher Lee when he travelled to India to shoot for Jinnah, a biopic, released in 1998.

Megastar Amitabh Bachchan has recalled the "wonderful" moment he shared with Hollywood legend Christopher Lee in South Africa. Mr Bachchan, 72, who met the veteran actor during his stint as a jury for Miss World pageant said Sir Christopher was a great company.
"Some years ago I was invited to be on the jury for the Miss World Contest, in South Africa, soon after our own Miss World debacle in ABCL. Sir Christopher Lee was on the panel of judges with us and I remember the wonderful time spent with him during the contest. He was a great company; played a few rounds of golf with him during the off moments," said the Piku star.
The Black actor also wrote on his blog that Sir Christopher was "a proficient golfer with a handsome handicap."
Big B said he missed the chance of meeting the Lord of the Rings star again when he travelled to India to shoot for Jinnah, a biopic, released in 1998.
"A few years later I got a note from him that he was on his way to India to film a chapter in the history of pre independent India. He was playing Jinnah, the Founder of Pakistan. I was travelling and could not respond to him. Sad that I missed his company and the opportunity to host him here in Mumbai. Prayers and peace in condolence," he added.
Christopher Lee, 93, died on June 7 after being hospitalised for respiratory problems and heart failure in a London hospital. However, the British media reported the news yesterday as the actor's wife wished to inform the family members first.