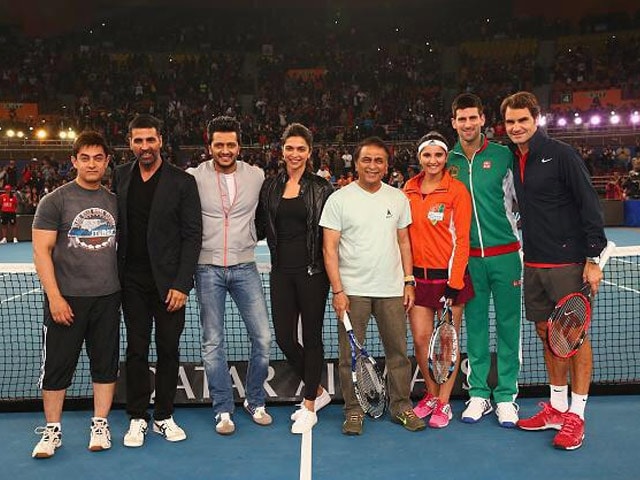 This image was posted on Twitter by Riteish Deshmukh

Some of Bollywood's sportiest stars were spotted at the ongoing International Premier Tennis League tournament on December 9 in New Delhi. Not only did Aamir Khan, Deepika Padukone, Akshay Kumar and Riteish Deshmukh watch tennis superstars Roger Federer and Novak Djokovic play an exhibition match, they also played a friendly game with them.

The cameras began clicking when the Bollywood celebs present descended on the court with FedEx and Djoker. Aamir Khan, a well-known sports enthusiast who has played cricket and won a cycle race in his films, was the first among the actors to take to the court, partnering Federer against Djokovic and Sania. 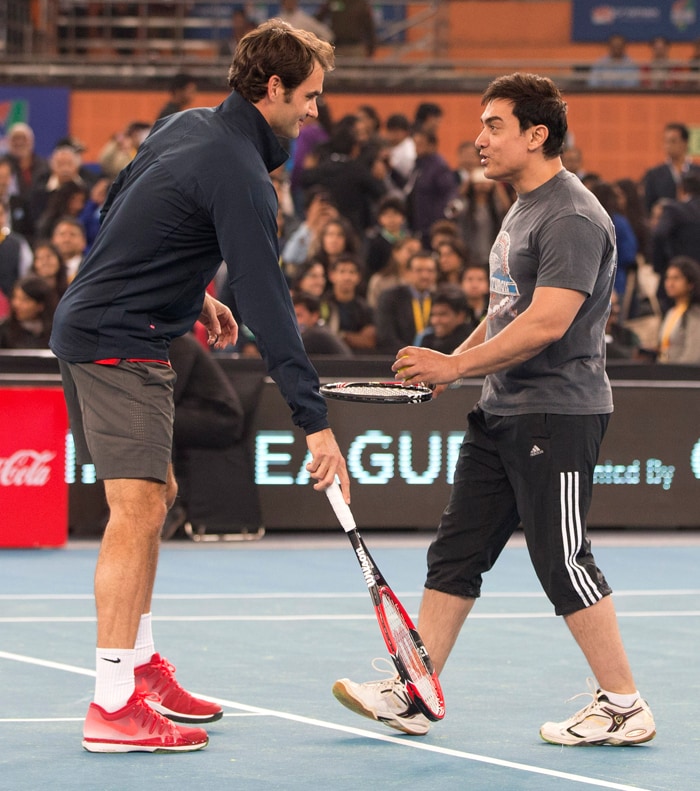 Aamir Khan was accompanied to the game by his wife, filmmaker Kiran Rao and his three-year old son Azad, who also looked thrilled to meet Federer. 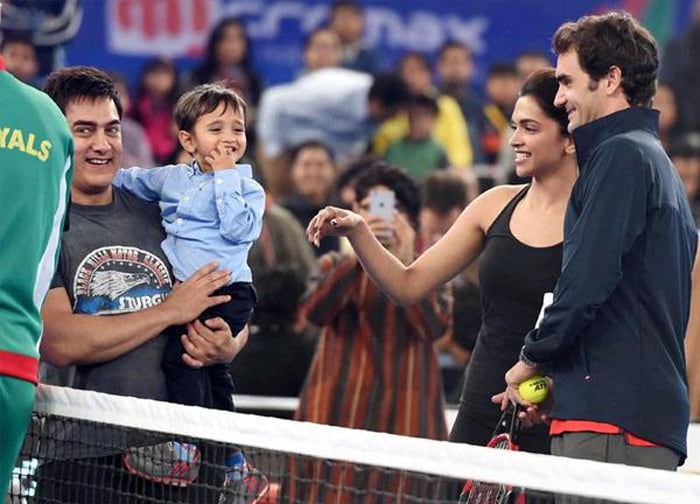 Clad in an all-black ensemble, former badminton player Deepika swapped the shuttlecock for a tennis ball. Deepika was accompanied to the match by her father, badminton great Prakash Padukone. 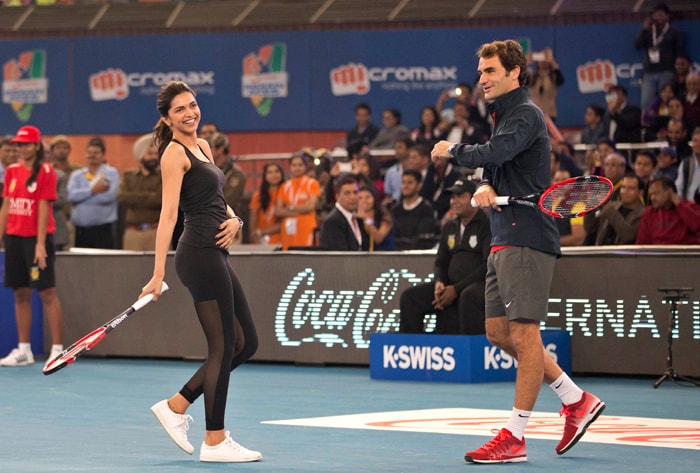 Akshay Kumar, as famous for his martial arts skills as his roles in action movies, shook Federer by the hand as Riteish twirled his racquet. 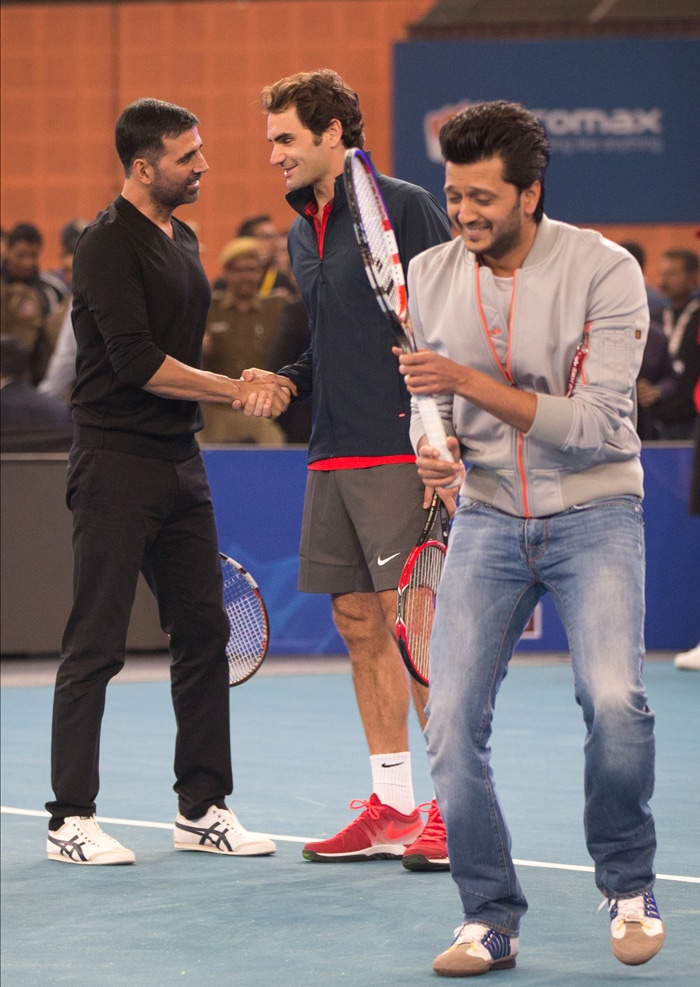