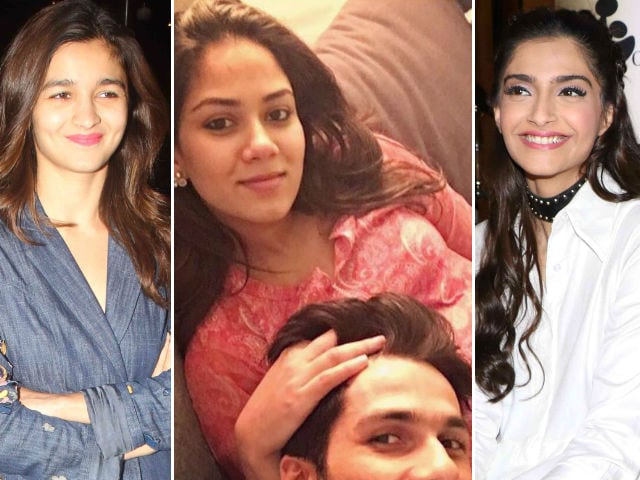 The image in middle was posted on Instagram by Shahid Kapoor


Congratulationssssssss to the most amazing couple @shahidkapoor@MiraRajput !!!!! Can't wait to see this beautiful baby girl!!!!

His Mausam co-star, Sonam Kapoor is dying to see the baby. She tweeted:


Congratulations @shahidkapoor and #MiraRajput on your baby girl... Blessings and love from the bottom of my heart.. I'm dying to see her!

Filmmaker Karan Johar said the best line when he tweeted:


Huge congratulations to @shahidkapoor and Mira....nothing more precious than a baby girl....lots of love....

Actor Ritiesh Deshmukh, who is a father to two sons- Riaan and Rahyl, welcomed Shahid to the club.


Congratulations @shahidkapoor & Mira on birth of an angel . Welcome to the club my friend. Love & blessings to the little one.

Others who've also congratulated Shahid and Mira are:

Congraaaaaats @shahidkapoor !!!! Welcome to d club!!! Love to the little one!!! N super hug to the parents!!!

Congrats @shahidkapoor welcome to the world of parenthood! Loads of love and wishes to the baby!