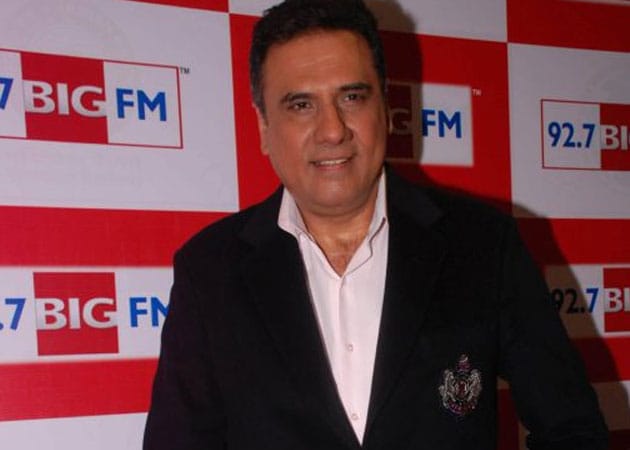 Actor Boman Irani is in the news for all the wrong reasons. It appears that the actor's son Danesh Irani has been caught up in the QNet scam amounting to Rs 425 crore.

Actor Boman Irani is in the news for all the wrong reasons. It appears that the actor's son Danesh Irani has been caught up in the QNet scam amounting to Rs 425 crore.
Confirming the same, Himanshu Roy, joint commissioner of police (Crime) said that Danesh's account was under investigation. "We have reason to believe that Rs 18 crore has gone into Danesh's account. This is an unusual amount of money. Hence, we are investigating his exact role in the company. We are still looking into the sources of the funds and we may call him in to record his statement."
When MiD DAY asked if they had contacted the Iranis, Roy added, "It is not Danesh that we are investigating specifically. We are investigating the money trail, which is linked to several individuals. We are investigating all of them but, of course, this gentleman received the publicity because of his high-profile status."
The actor's name cropped up in the scam after Andheri resident Gurupreet Singh Anand filed an official complaint against Danesh. In his two-page complaint to the police, Anand said, "I say that the role of the son of Boman Irani, Danesh, needs to be investigated, as it is common knowledge that Danesh Irani is also actively involved in propagating and promoting this QNet scam in India. I hope that you initiate investigation against these people."
When it was brought to Anand's notice that the Economic Offences Wing had not sent any notice to Danesh and that there may be no merit in his complaint, Anand said, "They take time to send a notice. Even in the case of Michael Ferreira, the former billiards champion, cops only got around to sending a notice 45 days after my complaint."
Ferreira says
Meanwhile, Michael Ferreira, against whom a lookout notice has been issued, ('Mumbai cops issue notice for billiards great Michael Ferreira in Rs 425-cr QNet scam', Jan 3) said in an e-mail statement, "I have been in Malaysia for some tests and medical treatment to address some of my long-standing health issues. Malaysia, being among the best medical tourism destinations in the world and also home to very close family friends, was naturally the first choice for me. I find it ridiculous that anyone would say that I am trying to avoid or run away from my responsibilities and from cooperating with the EOW."
Boman speaks out
Following reports that he was enmeshed in the scam, Boman Irani attempted to clear the air. He said, "My son had worked as an agent like thousands of others when he had passed out of college, during 2007-08, after which he left for the USA for his MBA. His earnings and residuals for his hard-earned efforts as a multilevel marketing agent are all taxed and above board. Even though the individual has made this complaint, no authority including the EOW has intimated us for any inquiry. Rest assured, me and my family are law abiding citizens of this country."