Court 'One of the Best Films' Karan Johar Has Seen 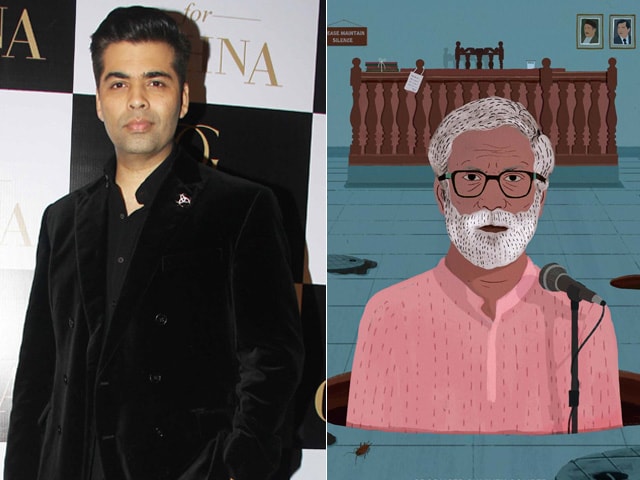 A file photo of Karan Johar (left) and (right) a poster of Court.

The courtroom drama, directed by filmmaker Chaitanya Tamhane, who made his debut with the movie has been selected as the official entry to the prestigious awards. Court also won the Best Picture at the National Film awards this year, besides winning 17 international honours after its premiere at the Venice International Film Festival in 2014

Calling it the best film of the year, Karan Johar has supported the selection of Marathi movie Court as India's official entry to Oscars next year.
The courtroom drama, directed by filmmaker Chaitanya Tamhane, who made his debut with the movie has been selected as the official entry to the prestigious awards after beating 30 films including PK, Haider and Bajrangi Bhaijaan.
This is what the filmmaker posted on Twitter on September 24:

#court is undeniably a great decision! One off the best films I have seen this year...finger crossed for its victorious journey ahead...

The independent and low-budget drama received widespread praise from critics, who hail it as one of the best movies to emerge from the country in recent times.
India is yet to win an Oscar in the Best Foreign Language Film category. The last Indian film that made it to the list of final five was Ashutosh Gowariker's Lagaan. Mother India and Salaam Bombay are the other two Indian films to have made it to the list. (Also Read: Court Picked For the Oscars, Slow Clap From Bollywood)