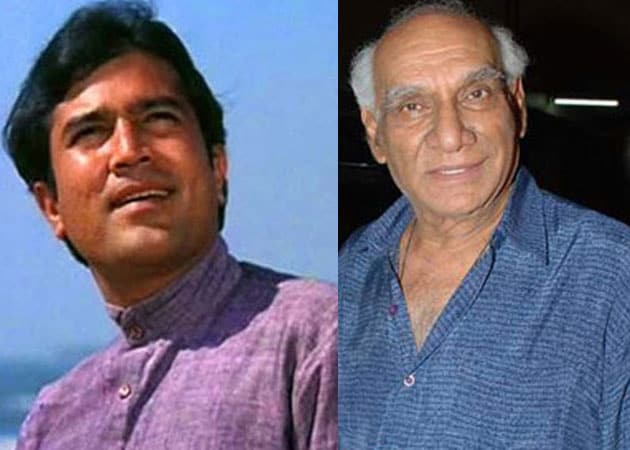 Filmmaker Yash Chopra, Rajesh Khanna, legendary playback singer Asha Bhosale are among those Bollywood legends, who will be honoured with the Dadasaheb Phalke Academy Awards on April 30.

Filmmaker Yash Chopra, Rajesh Khanna, legendary playback singer Asha Bhosale are among those Bollywood legends, who will be honoured with the Dadasaheb Phalke Academy Awards on April 30.
Asha Bhosale will be presented with the Phalke Ratna Award for her contribution in the field of music for five decades.
Late Yash Chopra will be conferred with the Dadasaheb Phalke Academy Award for his services to the Indian film industry as the iconic filmmaker while his wife Pamela will recieve the Saraswatibai Phalke Award.
Rajesh Khanna, who died in July last year, will be honoured as the first superstar of Indian cinema award. Akshay Kumar will receive the Best Actor award for Rowdy Rathore and his mother-in-law Dimple Kapadia will get the Phalke Ever Memorable actor award.
Manoj Bajpayee will get the Phalke Excellent Performance award for the film Gangs of Wasseyur while Irrfan Khan will be given the Phalke Memorable Performance Award for Paan Singh Tomar. Govinda will be presented with the Phalke Versatile Actor award.
Newcomer Arjun Kapoor will be honoured with Phalke Debut Actor Award and music composer-singer-actor Himesh Reshamiya will be presented the Phalke Best Supporting Actor Award for Khiladi 786.
Veteran actor Prem Chopra will receive the Phalke senior actor (negative role) Award and Mala Sinha will be given the Phalke Icon Cine Artiste Award.
"Dadasaheb Phalke is the father of film industry and it is because of him so many people got job in film industry. We are thankful to him and the Academy to consider me for this award," Prem Chopra said mouthing his famous dialogue Prem Naam Hai Mera Prem Chopra.
TV actors Disha Vakani and Dilip Joshi will be given away the best TV actor and actress in small screen category, for their performances in the popular show Tarak Mehta Ka Ulta Chashma.
The event is held annually to celebrate Dada Saheb Phalke Jayanti, where most senior members of various craft of film production sector are honoured by presenting trophies for their outstanding services to the industry.
The 13th Dadasaheb Phalke Academy Awards will be held on April 30 at Bhaidas Auditorium in suburban Vile Parle here.