Daisy Shah: Salman Khan is my hero in reel and real life 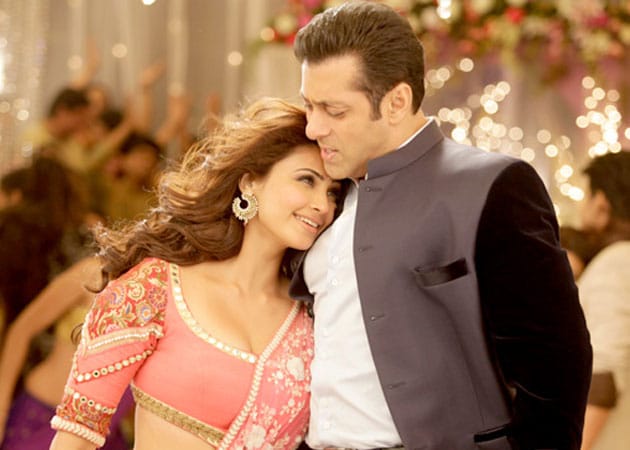 Newcomer Daisy Shah, who will be seen in Salman Khan starrer Jai Ho, says she regretted saying no to the superstar for his hit film Bodyguard.

Newcomer Daisy Shah, who will be seen in Salman Khan starrer Jai Ho, says she regretted saying no to the superstar for his hit film Bodyguard.
"I regret only about one thing and that was saying no to Salman. I think whether you work with Salman or not, his presence in your life is more than enough. In that way, I felt I lost out on him. I look at him as a hero, as my hero in real and in reel life. I am fond of him, I am romancing him (in the film)," Daisy told PTI in an interview.
Daisy was offered to play Kareena Kapoor Khan's best friend in Bodyguard, but the role did not excite her.
"I was not convinced with the part that I was offered to play. I was shooting for a south film and dates were also a problem. I couldn't put that project on hold, I had to concentrate on one thing, I chose to do south film," she said.
But it took her sometime to explain to Salman the reason for saying no. "I took time to give an answer to him. I was preparing myself for 7-8 days how to say no to him. I feel anything done half heartedly is a waste," she said.
When she rejected the role, Salman just said ok, but did not take it well. She said during the shooting of Jai Ho, Salman said he was angry with her for not doing the role.
Daisy was one of the background dancers in Salman's Maine Pyaar Kyun Kiya and he noticed her once and asked her if she would like to get into acting.
"We were shooting for a song in South Africa for Maine Pyaar Kyun Kiya and while doing rehearsals he saw a glimpse of mine in a video tape. He felt I had the potential of becoming big or getting into acting. He did not tell me anything that time as I was not prepared what to do next. When he learnt that I have done modelling and acted in south films he asked me for films," the actress said.
Salman has launched several newcomers and people look upto him as a godfather and a mentor.
"When I have to say something about him, I fall short of words. Whoever I am today, wherever I am today is because of him. I owe it to him," she said.
Daisy is all praise for Salman as an actor. "When you are working with Salman you learn things continuously, there is always a scope of improvement. He wants everybody to show that you are involved in the film and not to be aloof," she added.