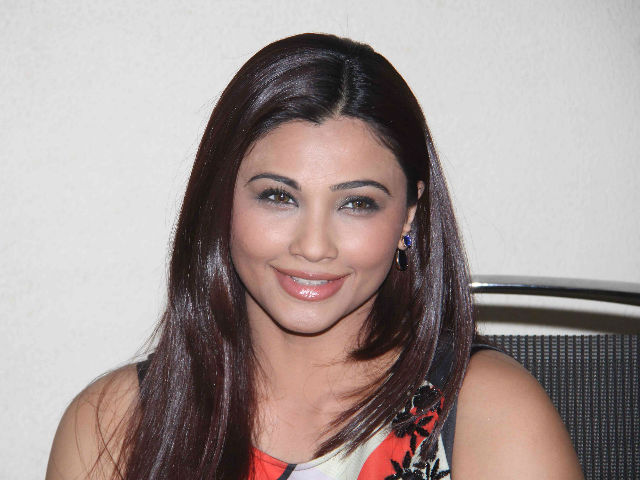 Daisy Shah photographed at an event to promote Hate Story 3 in Mumbai.

"I would want to work with Sanjay Leela Bhansali and Vishal Bhardwaj. I would like to play Bhagyashree's role from Maine Pyar Kiya and romance Salman. I would also like to do Sridevi's role from Chaalbaaz." Meanwhile, Daisy is looking forward to the release of Hate Story 3

Actress Daisy Shah said that her dream role would be the one played by Bhagyashree in superstar Salman Khan's film Maine Pyaar Kiya.
"I would want to work with Sanjay Leela Bhansali and Vishal Bhardwaj. I would like to play Bhagyashree's role from Maine Pyar Kiya and romance Salman. I would also like to do Sridevi's role from Chaalbaaz," Daisy told PTI.
She made debut in Bollywood last year opposite Salman in Jai Ho. Before becoming an actress Daisy was a choreographer. The Bajrangi Bhaijaan star spotted the 31-year-old actress, who was one of the background dancers in his film Maine Pyaar Kyun Kiya?.
He noticed her once and asked her if she would like to get into acting. "I left choreography three years ago. I am focusing on acting and I am enjoying every bit of it. I am getting comfortable in this space. I want to explore different kind of films," she said. (Also Read: Salman Khan Found Daisy Shah 'Sensuous' in Hate Story 3)
Meanwhile, Daisy is looking forward to the release of Hate Story 3, which is an erotic thriller.
"It was not surprising for me to get this offer. I was looking forward to do something that is out of my comfort zone. I wanted to do something which is not like Jai Ho. I was excited by the story. I knew it had bold scenes and that was holding me back from doing the film. I was in a dilemma whether I should do this film or not," she added. (Also Read: Salman Khan Convinced Me to do Hate Story 3, Says Daisy Shah)
Initially, Daisy was uncomfortable doing intimate scenes. "Indian films have limitations and we all know about it. I was uncomfortable doing bold stuff on screen as I had not done it earlier. I was frightened initially. But this (bold) scene happened in the end of the film so by that time I was comfortable with my co-actors, directors and the crew," she added.
Daisy co-stars in the film with Zarine Khan, Sharman Joshi and Karan Singh Grover in the lead. "I had a great time working with Sharman Joshi and Karan Singh Grover. Zarine is a sweet girl. She has done a phenomenal job," she said.
The third film in the Hate Story franchise is directed by Vishal Pandya and it is set to release on December 4.