Dangal: Aamir Khan said: "Whenever they want to see it, we will screen it" 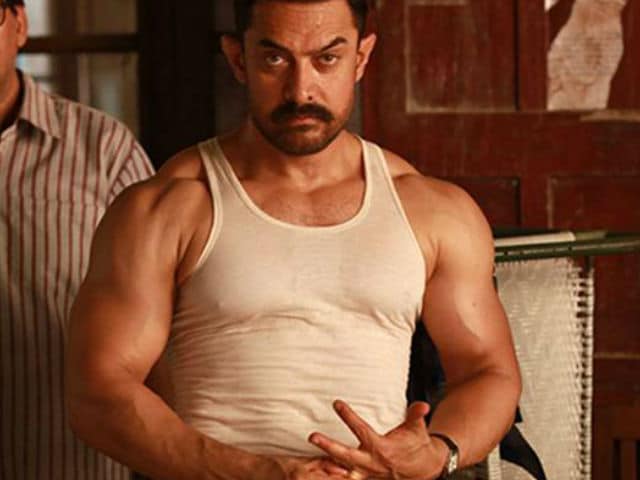 Actor Aamir Khan is at a few days distance from the release of his much-awaited and much talked about wrestling drama Dangal. Ahead of Dangal, the 51-year-old actor has invited the other two members of the Khan trio - Shah Rukh and Salman - for a special screening to be hosted only for them, reported PTI. Currently, Aamir has no time to breathe as he is busy in aid of his wrestling drama which is based on the life of Haryanvi wrestler Mahavir Singh Phogat, who trained his daughters - Geeta and Babita - in wrestling. Only last week Aamir arrived on Karan Johar's talk show Koffee With Karan with actresses Fatima Sana Shaikh and Sanya Malhotra, who play the Phogat sisters in Dangal. Then he hosted a screening for his Bollywood colleagues on Tuesday evening. In Dangal, Aamir features in two versions - as the younger wrestling champion and a middle-aged father.
Aamir said he left messages with Shah Rukh and his Andaz Apna Apna co-star Salman but apparently both of them have their dates blocked with prior commitments. Aamir also added that a screening will be arranged according to their convenience. Talking to PTI in Mumbai, Aamir said: "I have messaged both of them (Shah Rukh and Salman), whenever they want to see the film. Both are busy now, so whenever they want to see, we will screen it."
Shah Rukh was last seen in Dear Zindagi while Salman Khan's last project was Sultan. SRK's Raees opens on January 25 and Kabir Khan's Tubelight is what's keeping Salman busy.
Well, looks like Aamir can keep aside his bucket of popcorn for now.
Aamir was speaking at the Dangal screening he hosted last night. Mahavir Singh Phogat was the special guest who arrived with his family. Fatima and Sanya posed with their onscreen counterparts. 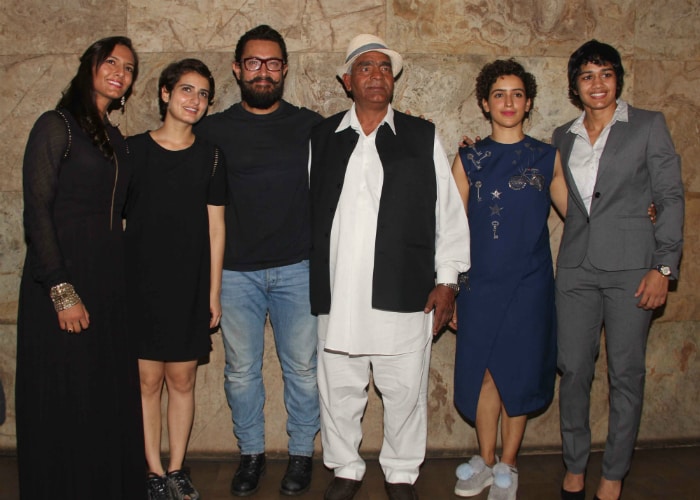 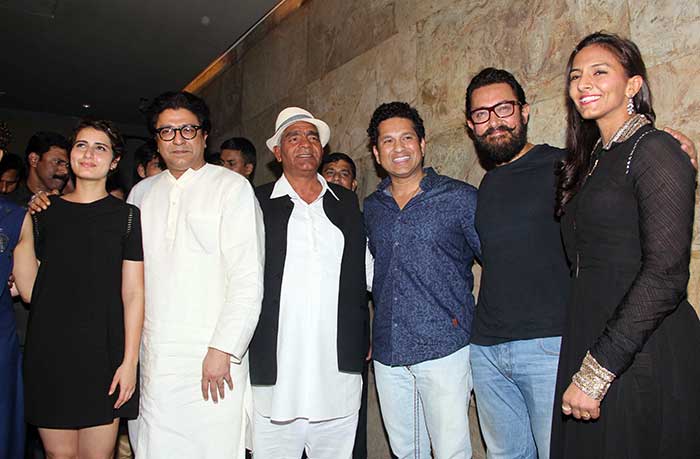 Child actors Zaira Wasim and Suhani Bhatnagar play the younger versions of Geeta and Babita in Dangal. It was one big happy family headlined by Aamir. 
What a film #dangal is !!! Such an important event for the women & sports in our country @aamir_khan inspires us again, spellbound & in awe.

Meanwhile, Aamir Khan said that megastar Rajinikanth "loved" Dangal. Aamir approached Rajinikanth to dub for the Tamil and Telugu versions of his film. A detailed discussion later, the idea was dismissed as Rajiniknth's voice is "too recognizable." In an interview with Indian Express, Aamir said: "Dangal is being dubbed in Tamil and Telugu. I did approach Rajini sir and he loved the film. After discussing with him both he and I felt that his voice is too recognisable. He is so popular that his voice won't suit my face. We both felt that. But he loved the film. He was very encouraging."
Dangal also stars Sakshi Tanwar as the wife of Aamir's character in Dangal. Aamir had put on 25 kilos to suit his character as the older version of Mahavir Singh Phogat. He weighed 90 kgs at one point before losing the extra weight for his scenes as the younger Mahavir Phogat. Aamir's 'fat to fit' transformation has been a trending topic since he shared the details of his training regimen.
Directed by Nitesh Tiwari, Dangal hits screens this Friday. Buckle up.
(With PTI inputs)