Zaira Wasim said: "I hate to watch myself on the screen. It's annoying and embarrassing. I never watch my interviews" 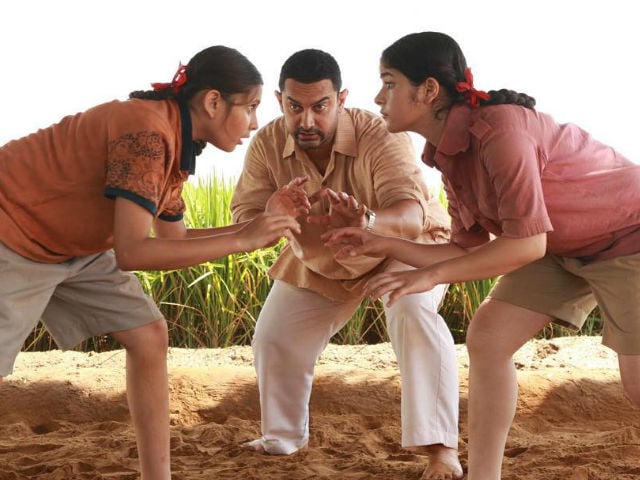 Kashmiri actress Zaira Wasim, who played the younger version of Geeta Phogat, in Aamir Khan's Dangal says he "hates" to watch herself onscreen. The actress was in conversation with young writer Zuni Chopra, at the event to launch her book, when she said that she doesn't watch any of her interviews, reported news agency IANS. "I hate to watch myself on the screen. It's annoying and embarrassing. I never watch my interviews. I am even scared to watch my film," said Zaira. The 16-year-old actress played the part of Geeta Phogat, daughter of wrestler Mahavir Singh Phogat, who was coached by her father and went on win the first gold medal in women's wrestling in 2010 Commonwealth Games.
Zaira said that she's a debutant and doesn't know about challenges. "I just blindly follow the instruction given by directors. It's up to the writers who write brilliantly-shaped scripts and they are the ones who decide what we (actors) should do. I think the entire credit should go to the writers. Even in Dangal, if it would not have been a brilliant script, I don't think I would have been called a good actor," IANS quoted her as saying.
Zaira plays the role of a young woman whose father forces her into the sport of wrestling. He takes away whatever she hold dear an in one scene Mahavir Phogat (played by Aamir Khan) forces her to get her hair chopped off. When asked how did she prepare for the emotional scenes, Zaira said: "If the scene is emotional or intense, I need my own time. I would rather prefer sitting in one dark room try to comprehend what coming up next. Everyone needs their own space, so do I," reports IANS.
The grown up version of Geeta Phogat was played by actress Sana Fatima Shaikh. Aamir plays both young and old Mahavir Phogat while Suhani Bhatnagar and Sanya Malhotra play the younger and older version of Geeta's sister Babita Phogat.
Nitesh Tiwari-directed Dangal released in December last year and has made above Rs 380 crore so far.
(With IANS inputs)