Darsheel's new film is a love story of a teenager. 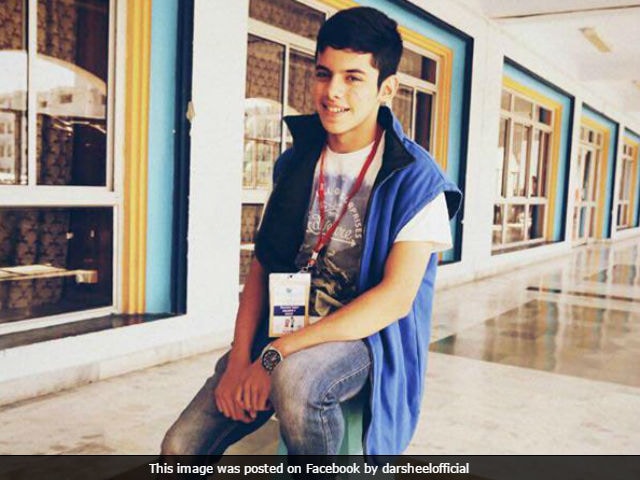 Darsheel Safary, who made his Bollywood debut with the 2007 movie Taare Zameen Par starring Aamir Khan, is set to return to the big screen with Quickie, which is directed by Pradip Atluri. Darsheel Safary unveiled the poster of his upcoming film on social media on Tuesday. The movie, inspired by true emotions, has a tagline that reads: 'No buffering, no suffering'. Quickie, which is jointly produced by Tony D'Souza, Amul Vikas Mohan and Nitin Upadhyaya, is about a teenager's love story. Nothing is known about the movie's female lead yet. Darsheel Safary has also featured in movies such as Bumm Bumm Bole, Zokkomon and Midnight's Children. The actor will be making a comeback to the big screen after a gap of five years.
Check out the poster of the film here:

Darsheel Safary also participated in the season five of the popular dance reality show Jhalak Dikhhla Jaa in 2012. He has been involved in theatre activities since September last year. He made his debut in theatre withCan I Help You?, directed by Abhishek Pattnaik. Darsheel also featured on television show Sun Yaar Try Maar and did a couple of advertisements.
Darsheel Safary's debut movie Taare Zameen Par was critically acclaimed and won several awards including National Film Award for Best Film on Family Welfare. Darsheel portrayed the role of an eight-year-old dyslexic child, Ishaan in the movie. The film showed how his art teacher helped him overcome his issues and realise his potential. His performance was praised not only by critics but also the entire film industry.
Best of luck, Darsheel, for your second innings.