DDLJ is 20: Watch Unseen Footage of the Making of a Blockbuster 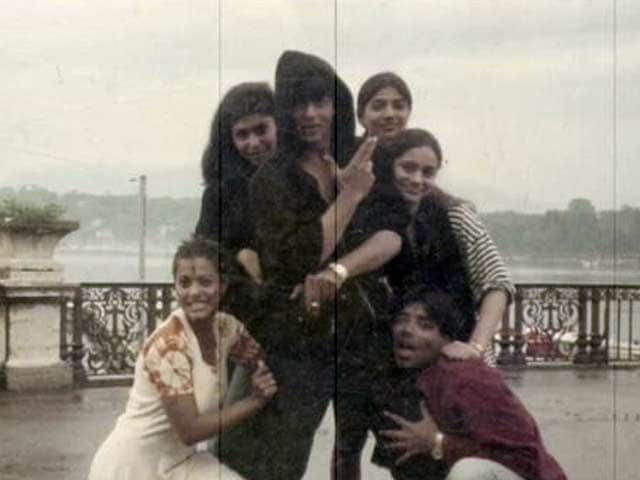 'Khadoos' Aditya Chopra wanted to 'shoot' Kajol. Yash Chopra called her 'pagli'. YRF documentary reveals interesting trivia about film. Sample this statement by Karan Johar, "Kajol is a brat. She's loud, she's noisy, she's too difficult to control. Adi used to get fed up, Farida Jalal wanted to kill her. I had to control her because I was her best friend"

Can it really be 20 years since Shah Rukh Khan and Kajol redefined love for an entire nation in Dilwale Dulhania Le Jayenge? In a fascinating documentary released by Yash Raj Films, the cast and crew of the film re-live their experiences during the making of the film. The 1995 blockbuster, which catapulted SRK, Kajol and its debutant director Aditya Chopra to superstardom, remains a benchmark for romantic drama in Bollywood even today. It holds the record for the longest running film in the history of Indian cinema and continues to be screened at the Mumbai's iconic Maratha Mandir theatre. (Also Read: 20 Years After Dilwale Dulhania Le Jayenge, 20 Top Moments From the Film)
The special feature is packed with interesting trivia right from Kajol being labelled a 'brat' and Aditya Chopra wanting to 'shoot her,' to her reluctance to shoot the popular song Mere Khawbo Mein Jo Aaye in a towel. There's also an unseen video of Juhi Chawla's cameo which did not make it to the final cut.
Besides SRK and Kajol, filmmaker Karan Johar, Yash Chopra's wife Pamela, music composers Jatin Lalit, and choreographer Saroj Khan recount interesting incidents during the shoot. In between their discussions, the makers cut to footage archived from 1995 - audience response in theatres, interviews with bandwaalas and staff from Maratha Mandir - and rare black and white photographs of the cast taken off sets.
Highlights from the documentary:
Kajol on famous 'lipstick scene': Within 50 retakes, Aditya Chopra was pakaoed with us. He just wanted to shoot us in the head at that point in time and kill us.
Karan Johar on Kajol: Kajol is a brat. She's loud, she's noisy, she's too difficult to control. Adi used to get fed up, Farida Jalal wanted to kill her. I had to control her because I was her best friend. Her preparation is this nervous energy. Yash uncle used to call her pagli. But when the camera rolled, bang boom she was on.
Shah Rukh Khan on Kajol: You will not find a better pair of eyes than Kajol's
SRK on Aditya Chopra: Aditya Chopra is very very different on the sets. We call him khadoos, added SRK. He's very strict on the sets. His brows are closely knit. He's got a scowl on his face. He doesn't smile.
Karan Johar on Aditya Chopra: Aditya Chopra is definitely a dictator. It's either his way or the highway. Adi wanted to change the Yash Raj format. For example, he wanted to replace Chiffon saris (hallmark of Yash Chopra-films) with satin ones, but that didn't work. The film ended up being a quintessential Yash Chopra film
SRK thought it was a 'girlish' film: I kept telling them this was a girlish movie. I never wanted to do a romantic role. By the time I joined films, I was 26 and I thought I was too old to be a romantic hero. Throughout the film, I kept telling them why they wanted to do such a film.
Karan Johar: I never went to a film school, assisted in anything else. My only training ground as a filmmaker is Dilwale Dulhania Le Jayenge
Anupam Kher's character was based on Yash Chopra, revealed Pamela Chopra.
Watch