We picked three characters for Dear Zindagi's Shah Rukh Khan to advise - the first of which, his own character Sunil from Kabhi Haan Kabhi Naa, made him very nostalgic 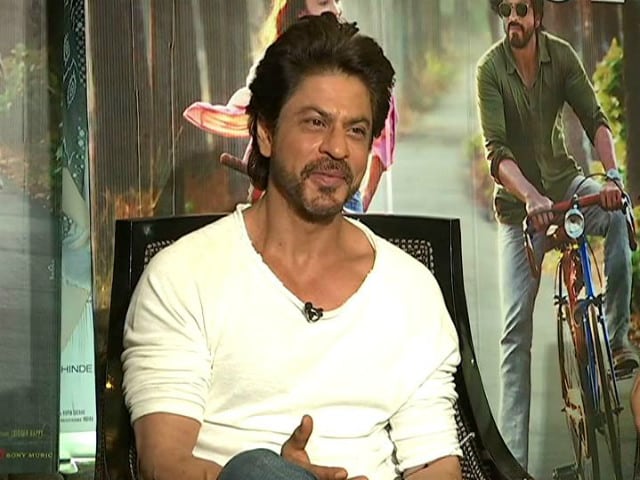 As Jehangir or Jug in Dear Zindagi, Shah Rukh Khan dispenses advice to Alia Bhatt's character Kaira, who is dealing with one heartbreak too many. It's a role that fits SRK, 51 and married for 25 years, like a glove. So when NDTV met him in New Delhi on Tuesday - he was promoting Dear Zindagi with Alia - we asked him to give the benefit of his decades of experience to other characters in similar romantic difficulties. Because ae dil hai mushkil and never more so than in Bollywood's often-tangled plots. We picked three characters for SRK to advise - the first of which, his own character Sunil from Kabhi Haan Kabhi Naa, made him very nostalgic.
Sunil, a loveable slacker living in Goa (where Dear Zindagi is also set), loves Anna, played by Suchitra Krishnamurthy. But Anna loves Chris, Sunil's friend and bandmate. After much ado about everything, Anna and Chris get married, despite the several obstructions engineered by Sunil. Dear Shah Rukh Khan, we asked, what advice would you give Sunil?
"No advice at all. He was beautiful," Shah Rukh Khan said, "I would take advice from him." Sunil, despite having lost the girl, handled his own matters of the heart like a boss. "He goes to the girl and says I love you very, very, very much, I will make you happy. I am not good-looking and I don't have money but the one thing I can offer you is love. You can't teach a man like Sunil anything," said SRK.
SRK also told us that his own favourite scene from the film was the wedding at the end, in which Sunil, playing the best man, drops the ring. In the script, Sunil is meant to find the ring and hand it back to the bride and groom - Suchitra and Deepak Tijori - as a symbolic sacrifice of his own feelings. "I couldn't do it. Every time the ring fell, I would say 'nahi mili,'" SRK said.
From Sunil's unrequited love for Anna we progressed to October release Ae Dil Hai Mushkil, in which Ranbir Kapoor loves but is not loved by Anushka Sharma and also has a complex relationship with Aishwarya Rai Bachchan. SRK, in a special appearance, plays Ash's ex-husband. Dear Shah Rukh Khan, we asked, what advice would you give Ranbir's character in Ae Dil Hai Mushkil?
"I think I did give it to him already in the film. "Ek tarfa pyaar ki taakat kuch aur hi hoti hain. Jis se tum sabse zyaada pyaar karte ho, usi ki zaroorat nahi hoti hai. It's better to have loved and lost than to never have loved at all is a sad thing but I truly believe that," SRK said, adding that he hadn't been able to watch the final cut of Ae Dil Hai Mushkil because he's been so busy with Dear Zindagi and his other film Raees. (Aside: Shah Rukh Khan has also experienced unrequited love - for, ahem, Angelina Jolie)
Our final pick was Alia Bhatt's character in Kapoor And Sons. Alia plays Tia who is caught between two brothers, played by Sidharth Malhotra and Fawad Khan. Dear Shah Rukh Khan, we asked, what advice would you give Alia's character? And we got no answer because SRK, busy busy man, hasn't watched Kapoor And Sons, sheepishly confessing to Alia, "Yeh Kapoors-wali koi film hi nahin dekhi." Oh well. At least Alia has SRK's shoulder to cry on in Dear Zindagi.
Watch:

Dear Zindagi, directed by Gauri Shinde, releases this Friday. It also stars Kunal Kapoor, Adtiya Roy Kapur, Angad Bedi, Ira Dubey and Ali Zafar.
(Except for the headline, this story has not been edited by NDTV staff and is published from a syndicated feed.)