Dear Sridevi, Why Didn't You Do Baahubali? Ram Gopal Varma Wants To Know

"I wonder why Sridevi did not do Baahubali? What a super outstanding film it would have been in her illustrious career," read one tweet 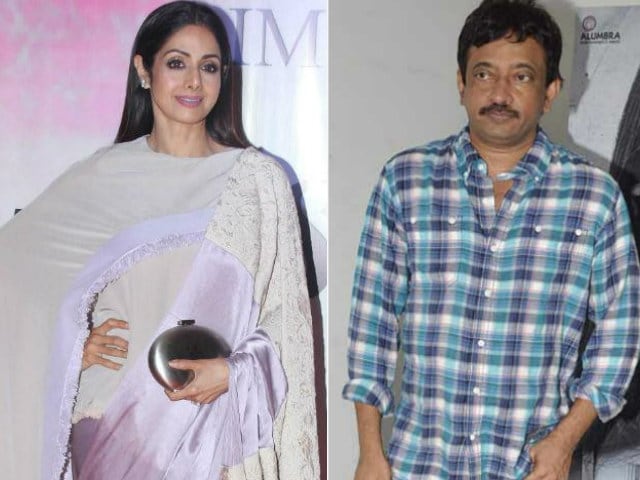 "Wonder why Sridevi did not do Baahubali," tweeted Ram Gopal Varma

Actress Sridevi was apparently Baahubali director S S Rajamouli's first choice for the role of Sivagami and her number one fan Ram Gopal Varma is curious about why she (reportedly) said no. Thinking out loud on Twitter, the filmmaker posted: "I wonder why Sridevi did not do Baahubali? What a super outstanding film it would have been in her illustrious career." In a second tweet, RGV wrote, completely ignoring Sridevi's last film Puli: "If Sridevi did Baahubali 2, she would have gotten more credit than Prabhas, it being her very next film after English Vinglish." Not entirely accurate, Ram Gopal Varma - Sridevi starred opposite Vijay in 2015 film Puli, after her triumphant comeback in 2012's English Vinglish.


I really wonder why @SrideviBKapoor did not do Bahubali 2 ?What a super outstanding film it would have been for her illustrious career

There's really no confirmation that Rajamouli offered the role of Sivagami to Sridevi first and was rejected, but the Internet and Ram Gopal Varma seem to think so. Sivagami, a pivotal character in the two Baahubali films, is played by actress Ramya Krishnan. Baahubali 2 released two Fridays ago and has made an incredible Rs 1,000 crore worldwide, toppling every previous record-holder including Aamir Khan's PK and Dangal. In USA, it even outperformed Hollywood offerings such as The Circle, starring Tom Hanks.
Ram Gopal Varma has a much publicised crush on Sridevi, 53, and has annoyed her husband Boney Kapoor often by being overly vocal and florid in his admiration, and dedicating a chapter in his autobiography to her. RGV has directed Sridevi in films like Kshana Kshanam.
Sridevi's next film is MOM, co-starring Nawazuddin Sidduqui and Akshaye Khanna.