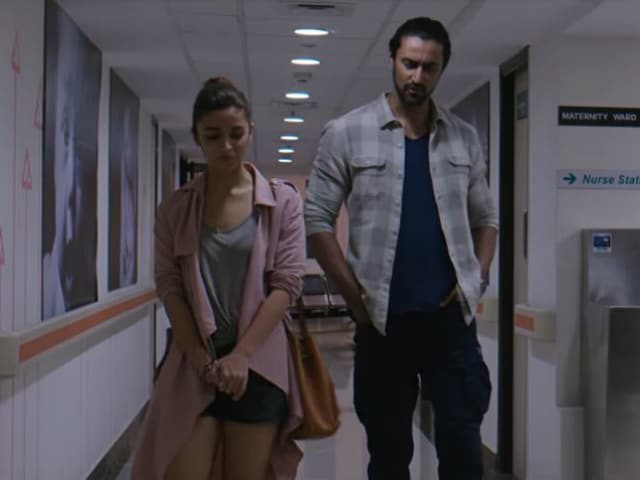 Dear Zindagi Deleted Scene: Alia Bhatt in a still from the video

Unseen footage from Alia Bhatt and Shah Rukh Khan's Dear Zindagi have making rounds on social media these days, and keeping up with the track, Team Dear Zindagi has posted another deleted scene from the slice-of-life film. Out of all the four deleted scenes release so far, this is the third time that the snippet doesn't feature Shah Rukh Khan in it. All the four deleted scenes portray Alia's character Kiara dealing with different situations in life. The deleted scene released on Wednesday, also features Kunal Kapoor, who stars as Raghuvendra. For the uninitiated, Raghuvendra was infatuated with Kiara and loses his calm during one of his encounters in the movie. In the video titled I'm Sorry, he genuinely appears to apologise to Kiara.
Kunal Kapoor, who plays one of Alia Bhatt's love interests in the movie, can be seen bumping into the actress in the hospital where she was to visit her newly-turned-mother friend. Kiara appeared absolutely calm has clearly moved on with her professional and personal life. Thanks to Dr Jehangir Khan.
Video: Watch Dear Zindagi deleted scene here:

Alia depicted the role of a girl who is suffering from multiple problems in life. Dear Zindagi portrays the journey of Kiara's association with Dr Jehangir Khan in the movie, played by Shah Rukh Khan. Dr Jehangir Khan or Jug, as he was fondly known, helped Kiara battle life problems and emerge as the winner. Here are rest of the deleted scenes from Dear Zindagi released so far:
Video: Watch Deleted Scene Ho Jaata Hai From Dear Zindagi:

The 23-year-old actress is currently busy promoting her upcoming Badrinath Ki Dulhania with co-star Varun Dhawan. She will soon be working on Ayan Mukherjee's Dragon opposite Ranbir Kapoor.